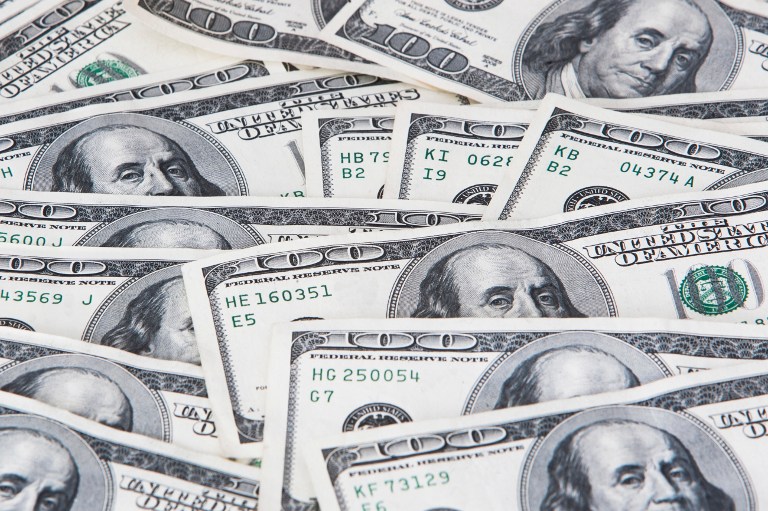 MYANMAR - Myanmar businesses ranging from restaurants to golf clubs have until the end of next month to stop charging in US dollars, the central bank announced in a snap move to stabilise the kyat currency.

Banks and official moneychangers will still be allowed to exchange dollars for the local currency but a host of firms, many in the service sector, will have to return their permits.

The special licences enabling firms to convert the US currency will be revoked to combat "dollarisation", the Central Bank of Myanmar said in a statement.

"Because of payments and sales in dollars, there has been dollarisation leading to an increased need for dollars, weakening the &39;Kyat&39; and causing exchange rate instability," it said.

The kyat has lost around 20 percent of its value against the dollar in the last six months. The official rate Monday was 1,283 to the dollar.

The central bank said affected businesses would have until November 30 to hand back their licences.

Those include hotels, restaurants, airlines and duty-free shops, meaning tourists may soon have to carry wads of local notes.

Myanmar, which in 2011 shrugged off the isolation and economic hardships of military rule, has won praise for reforms in recent years, including giving autonomy to the central bank and adopting a floating rate for the kyat.

The first handful of foreign banks permitted to operate in Myanmar in decades opened in April.

Myanmar also hopes to open a long-awaited stock exchange by the end of this year.

Sean Turnell, an expert on Myanmar&39;s economy, criticised the central bank&39;s decision for what he called "policy on a whim".

He said many tourism-related businesses would still have costs in dollars and would "presumably try to achieve this by an ever-fluctuating kyat price".

"According to my reading, every tourist will now have to exchange foreign currency for kyat cash and hand over the resulting brick," he said.

One foreign restaurateur, who currently charges in dollars and asked not to be named, said he was planning to switch to kyat payments when his business moves to another premises where rent would be paid in the local currency.

But in a city where most commercial rents are charged in dollars, businesses could struggle to find the cash to pay their landlords, he added.