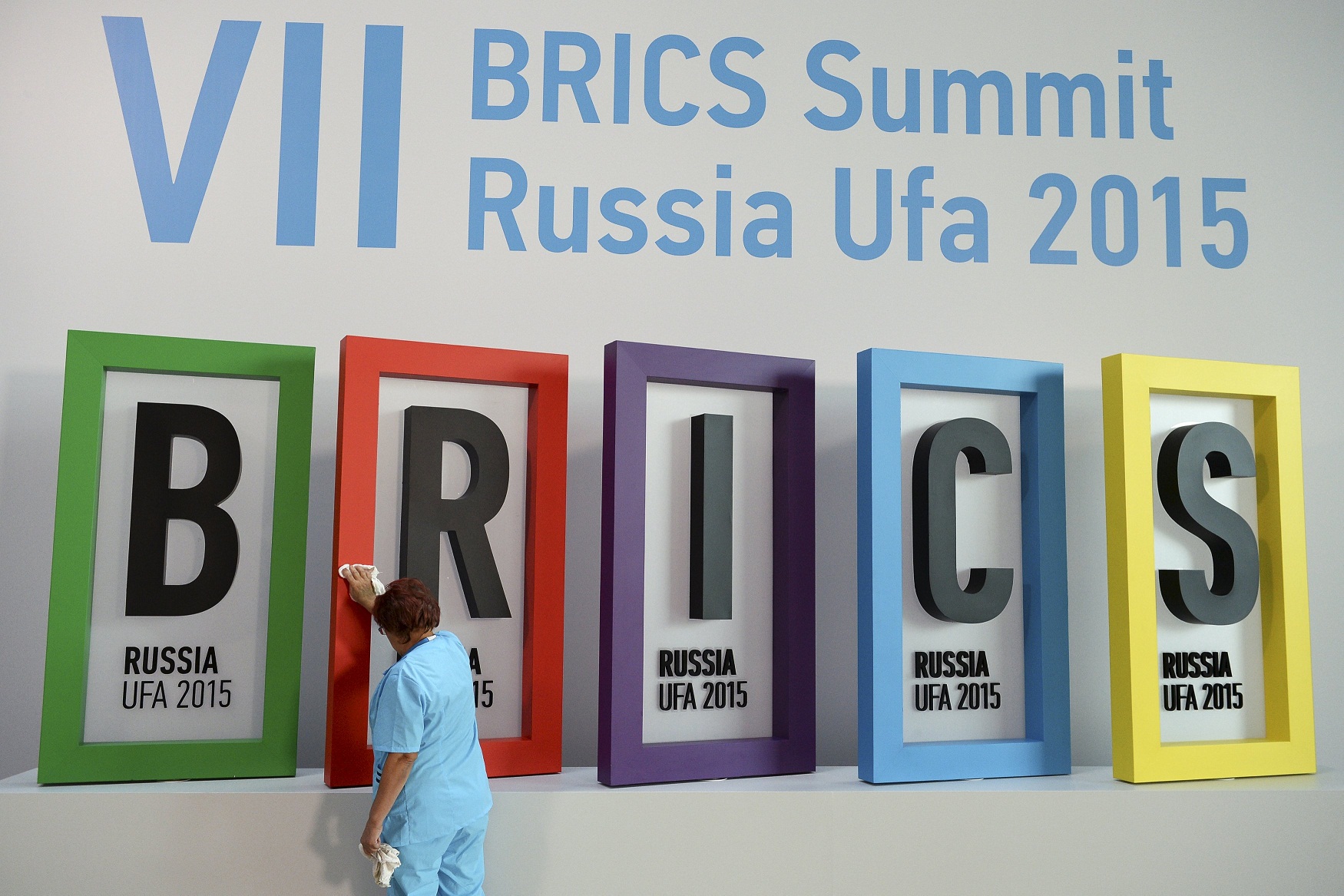 An employee cleans a board during the preparations for the BRICS summit in Ufa, Russia, July 7, 2015.

SHANGHAI - A new multilateral lender set up by the BRICS nations has approved its first set of loans valued at $811-million for renewable energy projects in four of its member countries, according to the bank.

The New Development Bank (NDB), which formally launched full operations in February, is backed by the BRICS countries of Brazil, Russia, India, China and South Africa.

The bank has been viewed as a challenge to other international institutions such as the World Bank.

The first group of projects approved by the bank&39;s board are in the area of "green" and renewable energy, according to a statement dated Friday.

A bank official told AFP on Saturday that the first batch includes four projects, one each in Brazil, India, China and South Africa.

"There are many more new projects in the pipeline including projects from Russia. They are at various stages of consideration or appraisal," the NDB spokesperson said in an email, but gave no further details.

China pushed for the establishment of the NDB, which is headquartered in its commercial hub of Shanghai, in what analysts say is part of government efforts to re-engineer the world&39;s financial institutions.

The NDB has authorised capital of $100 billion, with initial subscriptions set at $50 billion, according to its website. It is led by president K.V. Kamath, a former private banker from India.

The AIIB includes several European countries among its members, including Britain, but the United States and Japan declined to join.

The AIIB and the World Bank on Wednesday joined hands with an agreement to co-finance projects, they said, easing some of the worries that the two might be rivals.