WATCH: NUM Congress off to a shaky start 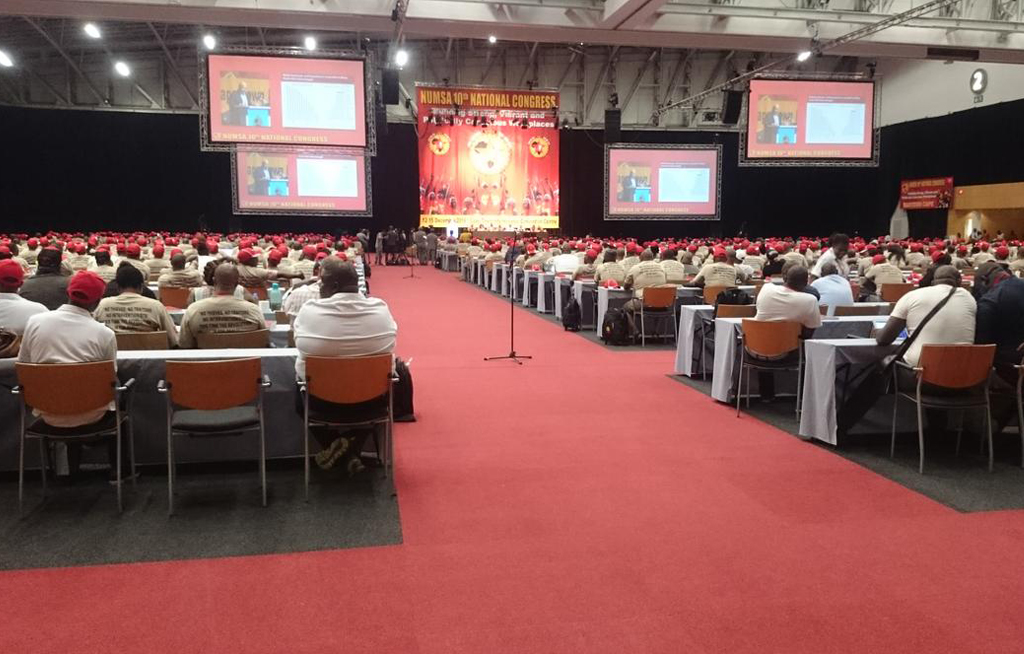 The National Union of Metalworkers (Numsa) is holding its National Congress in Cape Town this week.

JOHANNESBURG - The National Union of Mineworkers (NUM)’s Congress was off to a shaky start in Boksburg on Gauteng’s East Rand.

There were disputes over credentials among members.

NUMCongress2018 The credentials report is being presented. There are 641 delegates and 18 national officials present. There seems to be some objection by delegates from the North West. pic.twitter.com/XhdWBFcbXc

[HAPPENING NOW] The NUMCongress is adjourned for “10 minutes” in order to “consult” with former leaders of the union and Cosatu office bearers to resolve the impasse. At the heart of the dispute is the dissolution of the Rustenburg regional leadership which some want reversed. pic.twitter.com/xqAf1LbwH6

[JUST IN] After numerous delays, the Cosatu leadership has successfully intervened, helping the NUMCongress to finally adopt its credentials. NUM President, Thamsanqa Piet Matosa, is now delivering his opening speech to congress. pic.twitter.com/mknV7IKoq8

The Rustenburg region was disbanded weeks before the Congress.

The status of these members, and if they can attend and vote at the conference, is being debated.

The conference cannot continue if the impasse is not resolved.

On Wednesday afternoon, the Congress was on the verge of collapsing.

[HAPPENING NOW] The NUM elective congress currently taking place at the Birchwood Hotel, is on the verge of collapse with its President, Joseph Montisetse, being accused of failing to run the congress and trying to impose credentials. pic.twitter.com/i9lI5c6Rzn

[HAPPENING NOW] The NUMCongress meant to elect a new leadership, is on the verge of collapse with some delegates threatening to “nullify” it. pic.twitter.com/lrIGraxmfW

[HAPPENING NOW] Some within the NUM leadership are being referred to as “thieves, Guptas” and allegedly being in cahoots with “Saftu”. NUMCongress pic.twitter.com/frTZ28vtXn