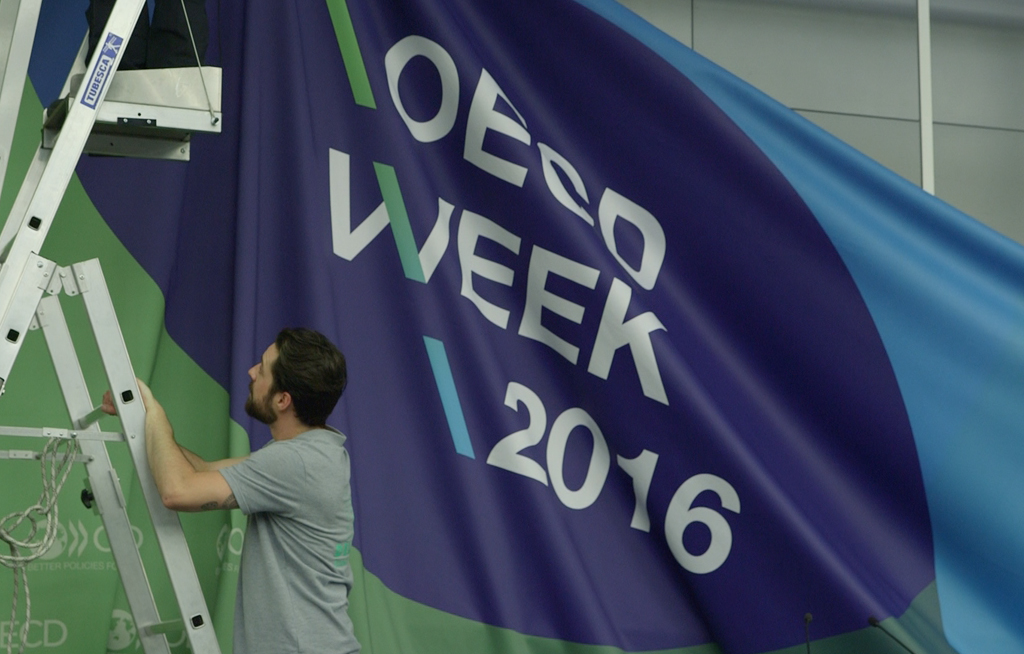 A man putting up a banner for OECD week.

JOHANNESBURG – Global growth will pick up faster than previously expected in coming months.

That's the view of the Organisation for Economic Co-operation and Development.

The organisation now estimates global growth will accelerate from 2,9 percent this year to 3,3 percent next year and reach 3,6 percent in 2018.

It also says it's optimistic about US growth prospects which it believes will accelerate to 3 percent in 2018, the highest rate since 2005.

This as the incoming Trump administration aims to cut taxes and to spend on infrastructure.

A resurgent US economy would help offset softness elsewhere in the world.

"The message of this economic outlook is that if policy makers can avoid the pitfalls of protectionism, and seize the opportunity for collective fiscal action, offered by still very low interest rates, combined with high priority structural reforms, the global economy can, at last, escape from the low growth trap," said Angel Gurria, OECD secretary general.