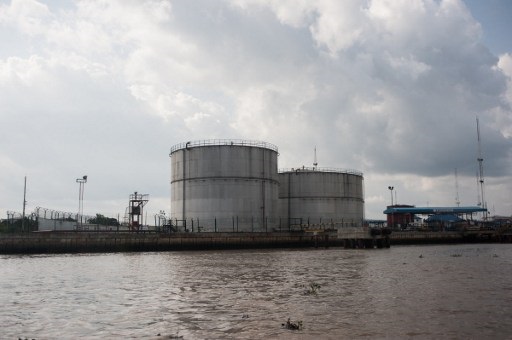 Both contracts rose Thursday on news that 6,000 barrels of gasoline had leaked from the Colonial pipeline that carries fuel from the Gulf Coast to the eastern United States.

The leak, however, was not enough to overshadow expectations that Libya and Nigeria are due to ramp up production.

Libya&39;s National Oil Corporation said this week it would double production within four weeks after it was handed control of crucial ports that had been seized by forces loyal to the country&39;s rival administration.

A persistent crude supply glut has hammered prices for more than two years as rival producers maintain high output levels in their fight for market share.

A meeting later this month in Algeria between Russia and the Organization of the Petroleum Exporting Countries is expected to touch on price stability but analysts remain doubtful a deal can be reached to freeze or cut output.

Halley said that in the absence of comments ahead of that meeting "the street turns to the only real game in town -- the (Federal Reserve policy board) rate decision" next week.

Traders are keeping tabs on the gathering after conflicting comments the past week from Fed officials on the need for a hike in borrowing costs.