Pfizer to buy US cancer drug company for $14 billion 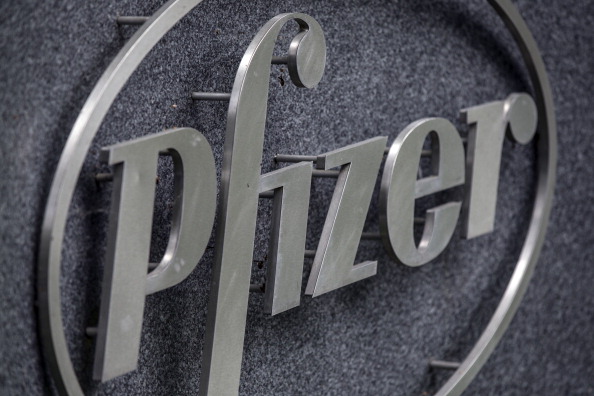 Pfizer faces growing political pressure at home and in Britain as speculation mounts on whether the US pharmaceutical giant will sweeten its buyout offer for British company AstraZeneca.

The offer is a 55-percent premium to Sanofi SA&39;s initial bid to buy Medivation for $52.50 per share in April, which pushed the San Francisco-based company to put itself up for sale. It represents a 118-percent increase since Reuters reported on March 30 that Medivation had hired JP Morgan to handle interest from companies in a potential acquisition.

The planned purchase of Medivation, with its $2.2 billion-a-year Xtandi, is the latest in a number of deals by large drugmakers willing to pay top dollar for cancer drugs that are more effective than standard, older treatments. Perhaps the most notable example is AbbVie Inc&39;s $21 billion purchase last year of Pharmacyclics. The deal gave AbbVie shared ownership with Johnson & Johnson in the blockbuster leukemia drug Imbruvica.

Analysts predicted the deal would not raise antitrust concerns because Pfizer does not currently sell a prostate cancer drug aside from generics.

Pfizer said its earnings would increase immediately after buying Medivation. The deal comes four months after Pfizer and Ireland-based Allergan Plc scrapped their $160 billion merger. Pfizer has since bought Anacor Pharmaceuticals Inc in a $5.2 billion deal to add an eczema gel to its portfolio.

The Medivation deal illustrates a shift in Pfizer&39;s M&A strategy from lowering taxes - the rationale behind the failed Allergan tax inversion deal - to strengthening its lineup of branded drugs, especially lucrative cancer treatments.

Pfizer, in a conference call with analysts, said it still plans to decide by year-end whether to split into separate companies selling either low-growth generics or patent-protected brand medicines.

"The Medivation deal increases the likelihood of a split," said SunTrust Robinson Humphrey analyst John Boris. But, he said, Pfizer would likely first try to buy other drugmakers or their best assets in order to further strengthen its branded-drug portfolio.

A year ago, Pfizer paid $15 billion for Hospira, which sells generic hospital products and is developing biosimilars meant to compete with big-selling injectable biotech drugs. That deal was seen by Wall Street as a way of bolstering its generic drugs ahead of potentially divesting the business.

Pfizer&39;s biggest growth driver is a new breast cancer drug called Ibrance. The company is also trying to catch up with Merck & Co and Bristol-Myers Squibb Co in developing immuno-oncology drugs that work by taking the brakes off the immune system to fight cancers.

Read said Xtandi, which was approved four years ago to treat men who had failed to benefit from prostate cancer treatments, could capture far greater sales if it is eventually approved for earlier use and is prescribed by urologists.

"The product is just at the beginning of its growth cycle," Read predicted.

Some analysts, including BMO&39;s Alex Arfaei, said Pfizer appeared to be overpaying for Medivation. But Piper Jaffray analyst Richard Purkiss said the price is not excessive given Xtandi&39;s potential for earlier treatment in coming years.

Reuters had reported that Pfizer, Merck, Celgene Corp and Gilead Sciences Inc had submitted expressions of interest to buy Medivation.

"Given the already very high price being discussed, the difficult public relationship between Medivation and Sanofi ... we see a higher bid as very unlikely, but not impossible," RBC Capital Partners wrote in a client note ahead of the announcement.

Sanofi said while it recognised the potential strategic benefits of a combination with Medivation, it was a "disciplined acquirer and remained committed to acting in the best interests of Sanofi shareholders."

Pfizer said the deal was approved by boards of both companies and should be completed in the third or fourth quarter.

Shares of other cancer drug companies, including Incyte Corp and Seattle Genetics, also rose on Monday, as investors speculated about more dealmaking in the sector.