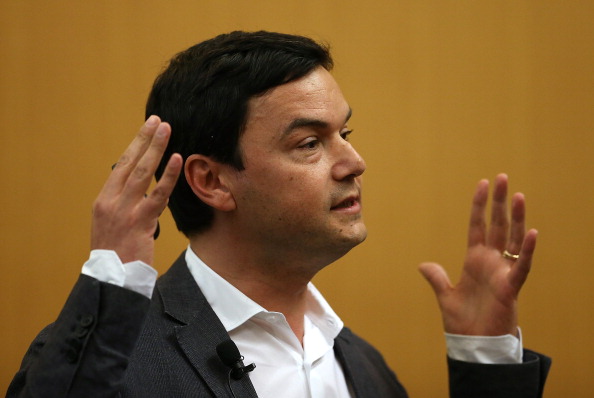 Economist and author Thomas Piketty speaks to the Department of Economics at the University of California, Berkeley in Berkeley, California. Economist author Piketty gave a lecture about his best-selling book titled 'Capital in the 21st Century'.

JOHANNESBURG - The fashionable French economist Thomas Piketty has proposed an annual, low-rate wealth tax and a minimum wage to start correcting the “disturbing” rise in inequality in South Africa since the end of apartheid.

The top ten percent of South Africans now earn 60 to 65 percent of total income, Piketty said in Johannesburg this week. That was higher than anywhere else. In Europe the top ten percent’s share of income is 30 to 35 percent; up to 40 percent in the UK, and even in Brazil – historically considered to be about as unequal as South Africa – the figure was 50 to 55 percent.

Piketty, whose book about the causes and remedies of inequality, Capital in the 21st Century, has become a best seller, is in South Africa to give a series of lectures and talks.

Addressing the Nelson Mandela Foundation in Johannesburg this week, he said some of the causes of the “paradoxical” and disturbing rise in inequality since the end of apartheid were beyond the government’s control.

These included a commodity boom in the 1990s which further boosted the wealth of the few; a rise in neo-liberal economic policy which discouraged government intervention in the economy, and an improvement in tax collection after 1994 which may have captured tax payers who had been undetected before.

But some things were within the government’s control, Piketty said, noting that other countries had succeeded in overcoming inequality through measures such as land redistribution.

“And it’s clear if you only have BEE type policies which are solely based on voluntary market transactions and market prices, this puts very strong limits on what you can do in terms of reducing the concentration of wealth.”

South Africa should introduce a minimum wage which both rich countries, such as the US and emerging economies such as Brazil, had successfully done. In Brazil the minimum wage had played a very big role in reducing inequality under previous president Lula da Silva.

But the single most important measure South Africa could take to reduce inequality would be an annual, progressive wealth tax on individuals.

That could start at a very low tax rate of say 0.1 percent for less wealthy individuals and rise to 0.5 percent for the wealthiest. Apart from reducing inequality itself, the wealth tax – for which wealthy individuals would have to declare all assets – would create more transparency about who owned what and how this was changing over time. This would allow the government to formulate policy for reducing inequality.

“We actually have no numbers at all about the concentration of wealth and wealth inequality in South Africa since the fall of apartheid. So we discuss about the impact of BEE but we have no data,” he said. This severely restricted any debate about how to reduce inequality.

Piketty said he believed the tax commission was discussing whether estate duties should be reformed, which was important. But it was not enough and the re-distribution of the wealth of the living was even more important.

He also suggested that land redistribution would become necessary but did not elaborate on when or how.

When it was put to him that high unemployment in South Africa was probably largely due to rigid labour laws, he suggested that a combination of a minimum wage and more flexible labour contracts could be the answer.

Piketty was asked how he could propose more taxes when the top one percent of South African earners were already paying 45 percent of taxes. He said that referred only to income taxes which comprised one quarter to one third of all taxes. The top one percent were paying a lower share – around 30 percent – of the total tax burden.

The reduction in extreme inequality in Europe after World War 1 and especially World War 2 with the introduction of measures such as the welfare state and progressive taxation had greatly stimulated the huge growth spurt of the 1950s to 1980s, Piketty said.