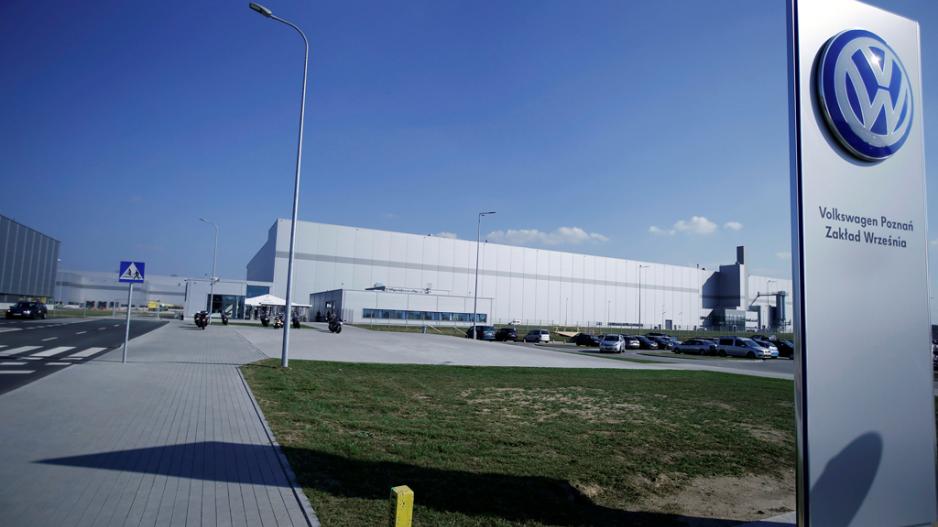 General view of the newly opened Volkswagen factory in Wrzesnia near Poznan.

The Polish UOKiK competition and consumer protection office said the group risked "a fine in the amount of up to ten percent" of its turnover in Poland for having misled consumers.

But the office also said in a statement published on its website that it could "refrain from imposing a fine" should VW commit to taking "steps to remedy the effects of the infringement which have a detrimental effect on consumers."

The German-owned auto giant admitted last year it had installed software on as many as 11 million diesel vehicles sold worldwide to circumvent tests for emissions while enabling them to release up to 40 times the permitted amounts of nitrogen oxides during actual driving.

Volkswagen sold around 200,000 emissions-cheating vehicles in Poland, according to the Polish StopVW association that launched civil legal action against the group last year.

VW looks set to pay $4.3 billion (R58.52 billion) to settle a US criminal case. The company already settled civil charges there in the scandal, agreeing to pay $14.7 billion in an agreement that permits owners of nearly a half million 2.0-liter diesel vehicles to either sell them back or get them fixed.