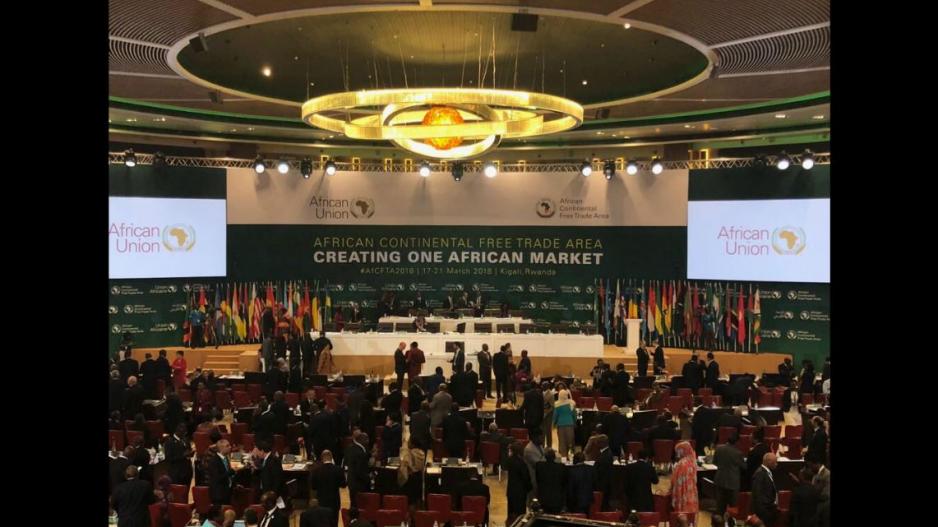 African heads of state and business leaders have converged in the Rwandan capital for the tenth extraordinary summit of the African Continental Free Trade.

KIGALI, Rwanda - President Cyril Ramaphosa has signed the Kigali declaration on the establishment of the African Continental Free Trade Agreement.

Ramaphosa, however, did not sign the agreement itself, as initially reported.

According to the Presidency, South Africa has some reservations over outstanding issues. The country says it was not given enough time to follow Constitutional and internal processes in order to sign the agreement.

Ramaphosa and other African heads of state and business leaders are in the Rwandan capital for the tenth extraordinary summit of the African Continental Free Trade.

At the moment, trade between African nations accounts for around 10 percent of the 55-nation continent&39;s total commerce.

The trade agreement will create a unified market of 1.2 billion and gross domestic product of over $2.5-trillion (R30-trillion).

President Cyril Ramaphosa speaks to members of the media after his meet and greet with the President of Senegal, His Excellency Macky Sall on the sidelines of the Extraordinary Session of the Assembly of the African Union AfCFTA2018 pic.twitter.com/aOGH0CKoqa