Rand drops below R14/$ barrier on weak US growth 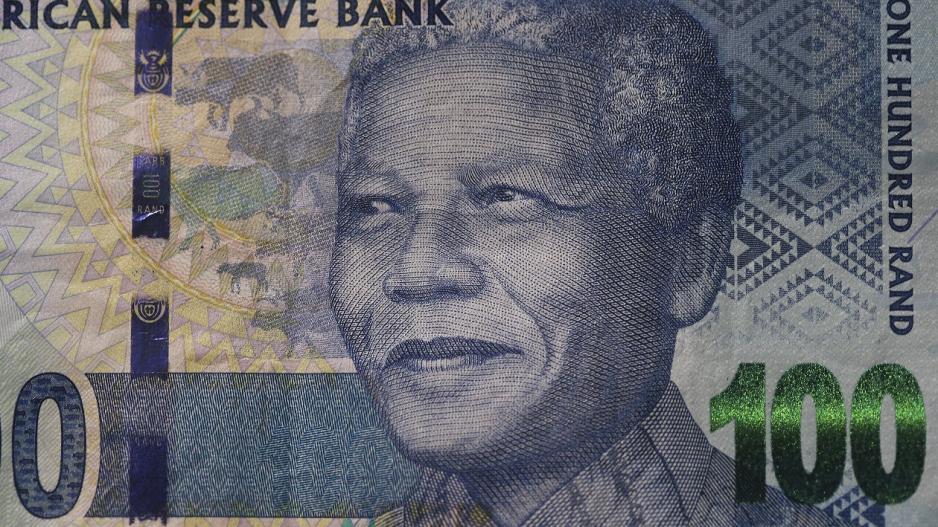 A section of the new one hundred Rand note featuring the face of former president Nelson Mandela is pictured in Cape Town, South Africa 28 March 2013.

JOHANNESBURG - The rand firmed more than 1% against the dollar on Friday afternoon after the US economy expanded by less than half of what markets expected.

US GDP‚ the broadest measure of goods and services produced across the US‚ grew at a seasonally adjusted annual rate of 1.2% in the second quarter‚ the US commerce department said on Friday.

The figure was well below the 2.6% growth economists surveyed by The Wall Street Journal had forecast‚ Dow Jones Newswires reported.

The gain marks only a slight acceleration from the first quarter‚ when GDP advanced at a downwardly revised 0.8% pace‚ the newswire said.

The weaker-than-expected growth data dampened expectations of a US interest-rate increase in the near future‚ which supported emerging-market currencies such as the rand.

A local trade surplus of R12.5bn was recorded for the period January 2016 to June 2016‚ compared with a R23bn deficit recorded in the comparable year-earlier period.

These figures include trade data with Botswana‚ Lesotho‚ Namibia and Swaziland.