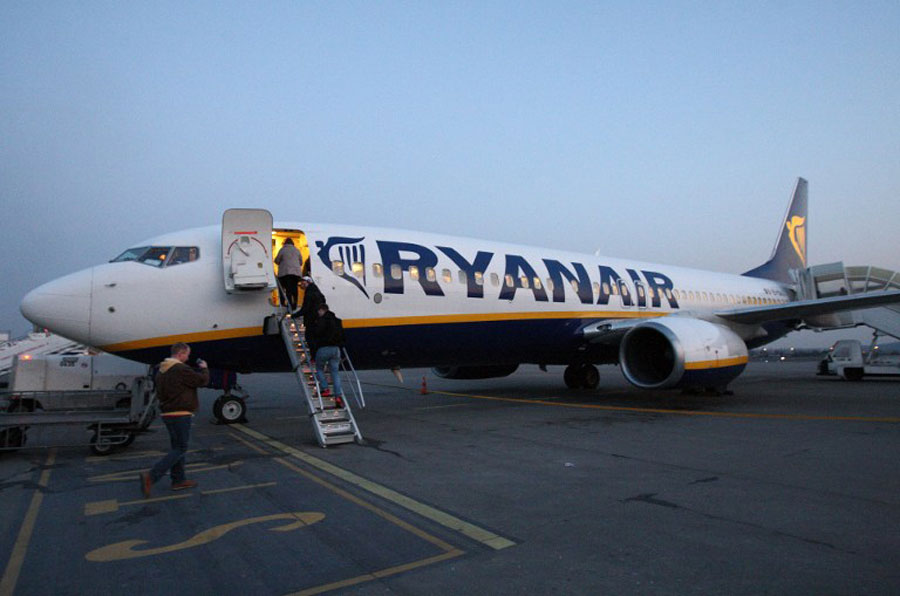 ROME – Michael O&39;Leary insisted on Thursday he will be at the controls of Ryanair for years to come and scotched suggestions the Irish airline&39;s financial success could trigger takeover interest.

In Rome to launch new routes, the low-cost carrier&39;s chief executive joked that Ryanair was now too valuable to be vulnerable to a bid from the deep-pocketed carriers of the Gulf.

And he said he could not envisage getting into the kind of partnership low-cost rival Air Berlin has forged with Abu Dhabi-based Etihad Airways, which also now controls Alitalia.

"Ever is a long time and you should never say never," O&39;Leary said. "But unlike Alitalia, we don&39;t need the Gulf carriers, we compete with them.

"I don&39;t see any reason for us to work with the Gulf carriers and I don&39;t think they&39;ll ever be able to buy Ryanair.

"They are not rich enough to buy Ryanair!"

O&39;Leary said the Gulf&39;s airlines were focused on the long-haul market, meaning their partnerships in Europe served primarily to funnel passengers towards their Middle Eastern hubs.

"I don&39;t see the Gulf carriers as the enemy. The fact they&39;re running Alitalia and Air Berlin for their own interests means they keep them as pretty poor competition for us."

In typically outspoken form, the 54-year-old also insisted his personal enthusiasm for a job he has been doing since 1994 remains undiminished.

After hitting financial turbulence with a string of profit warnings last year, Ryanair has bounced back strongly this year.

On Wednesday it said strong summer demand and its net profit for the year to March next year would be around €1,2bn (R18,7bn), a quarter higher than previously anticipated.

The company expects to carry a record 104-million passengers over its financial year and its current share price gives it a market capitalisation of €18,8bn.

Ryanair announced a total of seven new routes from Rome&39;s Ciampino and Fiumicino airports for next year&39;s summer season.

They include new daily services to Berlin, Bucharest, Copenhagen and Malta and flights either two or three times a week to Rabat, Alicante in Spain and the Greek island of Kos.

O&39;Leary said Ryanair would like to expand even further in Italy and urged the authorities to lift "artificial" restrictions on the number of flights that can be operated from Ciampino, a partly military airport on the eastern edge of Rome.

"The restrictions were said to be about noise but the number of military flights has always been unlimited. It was always a political thing about protecting Fiumicino and Alitalia. Now Alitalia is owned by Etihad, why not have more competition between the two airports?

"That&39;ll be good for growth, good for jobs and good for tourism," he said.

O&39;Leary added that the government should force Aeroporti di Roma, which operates both the capital&39;s airports, to offload Ciampino.

He also urged Prime Minister Matteo Renzi to drop a plan which will allow further consolidation of airport ownership in Italy, arguing that it would stifle competition and the expansion of capacity that the country&39;s tourist sector needs.