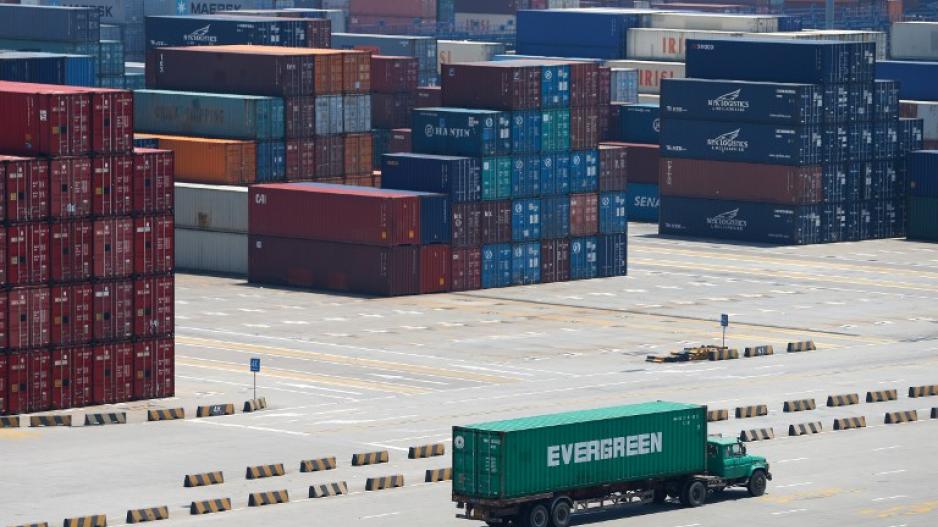 This picture was taken on July 30 at Yangshan port in Shanghai.

South Africa’s outstanding foreign debt rose from 35.4% of gross domestic product (GDP) at the end of June 2013 to 38.2% at the end of September — the highest level since the mid-1980s‚ the Reserve Bank reported on Wednesday at the release of its quarterly bulletin for the fourth quarter.

The Bank’s head of economic reviews and statistics‚ Johan van den Heever‚ said although these levels were lower compared with other countries‚ it meant the government could in future pay more in interests‚ which could in turn negatively affect spending on “more laudable” programmes such as education.

In monetary terms‚ the country’s total outstanding external debt increased from $130.4bn at the end of June to $136.6bn at the end of September as both foreign-currency- and rand-denominated debt rose over the period.

“The higher level of rand-denominated foreign debt also reflected a rise in the long-term debt of nonbank private-sector companies in a direct investment relationship‚” the Bank said.

Foreign-currency-denominated debt rose from $57.6bn to $60.6bn over the same period mainly due to international bond issues by general government and one of its parastatals during the third quarter of 2013.