Is SA heading for a recession? 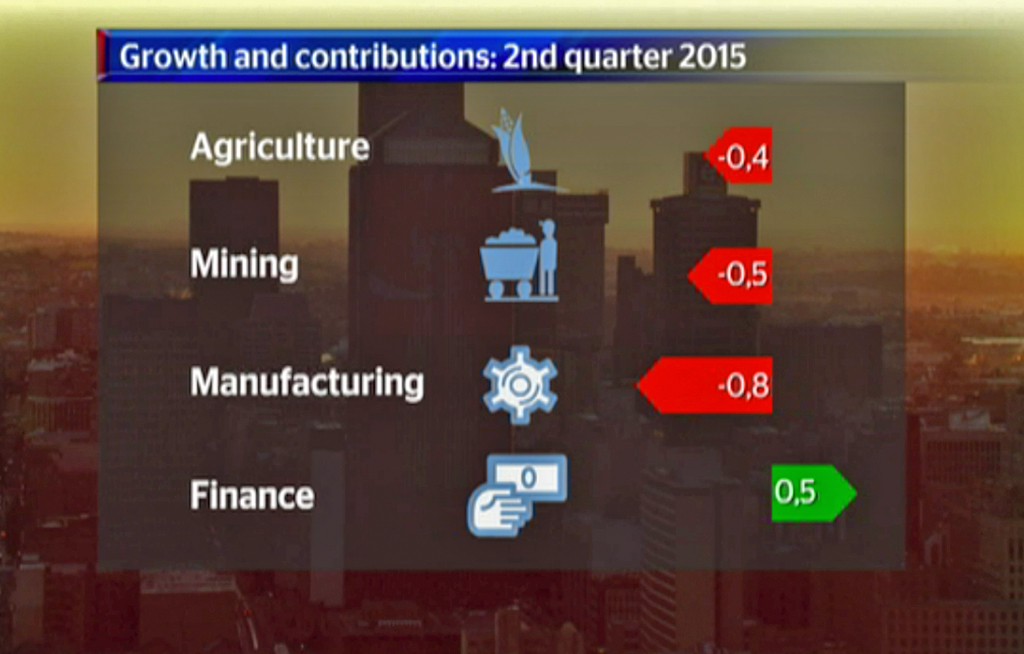 South Africa's economy weakened by 1.3 percent between April and June, this is compared to the first 3-months of the year.

JOHANNESBURG - As the local economy continues to stutter along, is the country heading for a recession?

South Africa&39;s economy weakened by 1.3 percent between April and June, this is compared to the first 3-months of the year.

It is news that will send a clear message to government - a contracted GDP in the second quarter.

Statistician General Pali Lehohala said, "But still when you look at all that in relation to the target of 5 percent growth per annum we are far away from that... these numbers have to get policy makers to sit up and say, what do we do differently?"

Global growth has also weakened in the same period, but this may be of little comfort to government.

Lehohala adds, "Not being alone in this space cannot be comfort for us."

"We are actually alone in terms of the depth of problems that we have in the country."

The rand&39;s recent fall to new all-time lows could also be felt in the months to come.

The same sectors which have seen losses in the second quarter are looking likely to be losers again between July and September. If that becomes a reality, then South Africa officially enters a recession.