SA to get $1,5-billion funding from New Development Bank 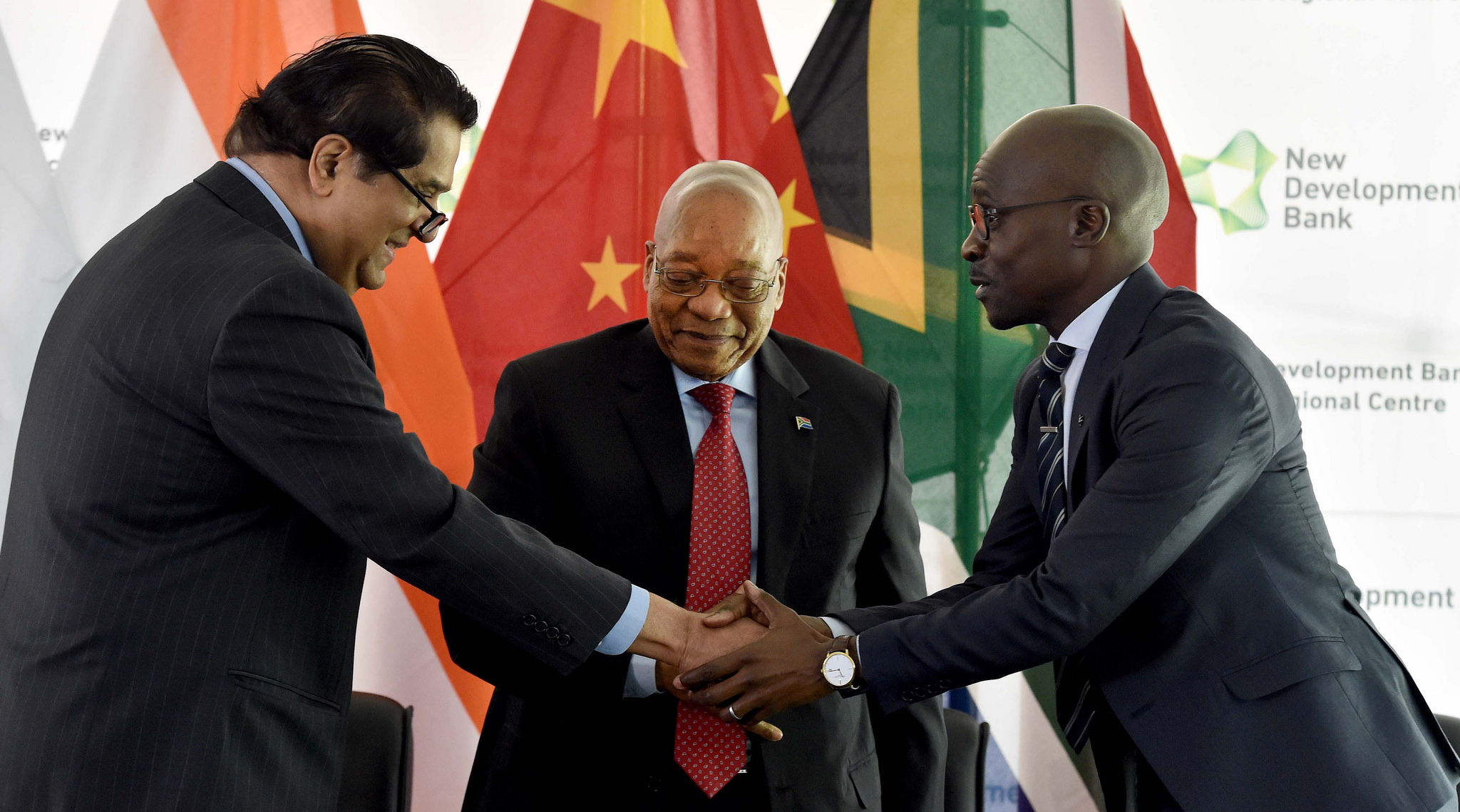 President Zuma joined by the President of the NDB, Mr Kundapur Vaman Kamath with Melusi Gigaba at ther the official launch of the African Regional Centre of the BRICS New Development Bank) in Sandton.

The bank is the brainchild of the BRICS group of countries.

It seeks to set itself as an alternative development funder to compete with traditional multi-laterals like the IMF and World Bank.

At the launch of its first regional centre in Sandton, the bank says it will issue debt in the currency of the country being given funding.

The African Regional Centre is the local arm of the New Development Bank.

READ: BRICS bank is offering more of the same rather than breaking the mould

Its aim is to fund infrastructure-related projects.

This year the bank approved loans worth $1,5-billion.

The president of the NDB said they expect to lend between $2,5-billion and $3-billion for ten projects this year and about $8-billion for 35 projects in 2018.

He said they will be looking at the local markets to raise funding.

“We have an appetite to lend SA R1.5 billion over the next 18 months,” said NDB President, K.V. Kamath.

Kamath said the bank has raised $450-million and plans to raise a further $2,5 through the Chinese bond markets.

A $180-million had been earmarked for Eskom’s renewal energy project but has since been put on hold.

The Finance Minister, Malusi Gigaba said this is because of challenges facing the entity.

“It was earmarked for green energy and that funding can't and could not be used for anything other than that. There is nothing out of the ordinary, it’s just a fact”

Attracting new members will be a priority.

“In April 2017 the board of governors took the first step towards this objective and approved procedures for admission of new members,” Kamath added.

Plans are in place to acquire an international ratings grade - as the bank is currently rated in China only.