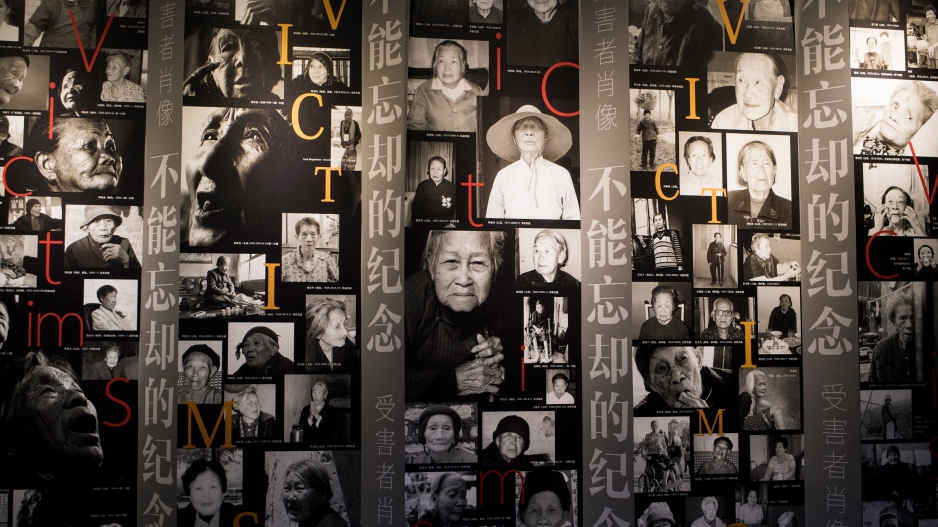 Pictures of so-called 'comfort women' on a wall in a museum in Shanghai.

SEOUL - South Korea Monday began an official review of a controversial agreement with Japan over Second World War sex slaves, formally reopening an issue that still strains ties between the US allies.

Mainstream historians say up to 200,000 women, mostly from Korea but also other parts of Asia including China were forced to work in Japanese military brothels during World War II.

The plight of the so-called "comfort women" is a hugely emotional issue that has marred relations between the Asian neighbours for decades. For many South Koreans, it epitomises the abuses of Japan's 1910-45 colonial rule over the Korean peninsula.

South Korea and Japan reached a "final and irreversible" agreement in December 2015, under which Tokyo offered an apology and one billion yen (now R117-billion) to open a foundation for the dwindling number of comfort women who are still alive.

The deal, reached by the previous Seoul administration of Park Geun-Hye, was condemned by some of the women and South Korean activists, who took issue with Japan's refusal to accept formal legal responsibility and questioned the sincerity of its apology.

"Our task is to thoroughly review the problems in the negotiations and in the agreement itself," its head Oh Tai-Kyu told reporters after its first meeting, adding the task force will consider "whether the opinions of the victims have been fully reflected in the agreement".

New President Moon Jae-In had promised a review on the campaign trail.

But the move threatens to complicate relations with Tokyo, even as the two countries, both of them security allies of Washington, face threats from nuclear-armed North Korea.

Japan maintains that the two countries must abide by the agreement.

Since its signing, it has pressed Seoul to remove a statue of a girl erected in front of the Japanese embassy in Seoul by activists to symbolise the victims of sex slavery.

They have since put up more statues - including one outside the Japanese consulate in Busan - which led to Tokyo recalling its ambassador for three months earlier this year.

A group of 12 comfort women filed a lawsuit against Seoul last year for signing the agreement without their consent and despite Tokyo's refusal to take legal responsibility.