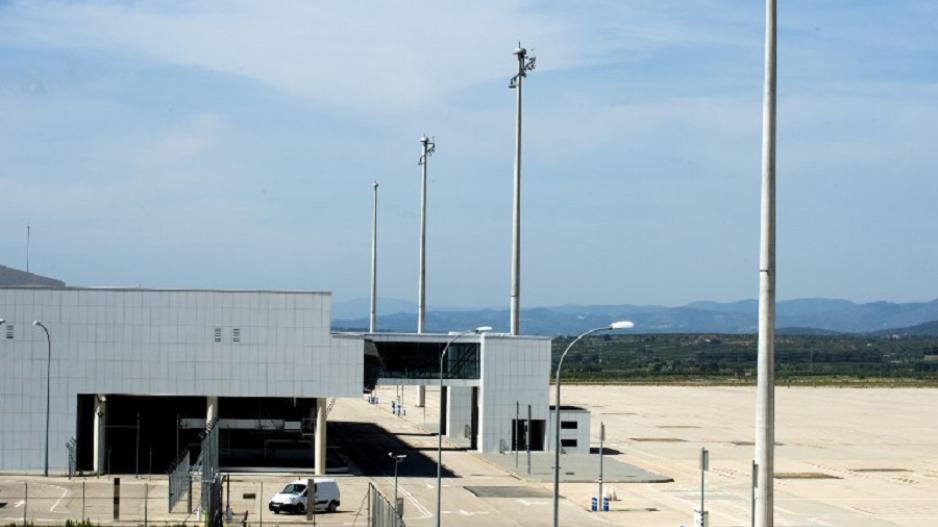 The main terminal of Spain's "ghost airport" Castellon just an hour's drive from the major airport of Valencia in the east, the Castellon became a symbol of the perceived excesses in the building boom which brought Spain crashing into recession from 2008.

MADRID - Spanish judicial authorities revealed Friday that the "ghost airport" of Ciudad Real, a symbol of the country&39;s financial excess in the boom years, had been sold off for 56 million euros ($62 million).

Spain&39;s construction and property sectors boomed until the downturn hit seven years ago and one victim was the airport, initially touted as an alternative international airport to Madrid&39;s Barajas.

Located around 240km (150 miles) south of the capital, however, the idea never took off.

Ciudad Real cost around a billion euros and opened in 2008 with putative capacity of 2.5 million passengers per year.

A bankruptcy auction last year attracted scant interest and finally the facility has been sold off for 56.2 million euros to an enterprise the regional court at Castilla La Mancha named as CR International.

A spokesman for the court told AFP further details on the deal would be available soon.

The sale of an airport which had tried to market itself as "Madrid South" would "allow the creation of many jobs and also investment" according to judge Carmelo Ordonez.

A trade tribunal rejected a 10,000 euro proposal to buy the airport last year from Tzaneen International, a Chinese investment fund.

Castellon airport in the east of Spain looked set to be another huge white elephant. It opened in 2011 but only finally attracted flights with lowcost carrier Ryanair last year.

Castellon features a statue of former provincial government head Carlos Fabra outside after he lobbied for its construction. Fabra 16 months ago began a four-year jail term for tax fraud.

Despite its airport construction woes Spain is enjoying a tourist renaissance as it returns to economic growth after seven lean years.

A Chinese consortium with should complete a takeover of the the club within six to eight weeks, a broker said on Saturday 16 April 2016.