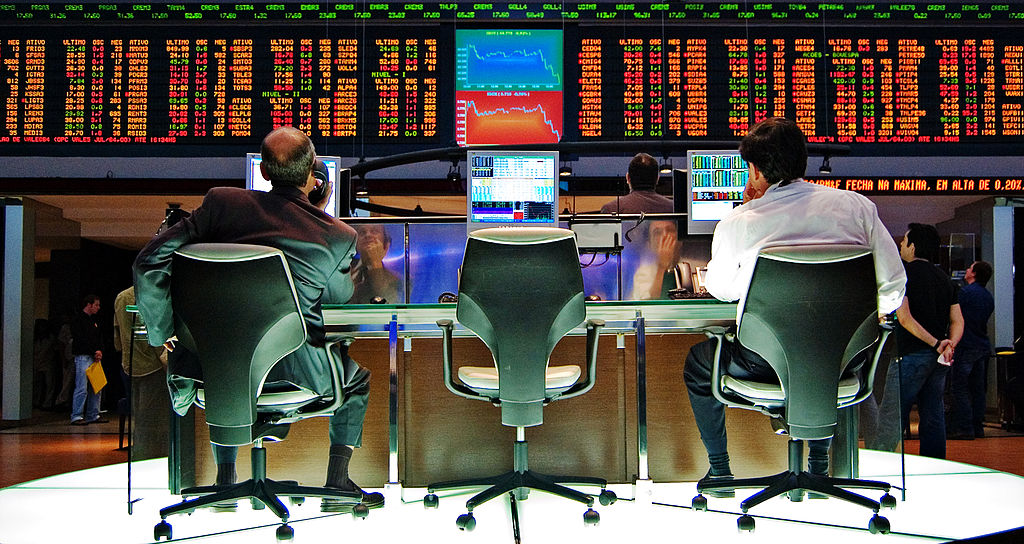 The So Paulo Stock Exchange (Bovespa).

LONDON - Stock markets fell sharply on Monday on trade war tensions as the US prepares to impose hefty tariffs on a range of Chinese imports.

WATCH: Trade War not ending any time soon, rather could spill over to emerging markets

Oil prices meanwhile retreated after US President Donald Trump tweeted at the weekend that Saudi Arabia&39;s King Salman had agreed to his request to open the taps wider.

In foreign exchange, the euro fell versus the dollar on political unease in Germany.

"Investors continue to be fearful about the global trade situation, and the sell-off in Asia overnight has weighed on sentiment in Europe," said David Madden, an analyst at CMC Markets UK.

"Uncertainty regarding German politics is playing into the decline," he added.

Trade war fears have rattled world markets and particularly China&39;s, which is now in bear territory having fallen 20 percent from their recent highs.

"China&39;s economy will slow down for the rest of the year, but we don&39;t need to worry about any stall yet," said Zhu Qibing, chief macroeconomy analyst at BOC International China in Beijing.

"The key is how international trade and the dispute between China and the US will evolve."

US levies on billions of dollars of goods due Friday come after data at the weekend showed Chinese manufacturing activity slowed in June as the world&39;s number two economy shows signs of struggling.

On Monday, Shanghai&39;s stock market dived 2.5 percent, while the yuan extended a retreat that has led some observers to suggest the country&39;s central bank is weakening the unit to offset the impact of a trade war.

While China is a key target in Trump&39;s protectionist America First agenda, he has also set his sights on allies including the European Union and Canada, which on Friday imposed hefty tariffs on $12.6 billion of US goods in retaliation for US measures on aluminium and steel.

Europe&39;s main indices were down about one percent around the half-way mark.

Earlier, the Bank of Japan&39;s Tankan report -- a quarterly survey of about 10,000 companies -- showed a dip in confidence from the previous three months, though economists pointed out that it is still around its highest level in more than a decade.

On currency markets, the euro dropped on worries about the future of German Chancellor Angela Merkel&39;s coalition government as tensions over migrant policy boiled over.

Investors are awaiting also the release Friday of US jobs data, which will provide another snapshot of the US economy and could provide the Federal Reserve with more ammunition to hike interest rates.