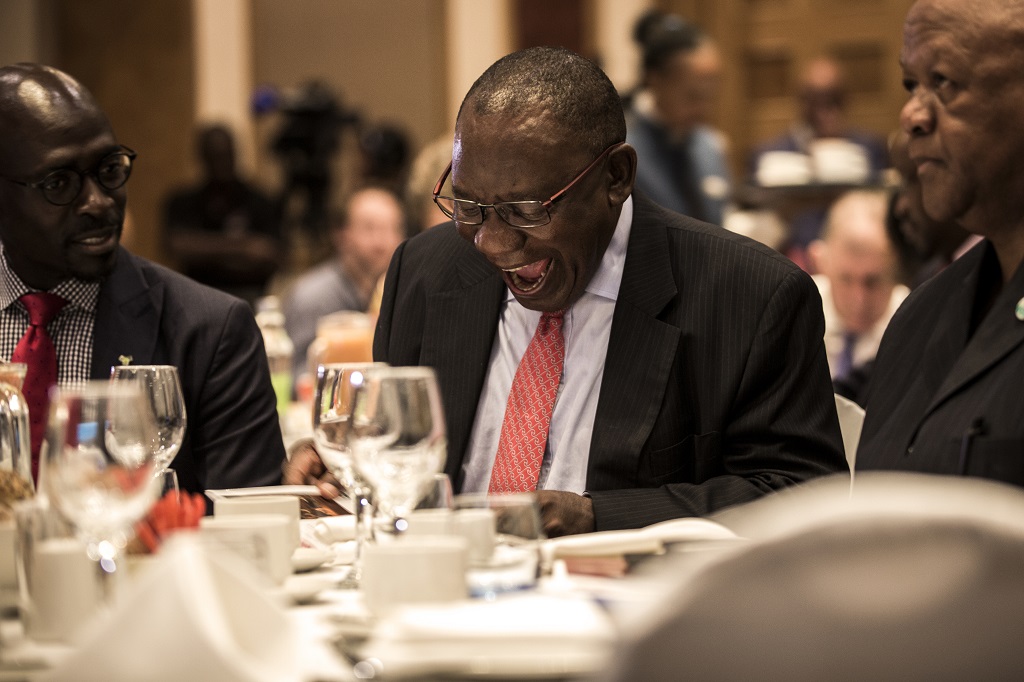 Deputy President Cyril Ramaphosa, flanked by Minister of Finance Malusi Gigaba (L) and Minister in the Presidency Jeff Radebe at a pre-Davos breakfast in Sandton on January 18, 2018.

This follows Ramaphosa&39;s leadership of a delegation to the World Economic Forum, a trip that&39;s reportedly improved investor sentiment toward South Africa.

WEF2018: Ramaphosa: "We are open for investment and will deal with all those issues investors have raised." Courtesy DStv403 pic.twitter.com/8AfS0VpTA5

Economist Professor Bonke Dumisa said: “I believe that we are going to see a lot of good planning as it is now. And I’ll tell you the reason why. The deputy president, Cyril Ramaphosa, together with [former finance minister] Trevor Manual were the real drafters of the NDP. Trevor was the chairperson of the national planning commission and Ramaphosa was the deputy. Now that the ANC president is the person who drafted the NDP, even people who weren’t really comfortable expressing their happiness with the NDP, everyone is now positive about the NDP."