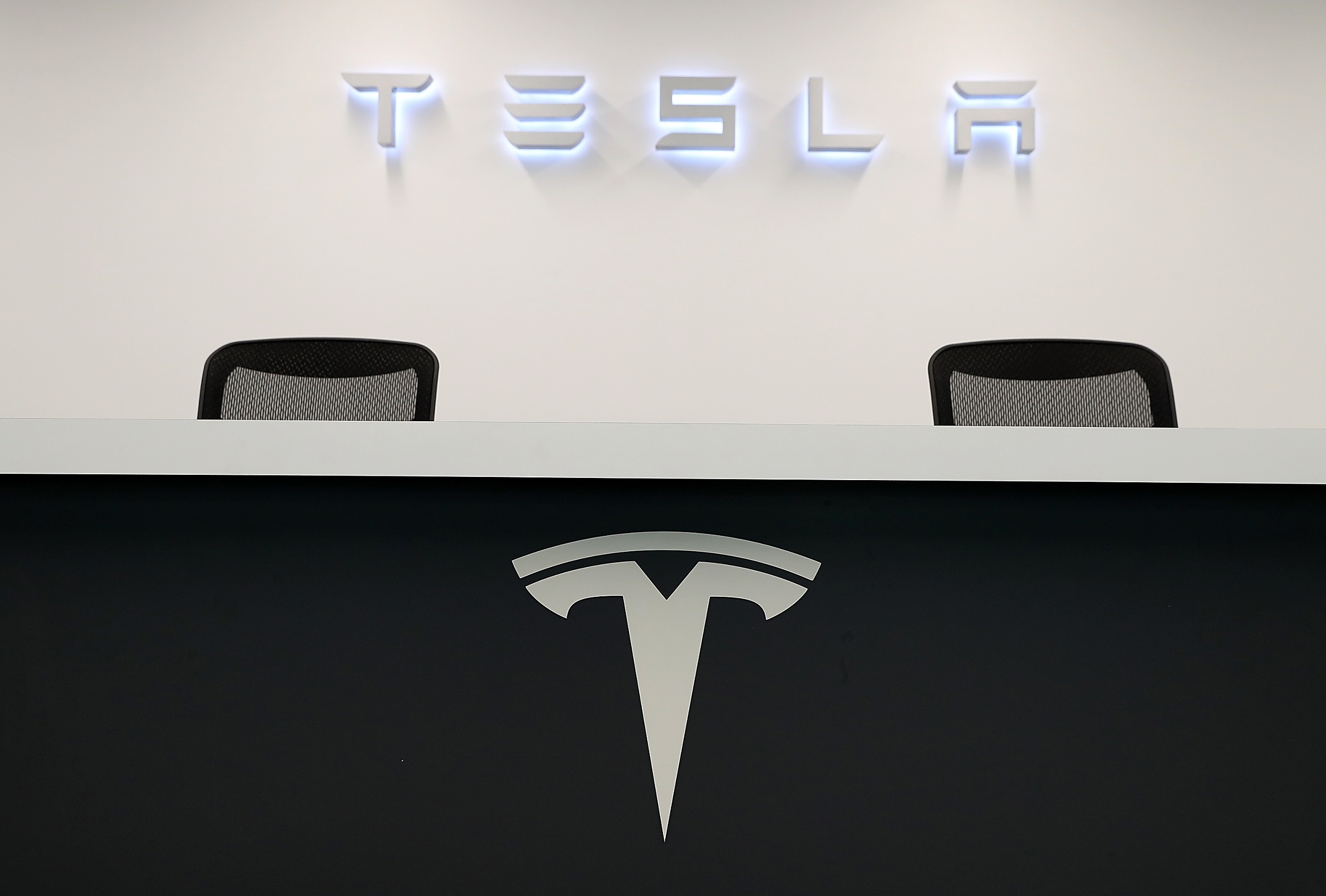 File: A Chinese security team has hacked a Tesla Model S and revealed several vulnerabilities in the luxury electric car.

NEW YORK - Tesla Motors overtook General Motors to become the biggest US automaker by market capitalization Monday, a sign of how Silicon Valley has captured investor excitement at Detroit's expense.

"More so than any stock we've covered, Tesla engenders optimism, freedom, defiance, and a host of other emotions that, in our view, other companies cannot replicate," Piper Jaffray said in a report moving Tesla to "overweight" in their recommendation.

"As they scramble to catch up, we think Tesla's competitors only make themselves appear more desperate," the report said.

Tesla's rise reflects a broader conviction in the market that the Silicon Valley company embodies the future the industry and has a firmer grip than traditional players on technologies that will inject more autonomous features into driving.

That is in spite of awareness that Tesla is still a bit-player as far as the number of vehicles on America's roads, and scepticism about the California company's ability to meet the ambitious timetable it has laid out for taking electric cars mainstream.

General Motors, in contrast, sold 10 million cars and took in $166 billion in revenues.

GM's strategy has included raising investment in autonomous vehicle technology and a commitment to profitable growth embodied by the March decision to sell its European brand Opel to French automaker PSA.

Tesla declined to comment on the rise in its valuation.

Not everyone is sold

Tesla, which last week overtook Ford in market capitalization, is on track to begin production in July of the Model 3, which is aimed at the middle market, making the electric car accessible to a broader swath of consumers.

Not everyone has jumped on the Tesla bandwagon. CFRA Research analyst Efraim Levy praised Tesla's progress on technology, but has a "sell" recommendation and views the stock as overvalued.

"The news flow has been positive, but it is a lot of money to pay for potential profits that keep getting pushed out," said Levy, who has a "strong buy" on  GM and a "buy" on Ford.

But the analysts were almost sheepish in acknowledging some sympathy with Tesla sceptics, but said: "their (arguably rational ) arguments probably won't matter."

"In many ways, Tesla seems to play by its own rules," the report said. "The company burns through cash at a rate that better-established companies would likely be crucified for."

And it added, "Tesla's production timelines are unreasonably fast, at least based on 'expert' opinions in the automotive industry, and the company spurns various industry norms."

"Yet, because of its superior products, loyal shareholders, and inspiring mission, Tesla remains unscathed," the note added.