The consequences of the Brexit referendum 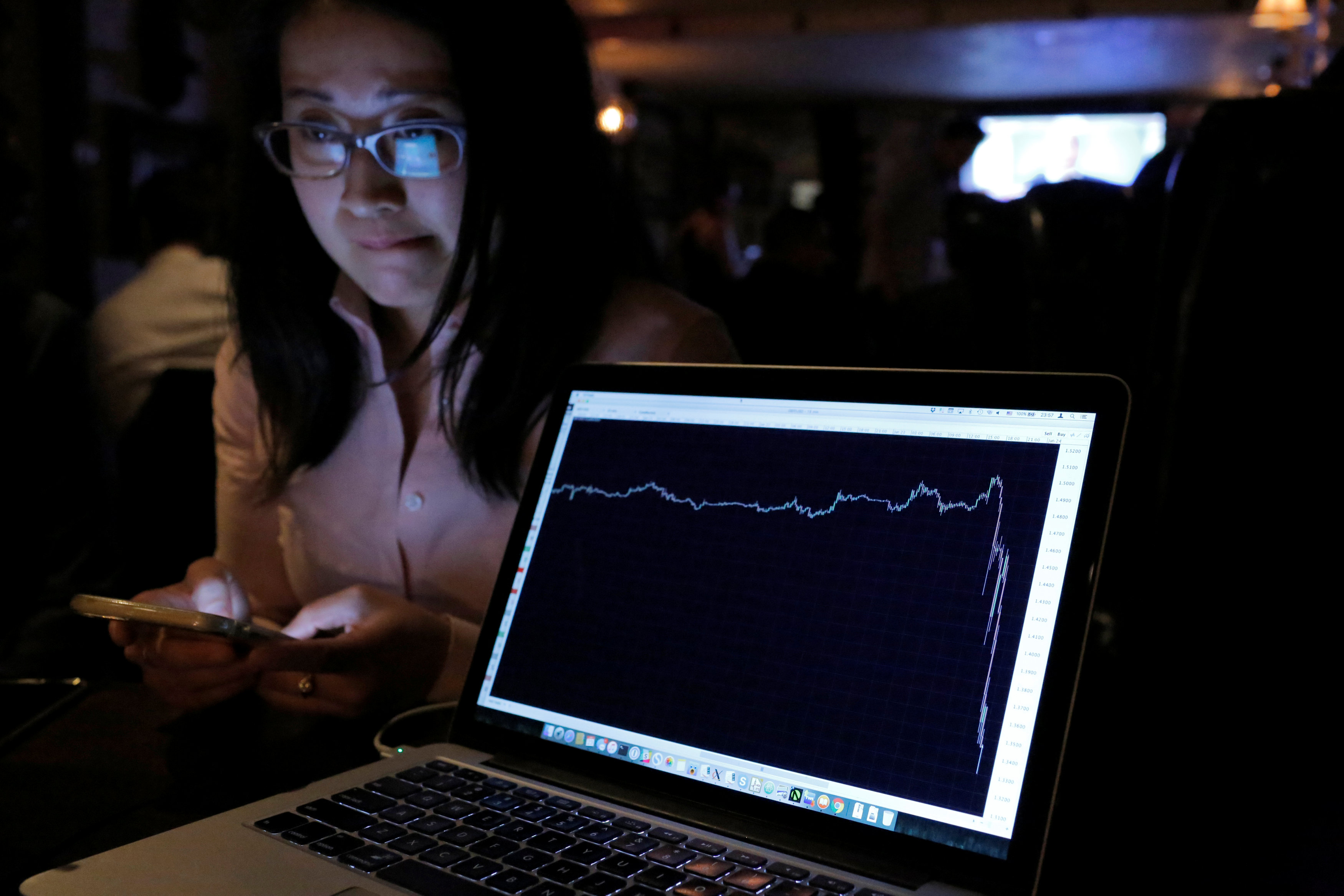 A woman watching the Brexit vote reacts as a graph shows the British Pound falling in value following the announcement that Britain would leave the European Union.

BRUSSELS - Britain is expected to submit an application to leave the European Union following Thursday&39;s referendum, after which it would have two years to negotiate an exit.

Below are possible consequences for Britain and the EU of a Brexit.

Britain would no longer be subject to EU budget rules, which limit a government&39;s budget deficit to 3 percent of gross domestic product and public debt to 60 percent of GDP.

It could therefore run whatever budget shortfall it wants without admonishment from the European Commission and other EU ministers. It would also be free from the Commission&39;s monitoring and advice on future actions.

Financial services firms based in Britain, from banks to clearing houses and funds, could lose their money-spinning EU "passports", which allows them to sell services across the 28-nation bloc with low costs and a single set of rules.

The passporting system has contributed to making London one of the world&39;s most important financial centres.

Some American, Japanese and other non-European banks that have European headquarters in London have said they would consider moving parts of their business inside the European Union, in the event of a Brexit.

The rest of the EU has a trade surplus in goods of about 100 billion euros with Britain, while Britain exports some 20 billion euros in services than it imports, principally due to financial services.

Brexit campaigners say if would be in the EU&39;s interest to agree a free trade deal with Britain even if it leaves the bloc.

British companies acquiring EU peers would still need approval from the UK competition watchdog and the European Commission, resulting in more legal costs and the risk that each delivers a different ruling.

Britain will have a free hand to aid ailing companies or industries without fear of EU action but it will also not be able to oppose subsidies granted by EU governments to their own national champions.

Leaving the EU could make UK energy infrastructure investment costlier and delay new projects at a time when the country needs to plug a looming electricity supply gap.

The uncertainty after Brexit could make energy investors demand higher returns for the risk of less favourable conditions. Oil and gas majors BP and Shell are among energy companies who warned about the potential downside.

Britain is the second-largest emitter of greenhouse gases in Europe and its utilities are among the largest buyers of carbon permits in the EU Emission Trading System (ETS).

Although most analysts believe Britain will remain in the cap-and-trade scheme, the vote is viewed as bearish for the market as Britain would no longer be able to drive tough reforms to drive up the price.

Brexit would also disrupt the bloc&39;s plans to share out the burden of its Paris climate change pledge.

The environmentally minded also worry that EU climate targets would be less ambitious without British leadership to balance against more reluctant member states such as coal-dependent Poland.

A Brexit could call into question EU agreements on open airspace that have granted the region&39;s airlines unlimited access to the skies of fellow member states, benefiting both UK and EU airlines.

It would also affect transatlantic routes because of the EU-U.S. Open Skies agreement, which gives British airlines unlimited flying rights to the United States.

Along with France, Britain is the leading foreign policy power in the European Union, boasting a large military and close ties with the United States. After a Brexit, Washington has made clear it will be less interested in London as an ally because of a perceived loss of influence.

Britain would no longer be bound by joint EU positions, for instance on economic sanctions against Russia.

Britain would remain a member of NATO.

Britain has multiple exemptions from justice and home affairs policies, notably not being part of bloc&39;s Schengen zone of free travel.

It is not clear what restrictions Britain might place on foreign arrivals. The EU has vowed to respond in kind.

Its future involvement, including access to EU databases, could diminish, meaning less cooperation on policing and fighting crime.