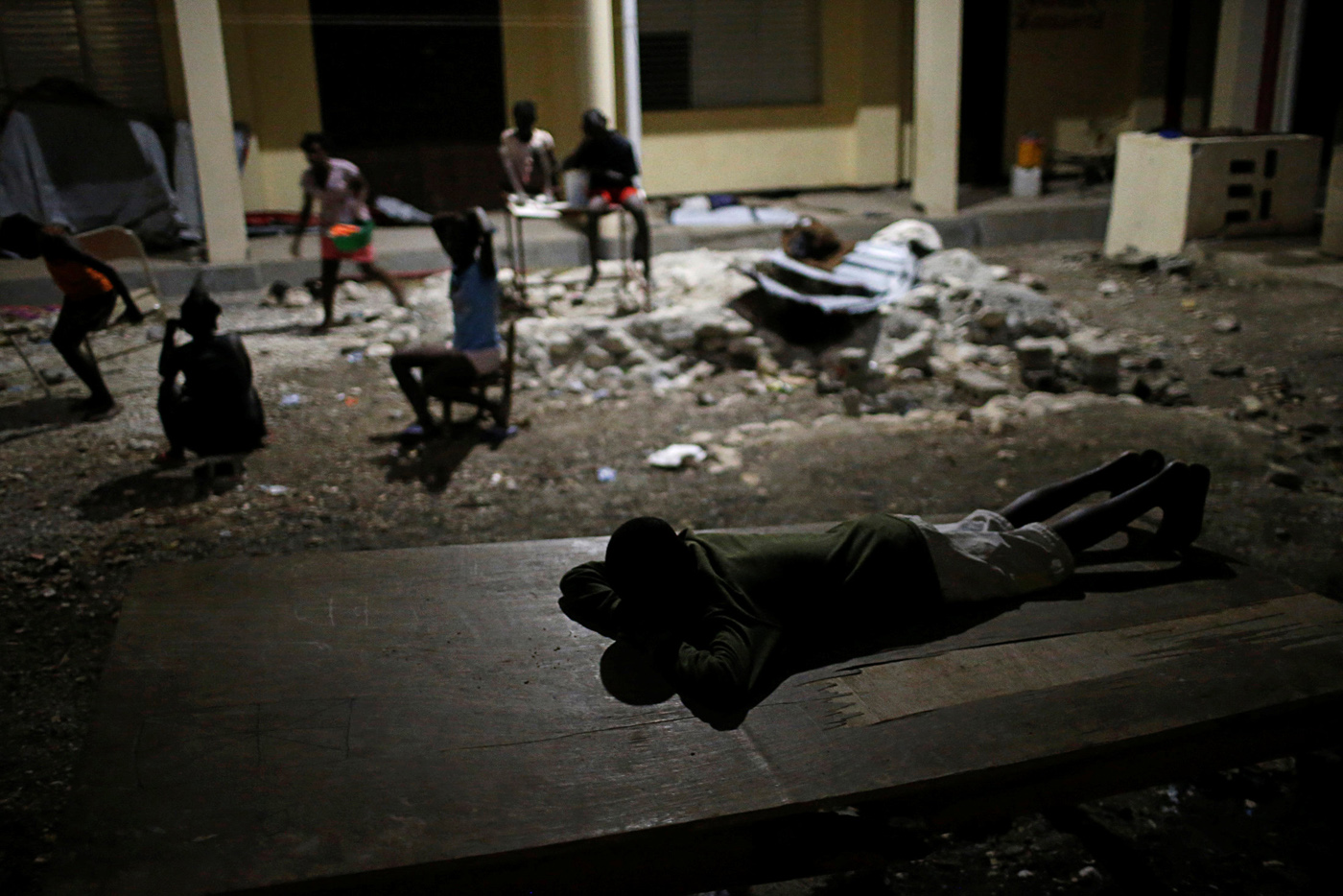 A child sleeps on a table in a partially destroyed school used as a shelter after Hurricane Matthew hit Jeremie, Haiti on October 12, 2016.

LONDON – Britain will cut off aid funding from any organisation that does not comply with a new review into charities&39; work overseas, aid minister Penny Mordaunt said on Sunday, describing reports of sexual exploitation in the sector as a "scandal".

Oxfam, one of Britain&39;s biggest charities, on Friday condemned the behaviour of some former staff in Haiti after a newspaper report said aid workers had paid for sex while on a mission to help those affected by the 2010 earthquake.

Mordaunt said she would write to British charities working overseas demanding they declare any problems relating to the duty they have to protect their staff and the people they work with from harm and abuse - so-called "safeguarding."

Reuters could not independently verify the allegations contained in The Times report and was unable to reach any of the Oxfam staff who worked in Haiti.

Oxfam neither confirmed nor denied The Times newspaper report but said its misconduct findings had "related to offences including bullying, harassment, intimidation and failure to protect staff as well as sexual misconduct".