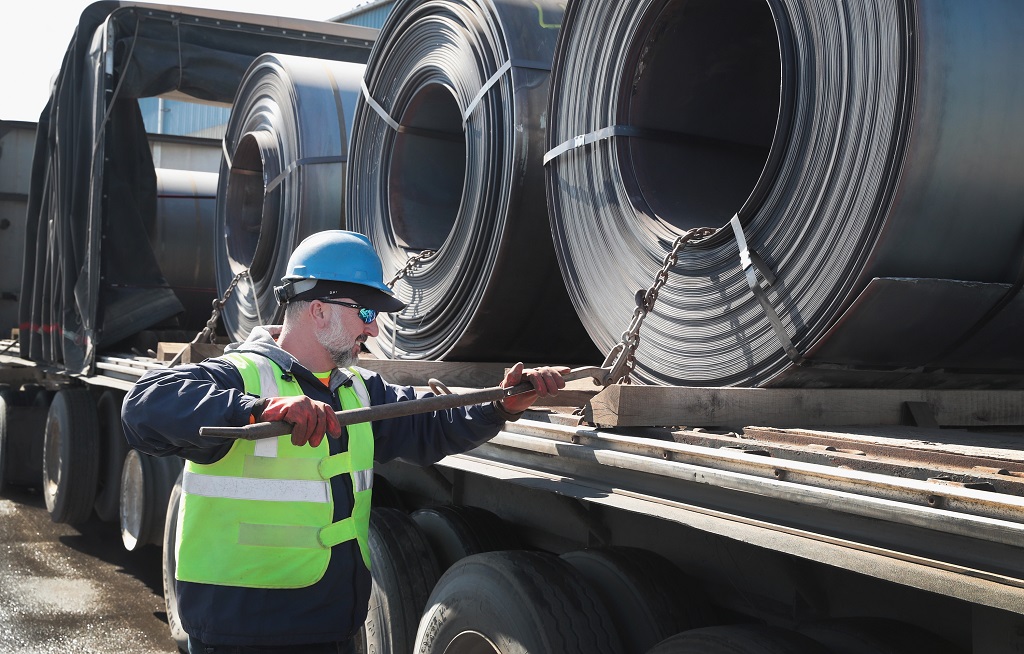 Steel is loaded onto a truck for shipping at the NLMK Indiana steel mill on March 15, 2018 in Portage, Indiana.

WASHINGTON - The flood of requests from US manufacturers with the Commerce Department to exempt them from the Trump administration’s hefty tariffs on steel and aluminium imports is exposing competitive information to rivals, customers and US metal producers.

The tariff exemptions process is a new front in a battle between US steel and aluminium consumers, fighting to keep prices for those metals down, and US metal producers which argue that foreign rivals have kept prices low with unfair trading practices.

So far, over 22,500 applications for exemptions have landed in Washington and many more arrive each day. Over 4,000 objections have been filed, which is also expected to grow.

READ: Trumped revved up over Harley-Davidson

Only 98 applications have been processed as of last week, and of those, only 42 were approved, according to the Commerce Department.

Companies are required to fill out a five-page form for each type of product it imports that details everything from the chemical composition of the metal and the volumes they use to its strength and where they are currently buying it overseas.

Those are details nearly every manufacturer considers highly proprietary since it can be used to assess their cost structure. Competitors can use such insights to tell customers that the other company is likely to face supply shortages or is about to sharply raise prices.

Greenfield Industries Inc, a subsidiary of China&39;s TDC Cutting Tools Inc in Seneca, South Carolina, has filed 1,176 requests to exempt the various types of speciality steel it imports from China to make cutting tools at its 330-employee US operation.

In one application, for instance, Greenfield states "the sole US producer of high-speed steel material appropriate for cutting tools is not currently ramping up any production to expand this aspect of their business and has not shown any interest in quoting new business."

The applications give a roadmap to domestic metal producers seeking to block an exemption entirely. US steelmakers may file objections, each three pages long, to make the case that they can provide the metal to a customer instead of that customer using an overseas supplier.

Nucor Corp., the Charlotte-based steelmaker, is among those filing objections.

“We are seeing exclusion requests where the volume being requested far exceeds the entity’s actual consumption or capacity," said Katherine Miller, a Nucor spokeswoman.

She added that one request was for 30-times more volume than the company&39;s capacity.

One reason a company might exaggerate their needs is that the system does not define clearly what it means for a product to be available from a domestic source. Many applications note that, while a metal is available domestically, it’s not produced in the quantity required by domestic metal consumers.

Cost is not a reason for metals consumers to get relief. If a domestic producer says it can supply a product, no matter the price, it can potentially block an exemption request.

READ: EU slaps tariffs on US as trade war erupts

Other big steelmakers as well as other metal producers and processors, including United States Steel Corp and AK Steel Holding Corp, are also filing objections. US Steel referred inquiries to the company’s public statements, which have welcomed the tariffs, while AK Steel declined to discuss the exclusion process or their objections.

NLMK Pennsylvania LLC, a subsidiary of Russia&39;s NLMK Group which imports Russian-made steel slabs and rolls them into coils at its plant in Farrell, Pennsylvania, filed an application that says, in part, "our (US) competitors consume slab they make for their internal needs and have no excess capacity available for sale on a consistent, stable basis."

Nucor objected, stating there are "adequate supplies" of domestic steel slab and that "access to low-priced imported steel is not a sufficient basis for an exclusion."

NLMK&39;s CEO Bob Miller told Reuters the objection from Nucor is “anti-competitive,” noting that Nucor is saying they make a product that can be used as a substitute for steel slab — the hot and cold-rolled coils of steel that both companies sell to end customers.

“So they’re basically saying they should have their customers buy hot and cold-rolled coils from us — and let NLMK go out of business,” said Miller, who also does not like that there’s no way to “rebut an objection.”

“It’s a total lack of due process,” he said.

Nucor did not wish to comment on their objection beyond their filing.

A review of filings by Reuters shows how competitors are jumping into the fray.

Barry Zekelman, CEO of Chicago-based Zekelman Industries, a privately held maker of pipe and tube, estimates his company has filed a “couple dozen” objections and that he views the process as a “great sales tool.” He said the filings often show that the real motive for imports is to buy goods more cheaply offshore from low-cost countries like Turkey, Brazil and China.

Zekelman said it is too early to tell how much business he will gain from the process, but he expects those gains to come in the second half of this year.

The makeup of the metal only complicates the application process. Steel is not a single commodity, but rather a complex market made up of hundreds of different grades and types of metal that vary in terms of ease of stamping, resistance to breakage and other properties. For many uses, a new steel supplier has to be certified to assure that the steel meets the end customer&39;s specifications.

Another issue is staffing. The Commerce Department is rushing to hire workers to handle the applications, which has many applicants worrying that the government workers will be ill-prepared to sift through the arguments.

“The concern is that these requests aren’t properly vetted” by people with expertise in the complexities of steel and aluminium production, said Alexander Russ, director of international and regulatory affairs at the Association of Equipment Manufacturers, a trade group.

“It&39;s bleak to say the least for companies trying to get an exclusion,” said Russ.