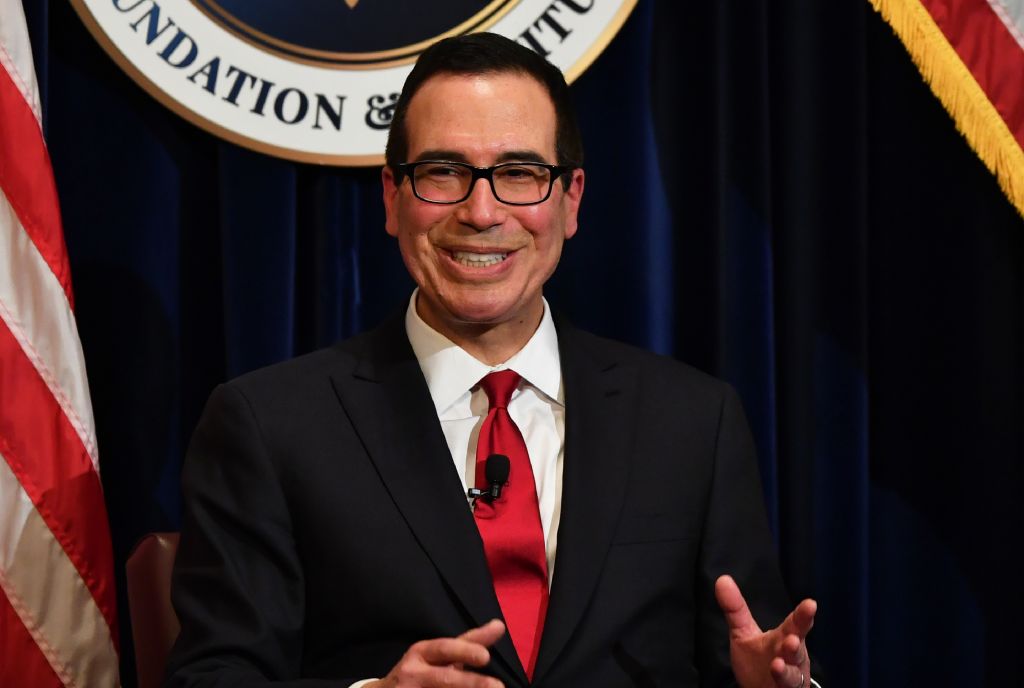 US Treasury Secretary Steve Mnuchin speaks during a fireside chat on tax reform at the Ronald Reagan Presidential Library in Simi Valley, California, on November 5, 2017.

WASHINGTON – The US Treasury on Monday announced it was halting investments for two government employee pension funds in the latest move to avoid hitting Congressionally-mandated borrowing limit.

The bookkeeping moves are part of the effort to avoid defaulting on the US debt until Congress raises the debt ceiling from the current level of more than $20 trillion.

Treasury Secretary Steven Mnuchin in a letter to Congressional leaders urged them to "protect the full faith and credit of the United States by acting to increase the statutory debt limit as soon as possible."

Last week Mnuchin informed Congress the department would need to begin taking "extraordinary measures" to prevent a default as the government again bumps up against the debt ceiling.

Treasury on Friday suspended the sale of certain securities for state and local governments that count towards the debt limit.

While the Congress on Friday approved a stopgap spending bill to fund the government through December 22, it did not address the cap on borrowing, after the temporary fix expired December 8.

Because the federal government traditionally runs a budget deficit, it has no choice but to borrow to finance government operations, including salaries, retirement benefits, social spending and other expenses approved by Congress.

Under the administration of former president Barack Obama, Congress repeatedly pushed the government to the verge of default as Republicans used the debt limit to force spending cuts.

According to the Congressional Budget Office, President Donald Trump&39;s administration likely can continue to function until spring while still making timely payments to meet its obligations, such as Social Security and Medicare.

Analysts say a default by the US would have catastrophic consequences for the world financial system.