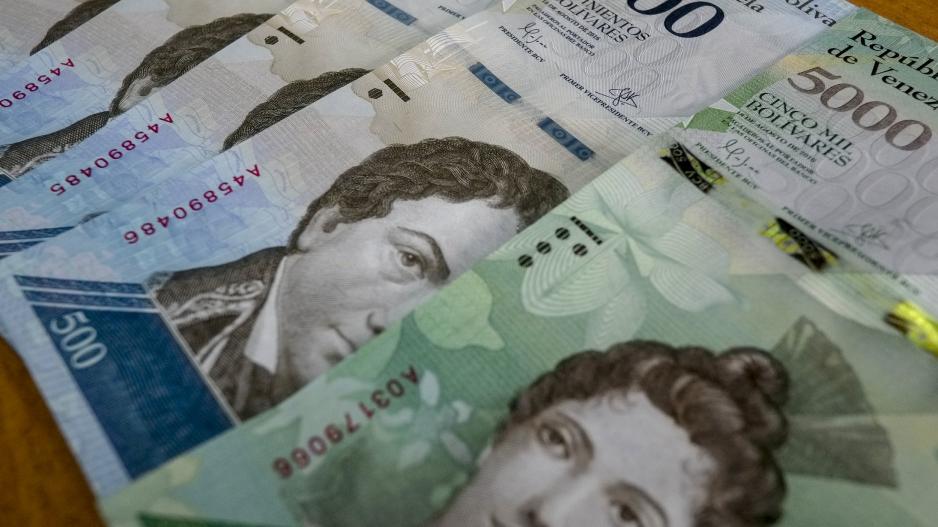 Venezuela's currency, the Bolivar, has crumbled amid the political unrest in the country.

CARACAS - Venezuela's money, the bolivar, is sinking faster and faster under an intensifying political and economic crisis that has left citizens destitute and increasingly desperate.

Its depreciation accelerated this week, after a disputed vote electing an all-powerful "Constituent Assembly" filled with allies of President Nicolas Maduro, which the opposition and dozens of countries call illegitimate.

On Thursday alone, the bolivar slumped nearly 15 percent on the black market, to be worth 17,000 to one US dollar.

In a year, the currency has lost 94 percent.

The decline has been dizzying - yet largely ignored by the government, which uses an official rate fixed weekly that is currently 2,870 to the dollar.

Ordinary Venezuelans, however, refer only to the black market rate they have access to, which they call the "dolar negro," or "black dollar."

"Every time the black dollar goes up, you're poorer," resignedly said Juan Zabala, an executive in a reinsurance business in Caracas.

The inexorable dive of the money was one of the most-discussed signs of the "uncertainty" created by the appointment of the Constituent Assembly, which starts work Friday.

As a result, those Venezuelans who are able to are hoarding dollars.

"People are protecting the little they have left," an economics expert, Asdrubal Oliveros of the Ecoanalitica firm, told AFP.

But Zabala - who is considered comparatively well-off - and other Venezuelans struggling with their evaporating money said they now spent all they earned on food. A kilo of rice, for instance, cost 17,000 bolivares.

The crisis biting into Venezuela since 2014 came from a slide in the global prices for oil - exports of which account for 96 percent of its revenues.

The government has sought to monopolise dollars in the country through strict currency controls that have been in place for the past 14 years. Access to them has become restricted for the private sector, with the consequence that food, medicines and basic items - all imported - have become scarce.

According to the International Monetary Fund, inflation in Venezuela is expected to soar above 700 percent this year.

In June, Maduro tried to clamp down on the black market trade in dollars through auctions of greenbacks at the weekly fixed rate, known as Dicom. There is also another official rate, of 10 bolivars per dollar, reserved for food and medicine imports.

"Things are going up in price faster than salaries," noted Zabala, who spends 10 percent of his income on diabetes treatment, when he can.

Maduro has vowed that a new constitution the Constituent Assembly is tasked with writing will wean Venezuela off its oil dependency and restart industry, which is operating at only 30 percent of capacity.

But the president, who links the "black dollar" with an "economic war" allegedly waged by the opposition in collaboration with the US, did not give details on what would be implemented.

On Thursday, Maduro promised "speculators" setting their prices in line with "the terrorist criminal dollar in Miami" would go to jail.

For the past four months, Maduro was the target of protests which were forcefully confronted by security units, resulting in a toll of more than 125 deaths.

The opposition says the new Constituent Assembly is an effort to create a "dictatorship" along the lines of Communist Cuba.

Against that backdrop of tensions, "there is no limit on how far the black dollar can go," according to Ecoanalitica.

But a director of the firm, Henkel Garcia said he believed the current black market rate "didn't make sense" and he noted that in the past currency declines were not linear.

Oliveros said increased printing of bolivares by the government was partly the reason for the black dollar's rise.

"When you inject bolivares into the market, that means that companies, individuals go looking for dollars, which are scarce," he said, estimating that the shortfall of dollars this year was some $11-billion.

The horizon is darkened further with big debt repayments Venezuela has to make, for instance $3.4-billion the state oil company PDVSA has to reimburse in October. That debt is denominated in dollars.