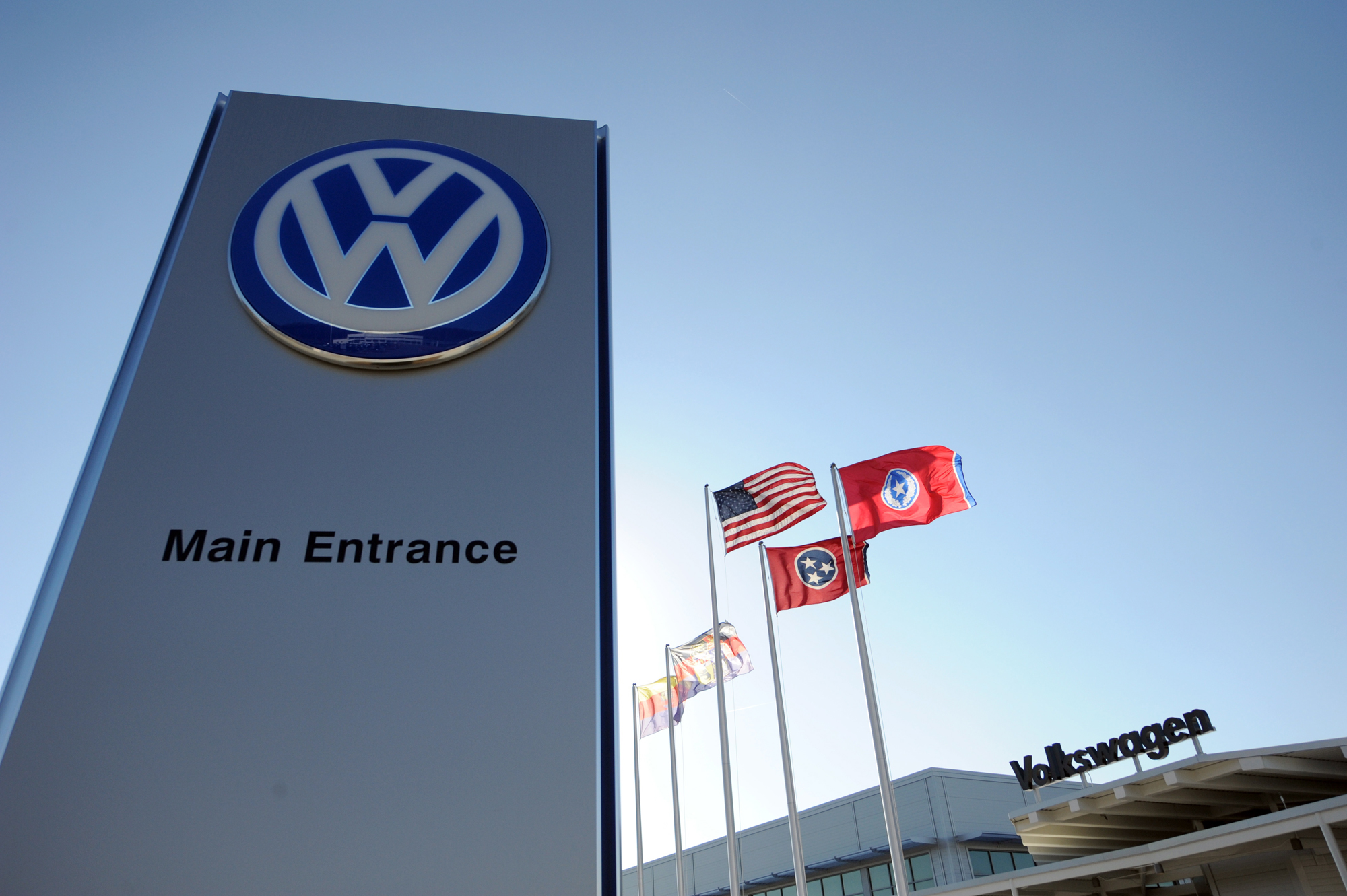 FILE image of the main entrance of the Volkswagen automobile assembly plant in Chattanooga, Tennessee, USA.

BERLIN - The Volkswagen emissions scandal has rocked Germany&39;s business and political establishment and analysts warn the crisis at the car maker could develop into the biggest threat to Europe&39;s largest economy.

Volkswagen is the biggest of Germany&39;s car makers and one of the country&39;s largest employers, with more than 270,000 jobs in its home country and even more working for suppliers.

Volkswagen Chief Executive Martin Winterkorn paid the price for the scandal over rigged emissions tests when he resigned on Wednesday and economists are now assessing its impact on a previously healthy economy.

"All of a sudden, Volkswagen has become a bigger downside risk for the German economy than the Greek debt crisis," ING chief economist Carsten Brzeski told Reuters.

"If Volkswagen&39;s sales were to plunge in North America in the coming months, this would not only have an impact on the company, but on the German economy as a whole," he added.

The US Environmental Protection Agency said the company could face penalties of up to $18-billion, more than its entire operating profit for last year.

Although such a fine would be more than covered by the $24-billion the company now holds in cash, the scandal has raised fears of major job cuts.

The broader concern for the German government is that other car makers such as Daimler and BMW could suffer fallout from the Volkswagen disaster.

There is no indication of wrongdoing on the part of either company and some analysts said the wider impact would be limited.

The German government said on Wednesday that the auto industry would remain an "important pillar" for the economy despite the deepening crisis surrounding Volkswagen.

"It is a highly innovative and very successful industry for Germany, with lots of jobs," a spokeswoman for the economy ministry said.

But analysts warn that it is exactly this dependency on the automobile sector that could become a threat to an economy forecast to grow at 1.8 percent this year.

Germany is already having to face up to the slowdown in the Chinese economy.

"Should automobile sales go down, this could also hit suppliers and with them the whole economy," industry expert Martin Gornig from the Berlin-based DIW think tank told Reuters.

In 2014, roughly 775,000 people worked in the German automobile sector. This is nearly two percent of the whole workforce.

In addition, automobiles and car parts are Germany&39;s most successful export -- the sector sold goods worth more than $225-billion to customers abroad in 2014, accounting for nearly a fifth of total German exports.

"That&39;s why this scandal is not a trifle. The German economy has been hit at its core," said Michael Huether, head of Germany&39;s IW economic institute.

There are also voices, however, that say the impact on the economy as a whole should not be exaggerated.

"There won&39;t be a recession just because of a single company," Kraemer added.

The German BGA trade association also tried to calm the public by saying there were no signs that customers abroad were starting to doubt quality and reliability of German companies.

But he acknowledges there is a degree of concern among German companies that the scandal over cheating on U.S. diesel emission could have a domino effect on their businesses, eroding the cherished &39;Made in Germany&39; label.

Some observers also see some irony in the scandal.

While the German economy defied the euro zone debt crisis and, so far, the economic slowdown in China, it could now be facing the biggest downside risk in a long while from one of its companies.

"The irony of all of this is that the threat could now come from the inside, rather than from the outside," Brzeski said.