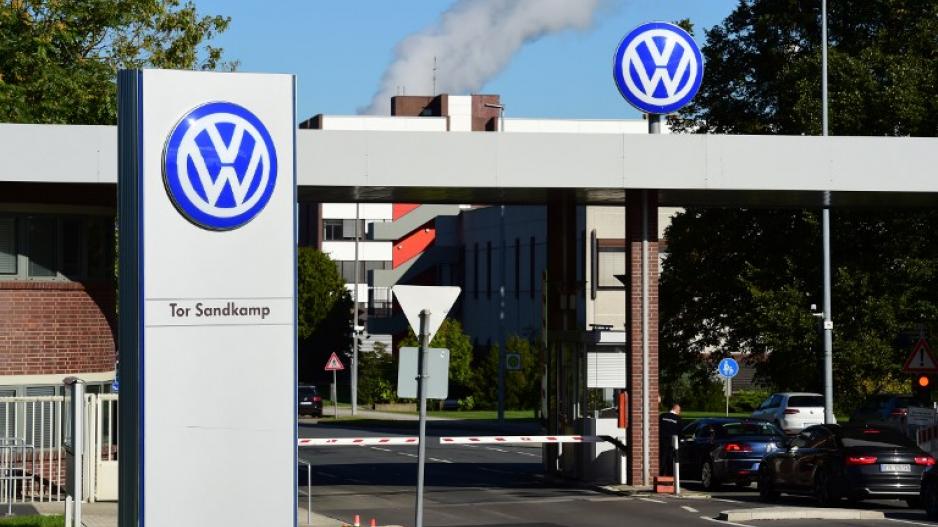 FRANKFURT - Embattled German auto giant Volkswagen said on Wednesday it booked another huge charge related to the engine-rigging scandal on its first-half accounts, but insisted that profits came in better than expected overall and it would stick to its full-year targets.

"The operating result for the Volkswagen group before special items is significantly higher than market expectations for the first half of 2016," VW said in a statement, sending its shares zooming ahead by more than seven percent on the Frankfurt stock exchange.

That meant that operating result after special items amounted to 5.3 billion euros for the period from January to June, the carmaker said.

According to the group&39;s half-year report for 2015, the corresponding year-earlier figure stood at 6.82 billion euros.

VW had already set aside 16.2 billion euros in provisions last year to cover the costs of the scandal, pushing it into its first year-end loss in more than 20 years.

The announcement of the additional 2.2-billion-euro charge comes just a day after New York and Massachusetts filed lawsuits suggesting that VW senior executives were aware early on of efforts to hide high emissions levels in the company&39;s diesel cars.

VW was plunged into its deepest-ever scandal last September when it emerged it had installed so-called "defeat devices" -- or sophisticated software that intentionally skews emissions data -- into 11 million diesel engines worldwide.

Last month, VW agreed to a record $14.7-billion payout to settle civil claims in the United States, but it is still a long way from drawing a line under the scandal.

On Tuesday, the attorneys general of New York and Massachusetts claimed that VW&39;s inability to comply with US emissions standards had allegedly "reached the attention" of Matthias Mueller, the current Volkswagen CEO, and his predecessor Martin Winterkorn as early as July 2006.

And California regulators recently rejected a plan by VW to fix some 16,000 3-litre diesel cars not included in the June settlement.

In a slew of other lawsuits worldwide, Spain recently charged VW with fraud and damage to the environment.

And the group, once a flagship of German industry, is also facing regulatory probes and lawsuits filed by car owners who feel they have been duped and investors who are seeking compensation for the massive drop in the value of their shares.

Analysts suggest the final cost of the affair could rise to 20-30 billion euros.

Financially, VW is on a solid footing, with annual sales of around 200 billion euros and a workforce of 600,000.

It has a huge cash mountain and credit lines that would enable it to spend up to 50 billion euros without having to divest any operations, analysts say.

Looking ahead to the whole of 2016, VW said it was sticking to its earlier forecasts for a drop of as much as five percent in sales, "depending on the economic conditions -- particularly in South America and Russia -- and the exchange rate development."

On top of the diesel scandal, "the highly competitive environment as well as interest and exchange rate volatility and fluctuations in raw materials prices all pose challenges," VW said, adding that it was forecasting an operating return on sales of 5.0-6.0 percent for 2016.

Full half-year results were scheduled to be published on July 28.

But the better-than-expected operating profit figure sent VW shares up by 7.3 percent to an intraday high of 124.90 euros in Frankfurt.

"We are surprised by the strong operational performance in the second quarter. Despite &39;Dieselgate&39;, VW reported the best quarterly operating profit ever," said DZ Bank analyst Michael Punzet.

Nevertheless, "with regard to the remaining uncertainties we stick to our sceptical view on VW," he added.