Zimbabwe prints $102 mil in bond notes, half its limit: The Herald 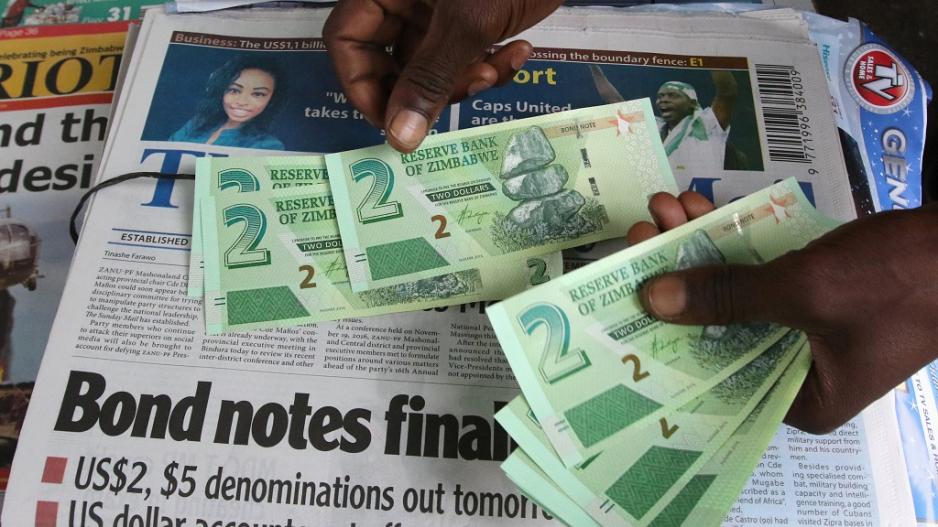 HARARE - Zimbabwe's central bank has printed half of the 'bond notes' quasi-currency it intends to issue under a $200 million scheme, a state newspaper reported on Friday, as the country grapples with a biting shortage of US dollars.

The notes are intended to be pegged to the US currency but fears have been raised that the Reserve Bank of Zimbabwe (RBZ) would print more than planned, undermining their value.

RBZ governor John Mangudya told the Herald newspaper that the central bank had so far issued $102 million in bond notes, which he said was trading at par with the dollar. Mangudya did not answer his phone when contacted for further comment.

But in Harare on Friday, street traders were selling 100 South African rand for $8.50 when buying with bond notes and $8 when using US dollars, suggesting they are not on par.

Some businesses are offering discounts of up to 30 percent on dollar sales, while importers struggle to trade bond notes in for dollars as the cash crunch bites.

"It is lack of discipline and confidence that cause traders to have multi-tier pricing system on some products, especially products such as cooking oil," Mangudya said.

The central bank can only print $200 million in bond notes, which are backed by a bond of the same amount from the African Import and Export Bank.

US dollars, which replaced the Zimbabwe dollar in 2009 as hyper-inflation rendered the currency worthless, are slowly disappearing in the economy while the bond notes have failed to ease cash shortages.

Mangudya said the amount of bond notes, which are in $2 and $5 denominations, as well as coins, was 1.8 percent of the total bank deposits of more than $6 billion.