Murder and other violent crimes are up says Police Minister 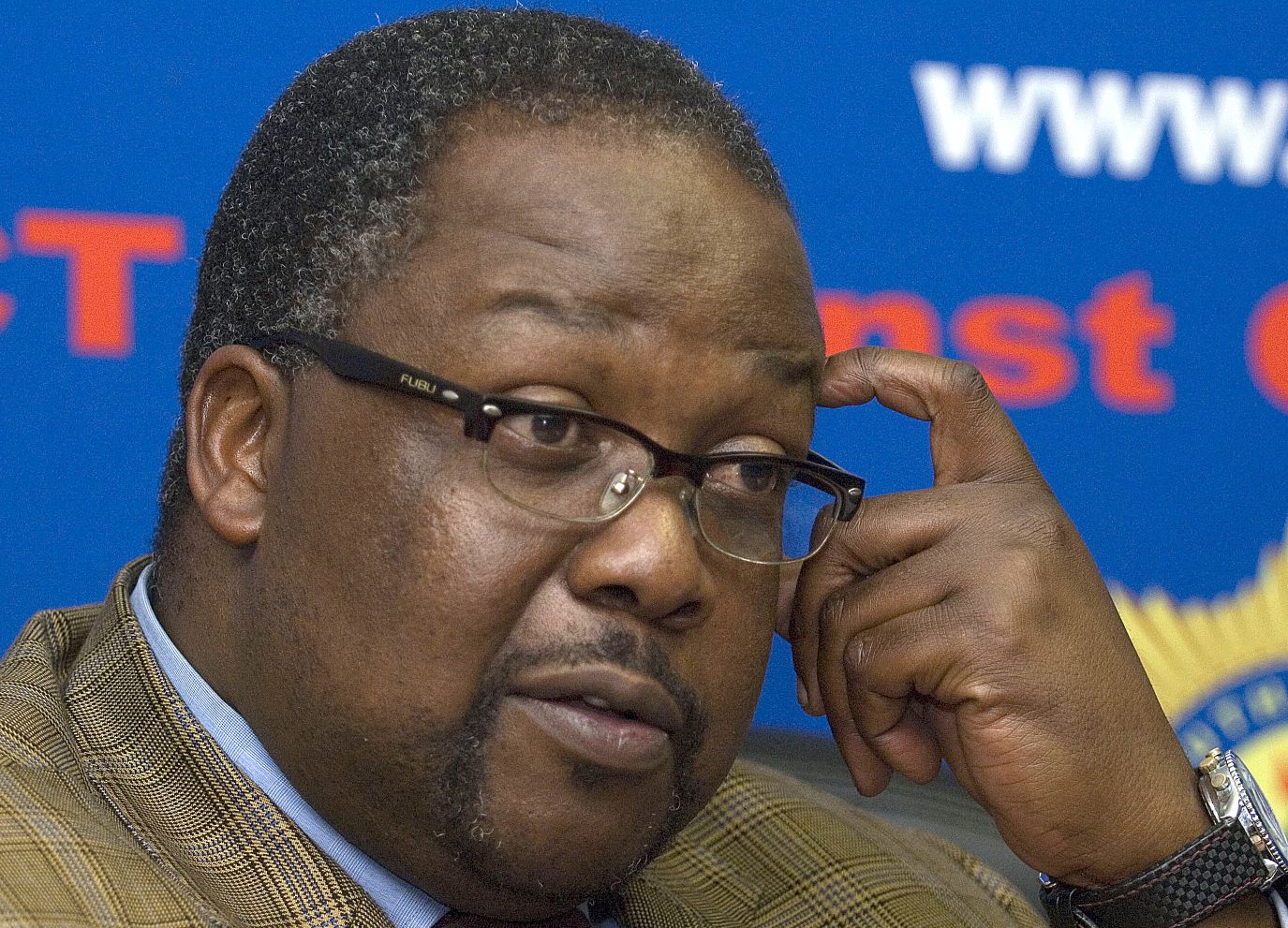 Minister of Police, Nathi Nhleko, at a media briefing on August 19, 2014 in Johannesburg, South Africa. He said it was premature for him to consider whether President Jacob Zuma should repay a portion of the money spent on upgrades to Nkandla.

PRETORIA – South Africans are less safe than they were a year ago, as the latest crime statistics released on Friday show that the worst contact crime categories – murder, attempted murder, aggravated robbery – have all gone up.

Speaking at a special briefing this morning, Police Minister Nkosinathi Nhleko released the latest audited crime statistics for the 2013/14 financial year, revealing that once again violence levels are on the rise.

He said the police had been criticised in the past for the unreliablilty of crime statistics and so the SAPS was now working together with Statistics South Africa “to improve the integrity and quality of our statistics in a partnership that is yielding benefits in terms of timeliness and interpretation.”

Nhleko said the statistics over the long term show a downward trend, despite the most recent figures show a spike in violent crimes.

“The year under review has seen an increase in some of the categories - murder, attempted murder, robbery aggravated, robbery common and theft,” he said.

“Even though we have had these increases in the 2013/14 year under review, the trend overall is on the decline. Commercial crime and stock theft have gone down,” Nhleko said.

Nhleko said a decrease in sexual offences was positive, showing that crimes against women and children have gone down, and adding that contract crimes remained prevalent.

“There has been an increase also in social unrest – which poses another challenge not only in terms of policing and resources, but suggests a need for a broader, macro solution to be found. We have also observed high levels of anger and aggression in society and that should be a concern to all South Africans. We need to mediate this culture of violence,” Nhleko said.

He said the sexual crime decrease could be attributed to a “higher consciousness” in society through government campaigns and increased awareness of gender violence in broad terms.

Commenting on another major worry, Nhleko said the number of taverns in South Africa was far higher than the total number of schools and churches combined, indicating problems within society.

“The prevalence of drug and alcohol abuse is extremely concerning. You find more taverns than schools and churches combined and that is a worrying trend.”

He said taverns tend to be “a production point for criminal activities” and so a national engagement or dialogue was needed to “activate members of society to be part of this fight against crime and corruption and regenerate our morality as society”.

Nhleko said work needed to be done to strengthen the entire Criminal Justice System and work was underway to address improved service delivery at all police stations.