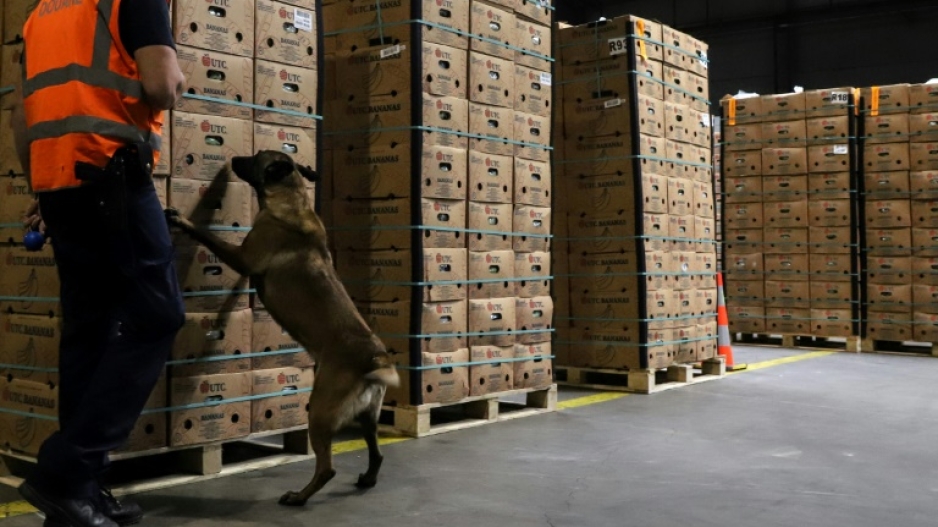 ANTWERP - In Belgium's port city of Antwerp, residents live in fear of eruptions of violence between the gangs that control Europe's vast cocaine trade.

The city is the main port of entry into Europe for Latin American cocaine, a business controlled by transnational cartels with an increasing reputation for the most extreme violence.

This week investigators working off a database of criminal messages seized from a cracked communications app once favoured by gangs busted one major smuggling network.

But while illicit cargoes flow through Antwerp there will always be gangsters to fight over the spoils, in an underworld conflict that now spills onto the city's residential streets.

Steven De Winter, a 47-year-old bank employee from the city's Deurne district, has counted three waves of violence since 2017, the latest starting in the spring of this year.

A house on his residential block was targeted over two nights by some sort of firework-style explosive projectile that triggered bomb-like explosions in the night.

According to his account, it began at 10:30 pm on a Friday while neighbours celebrated a marriage in their garden near the targeted house, reputedly the home of a person implicated in the drugs trade.

"It was panic," De Winter said. "It can't go on! That's enough. Our neighbourhood must be protected."

Several other districts have suffered similar eruptions, including the popular residential area of Wilrijk and even parks near the centre of a city of half a million people.

Last year, around 90 tonnes of cocaine were seized in the port. Customs agents expect to reach 100 tonnes by the end of the year, and estimate they are only halting a 10th of shipments.

A lot of money is at stake, sharpening the competition between gangs.

The explosions are thought to be efforts to intimidate business rivals or to attract police attention to one group or place, diverting it from another.

After the weekend of the double explosion in May, De Winter and his neighbours wrote to city hall and demanded protection. He also led a reporter around Deurne, his neighbourhood of 14 years.

He pointed out several businesses that he suspects are linked to the drugs trade or money laundering.

In one, there have been frequent changes of proprietor.

In another, prime space lies empty.

At a third, a window that could have displayed wares on the corner of a busy street is bricked up.

"This bakery advertises croissants for breakfast, but it's never open in the morning," he said, with a confiding smile.

Along with residential Deurne and Wilrijk, the bustling multicultural suburb of Borgerhout has also seen an increase in violence and tension.

"We were used to attacks at night, but gunfire at 6:30 pm? We've passed a milestone," she said, recounting how in the middle of the year, a suspect house came under fire.

Antwerp's police defend their efforts, pointing out that they have made dozens of arrests since the latest round of explosions -- "almost without exception of Dutch nationals".

The Netherlands' border is not far from Antwerp and just across it is another major port, Rotterdam.

Many in Belgium fear that rising criminality in Dutch-speaking Flanders comes from importing the so-called "Mocro-Maffia", gangs from the Moroccan community reputed to dominate the drugs trade.

Four Dutch suspects arrested in the Netherlands earlier this month have been extradited to Belgium.

Belgium's Justice Minister Vincent Van Quickenborne was himself a target for kidnapping from his home in the city of Kortrijk in September.

He does not single out the Mocro-Maffia by name, but warns that the drugs mafia has imported methods that amount to "narco-terrorism".