Application to interdict EFF from protesting at Brackenfell High dismissed 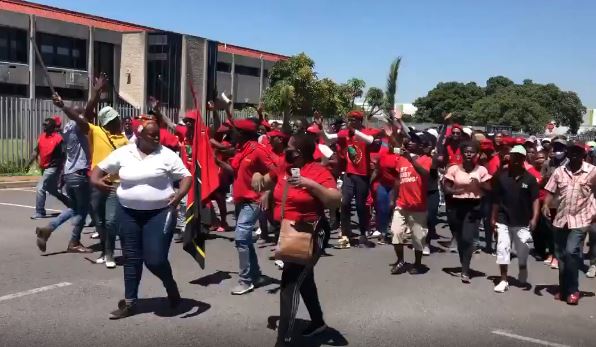 A demonstration erupted into chaos as police fired teargas and water cannons at a crowd of EFF protesters. eNCA/Nadine Theron

JOHANNESBURG - The Western Cape High Court has dismissed Brackenfell High School's bid to interdict the EFF from further protests at the school.

READ: 'No evidence of racism' at Brackenfell High School event

Clashes erupted earlier this year after the EFF accused the school of racism when an alleged private matric farewell party was held for only white pupils.

An investigation by the Western Cape Education Department found no evidence of racism at the school.