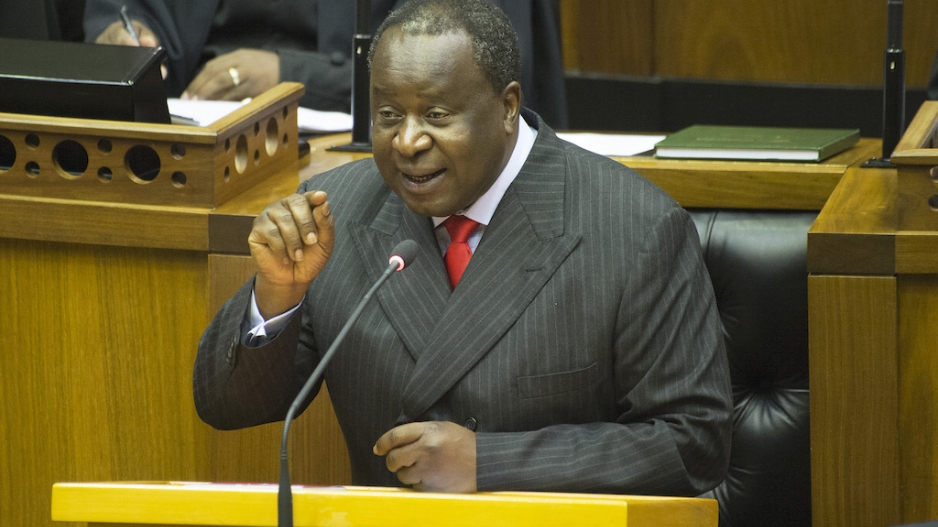 He brought along his famous Aloe plant as a symbol of hope and prosperity.

Here are 10 quotes from Mboweni and his resilient Aloe Ferox's speech:

"We should give renewed impetus to the fight against gender‐based violence and xenophobia."

"The economy is now forecast to grow at 0.5 percent in 2019 compared to the 1.5 percent expected in February."

"To meet our fiscal needs, growth is not enough. We also need a well‐functioning and efficient revenue collection agency."

"This year, the national debt exceeded R3-trillion. It is expected to rise to R4.5-trillion in the next three years."

"Our priorities are education, social development and health. They receive R3-trillion over the next three years."

"We cannot continue to throw money at Eskom. For the sizeable support required, it cannot be business as usual."

"We will take stronger measures to fight illegitimate cross‐border flows and tax evasion. Our approach to money laundering will be reviewed by the Financial Action Task Force."

"We have essentially chosen to subsidise the middle class and wealthy flying around the country and other parts of the world, rather than the ordinary workers who sit in old trains from the townships every day, often getting stuck and being late for work."

Mboweni also made a honourable mention:

"Our little Aloe is not doing well. It needs attention, like our public finances."