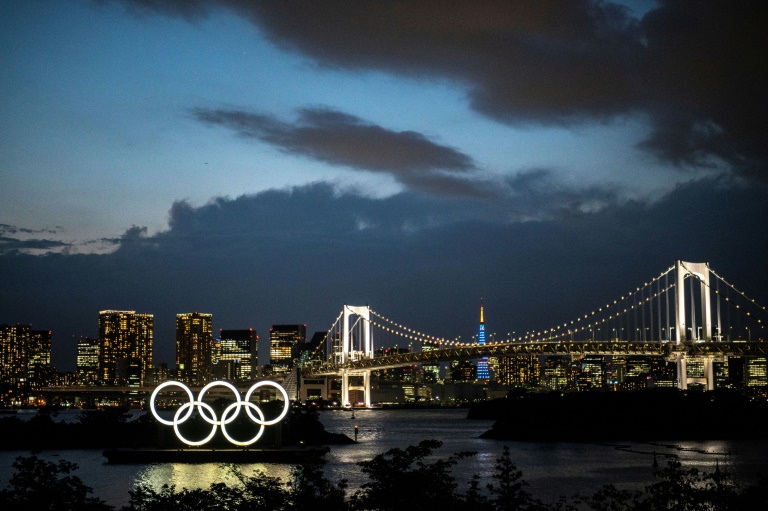 Organisers say the reduction in volunteers will not affect the Games because the event has been scaled back. AFP/Charly Triballeau

TOKYO - Around 10,000 of 80,000 planned Tokyo 2020 Olympic volunteers have quit, organisers have revealed as they battle persistent doubts over the Games with just 50 days until the opening ceremony.

Tokyo 2020 chief Seiko Hashimoto ruled out a further postponement of the Games, speaking to a Japan sports paper, and said cancellation would only happen in catastrophic circumstance such as most delegations not being able to come to Japan.

Organisers will on Thursday mark 50 days to go when they unveil details about the medal ceremonies, in the latest attempt to build public enthusiasm despite polls showing most people in Japan want the Games delayed or cancelled.

Japan is battling a fourth wave of coronavirus infections, with Tokyo and several other parts of the country under a state of emergency due to last until a month before the Games.

On Wednesday night, Tokyo 2020 CEO Toshiro Muto told local media that around 10,000 volunteers -- who are vital to the smooth running of the massive event -- have quit, largely over coronavirus concerns.

Others dropped out after the Games were postponed by a year, or in protest over sexist remarks made by Hashimoto's predecessor who was forced to resign.

READ: Most at Tokyo Olympic village to be vaccinated by Games: IOC chief

Some of the volunteers are likely also to be among the approximately 80 percent of people in Japan who oppose hosting the Games this year, according to opinion polls.

But surveys among the population of Tokyo have found a more even split between those in favour and opposed to holding the Games.

Muto said the reduction in volunteers would not affect the running of the Games because the event has been scaled back, so fewer people are needed.

Overseas fans have already been barred from attending, and a decision on whether to allow domestic spectators is expected later this month after the state of emergency in Tokyo ends on June 20.

The number of overseas officials and participants coming for the Games has been cut by about half, to around 78,000, with calls for further reductions.

Hashimoto reiterated that the Games are on and will be safe for participants and the Japanese public in an interview published Thursday, saying cancellation was virtually inconceivable.

"If various countries around the world experience very serious situations, and delegations from most countries can't come, then we wouldn't be able to hold it," she told the Nikkan Sports daily.

"But conversely, unless such a situation emerges, the Games will not be cancelled."