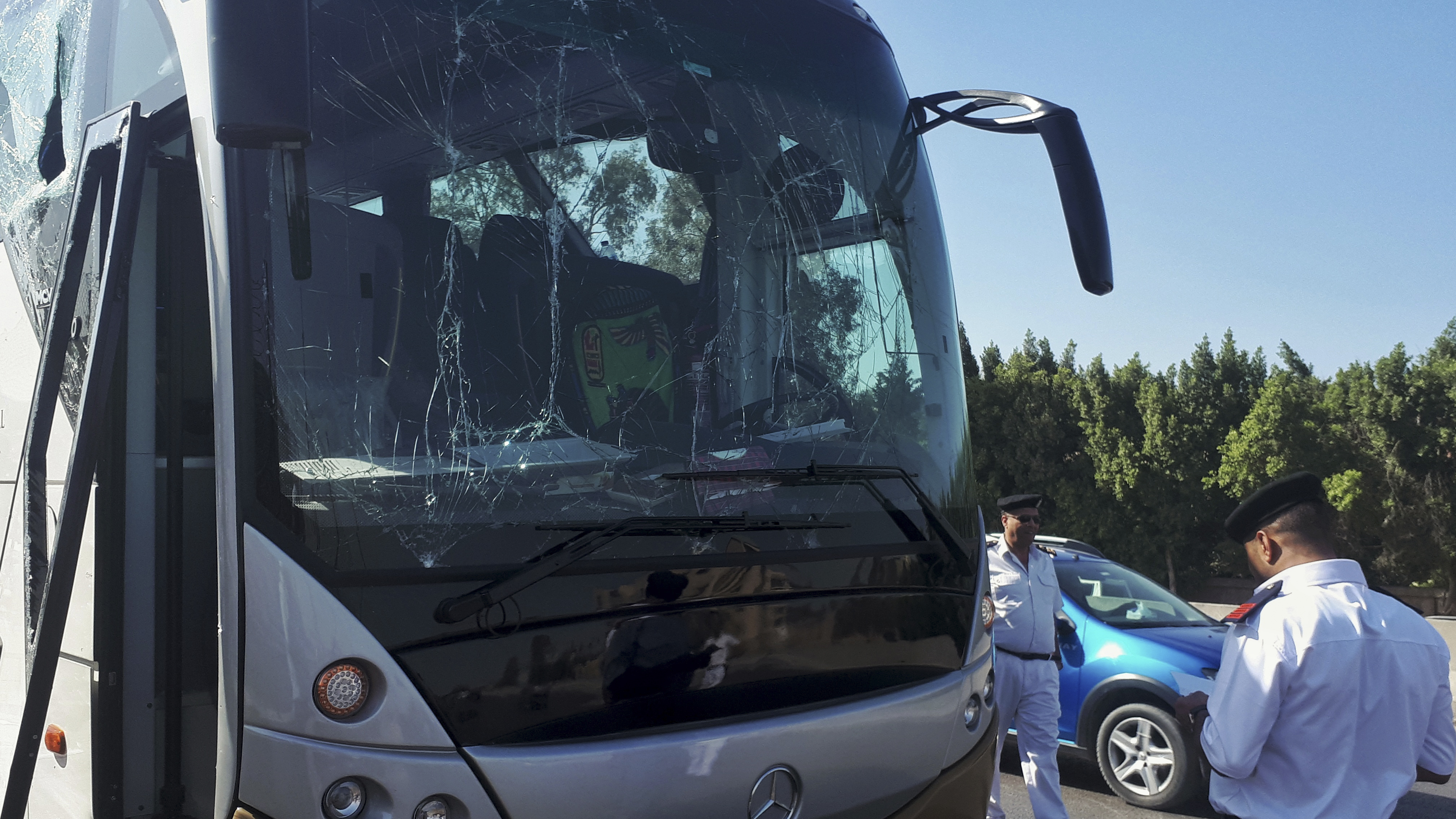 CAIRO - Egyptian security forces have killed 12 suspected Islamist militants in Cairo, the Interior Ministry said on Monday, a day after an explosion targeting a tourist bus injured at least 12 people.

A rudimentary device containing nails and pieces of metal detonated on the perimeter of the Grand Egyptian Museum near a bus carrying 28 South African tourists from the airport to the pyramids district.

The Interior Ministry did not say whether the suspected militants were connected to Sunday's attack, but said its forces killed the suspects during raids on their hideouts in the 6th of October and Al Shorouk districts, where it said members of the militant group Hasm were planning a series of attacks in the country to create an "atmosphere of chaos."

Egypt accuses the group, which emerged in 2016 and has claimed several attacks, of being a wing of the outlawed Muslim Brotherhood. Egypt's oldest Islamist movement denies this and says it seeks change through peaceful means only.

The ministry said the suspects were killed in gunbattles, but did not elaborate on the suspects’ identity or whether there had been any casualties or injuries among the security forces.

Weapons and explosives were found at the scene of the shootouts, the ministry said.

A Reuters investigation in April found that Egyptian security forces had shot dead hundreds of suspected militants in what the Interior Ministry said were gunbattles, but which bereaved families said were extrajudicial executions.

A Reuters analysis of the ministry statements showed that deadly shootouts often followed an attack by militants. For example, in December 2018, a day after the deadly bombing of a Vietnamese tourist bus in Giza, the ministry announced that its forces had killed 40 people in three separate incidents.

Human rights organizations have accused Egypt of carrying out extrajudicial executions and of trying civilians in military courts as part of the crackdown.

President Abdel Fattah al-Sisi has said that the matter of human rights should be treated in the context of regional turbulence and the struggle against terrorism. Strong security measures, he has said, are needed to stabilize Egypt after the turmoil that followed the country’s 2011 uprising.

Egypt’s military and police launched a major campaign against militant groups in 2018, focusing on the Sinai Peninsula as well as southern areas and the border with Libya.