13 die as Storm Eunice leaves many in Europe without power 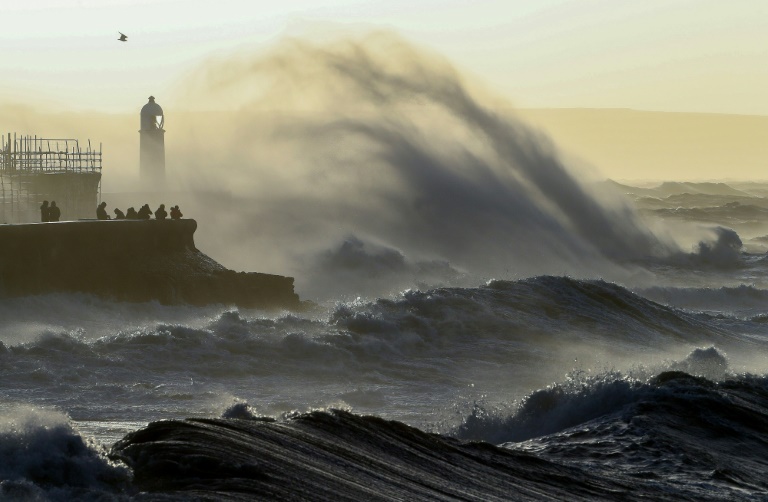 LONDON - Emergency crews Saturday battled to restore power to hundreds of thousands of homes in Britain after Storm Eunice carved a deadly trail across Western Europe and left transport networks in disarray.

At least 13 people were killed by falling trees, flying debris and high winds in Britain, Ireland, the Netherlands, Belgium, Germany and Poland, according to emergency services.

Train operators in Britain urged people not to travel, with timetables in chaos after most of the network was shut down when Eunice on Friday brought the largest wind gust ever recorded in England -- 122 miles (196 kilometres) per hour.

The train network in the Netherlands was also paralysed, with no Eurostar and Thalys international services running from Britain and France after damage to overhead power lines. 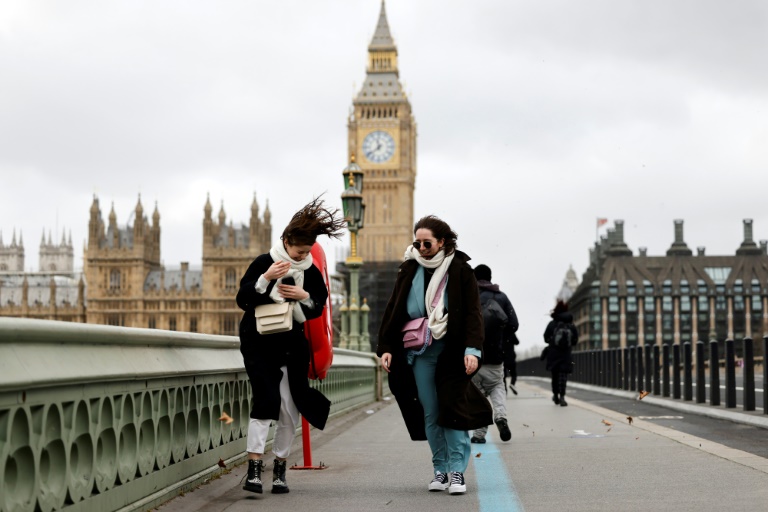 France was also grappling with rail disruption, and about 75,000 households were without power.

The UK was worst hit by power cuts with nearly 400,000 homes cut off nationwide after one of the most powerful tempests since the "Great Storm" hit Britain and northern France in 1987, sparking the first-ever "red" weather warning for London on Friday.

The Met Office, Britain's meteorological service, issued a less-severe "yellow" wind warning for much of the south coast of England and South Wales on Saturday, which it said "could hamper recovery efforts from Storm Eunice".

Scientists said both the 1987 storm and Eunice packed a "sting jet", a rarely seen meteorological phenomenon borne out of an unusual confluence of pressure systems in the Atlantic that magnified the effects on Friday.

Ferries across the Channel, the world's busiest shipping lane, were suspended, before the English port of Dover reopened Friday afternoon. 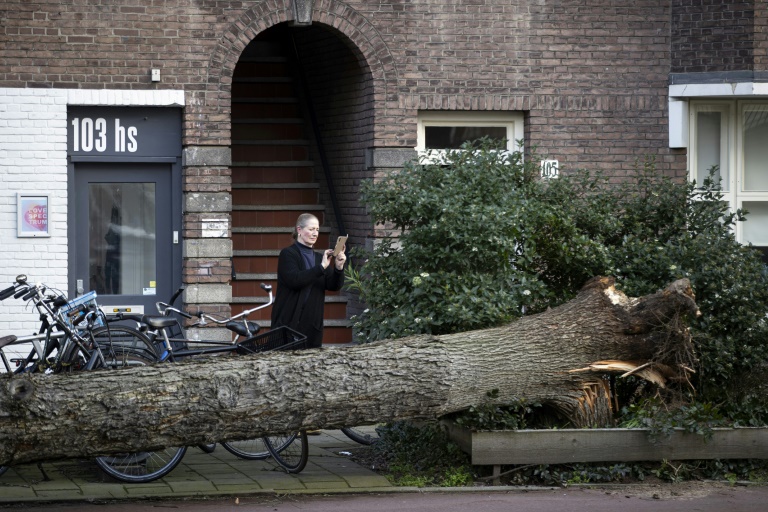 Hundreds of flights were cancelled or delayed at London's Heathrow and Gatwick airports and Schiphol in Amsterdam. One easyJet flight from Bordeaux endured two aborted landings at Gatwick -- which saw wind gusts peak at 78 miles per hour -- before being forced to return to the French city.

London's rush-hour streets, where activity has been slowly returning to pre-pandemic levels, were virtually deserted Friday as many heeded government advice to stay at home.

The London Fire Brigade declared a "major incident" after taking 550 emergency calls in just over two hours -- although it complained that several were "unhelpful", including one from a resident complaining about a neighbour's garden trampoline blowing around.

The RAC breakdown service said it had received unusually low numbers of call-outs on Britain's main roads, indicating that motorists were "taking the weather warnings seriously and not setting out".

Experts said the frequency and intensity of the storms could not be linked necessarily to climate change. 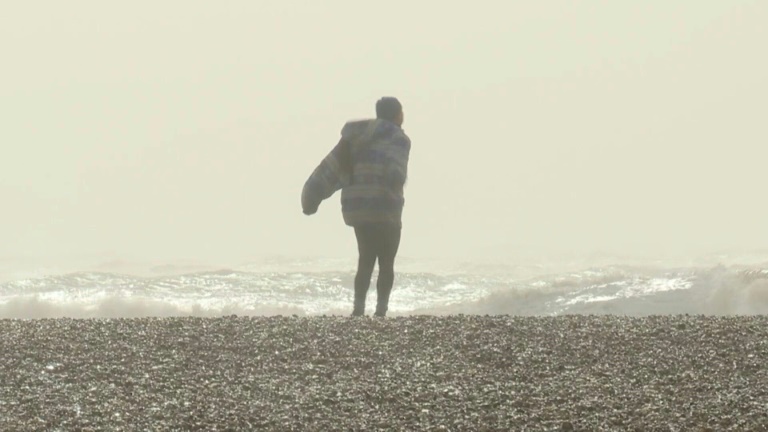 Therefore, he said, "flooding from coastal storm surges and prolonged deluges will worsen still further when these rare, explosive storms hit us in a warmer world".