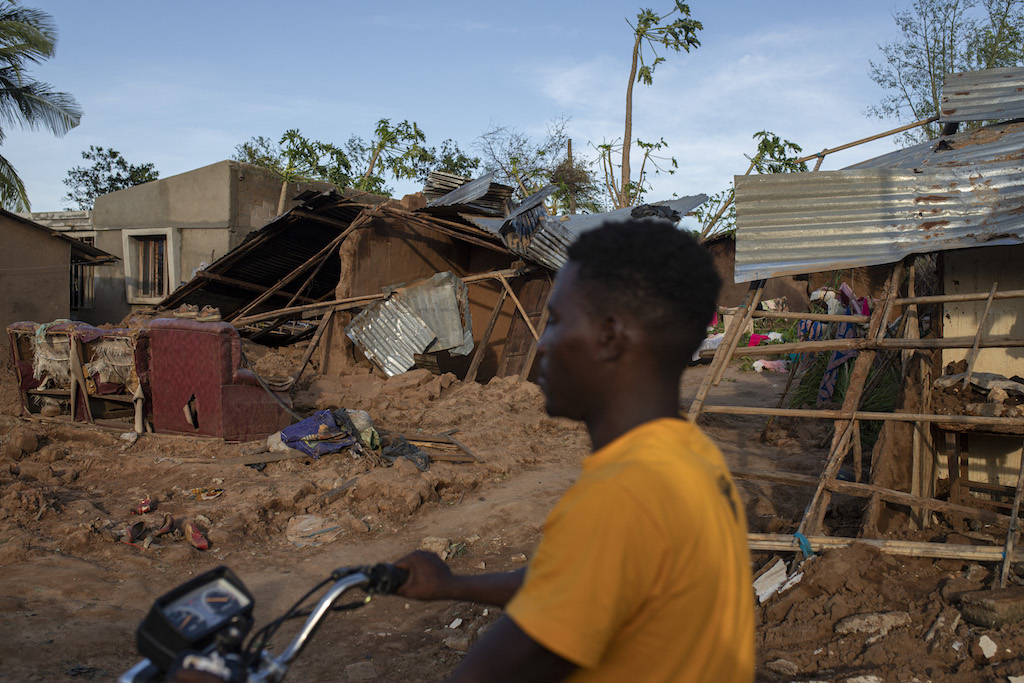 A man drives his motorcycle past a destroyed house following the passage of cylone Gombe in Nampula. AFP/Alfredo Zuniga

NAMPULA - The death toll from a cyclone that struck Mozambique this week climbed to 12 on Sunday as it moved towards Malawi killing five more after devastating wind and rain lashed the southern African countries.

Cyclone Gombe has affected more than 30,000 people, injuring 40, and destroyed more than 3,000 homes since making landfall on Friday.

In the port city of Nacala, houses were teetering on the edge of cliffs facing the ocean and walls had collapsed, an AFP photographer saw.

Most thatched roofs were damaged and another made of sheet metal lay on the ground after the wind swept away the bricks, while uprooted trees also littered the ground.

Eight shelters have opened in Nampula, Mozambique's most populous province which suffered death and destruction when Tropical Storm Ana struck in January.

Mozambique was devastated by Cyclone Idai in 2019, the most violent storm to ever hit the country.

"Gombe arrived with more intensity than Idai, but luckily it didn't have the same impact, in terms of destruction and the fact that it lost strength right at the beginning," said Cesar Tembe from Mozambique's national institute for risk management.

Gombe moved towards Malawi, according to Meteo-France, where five deaths were reported later Sunday, authorities said in a statement.

In some southern areas of the country, the rain had not stopped for two days.

Around 80 tropical storms or cyclones form above tropical waters around the world each year. The cyclone season in southern Africa lasts from November to April.