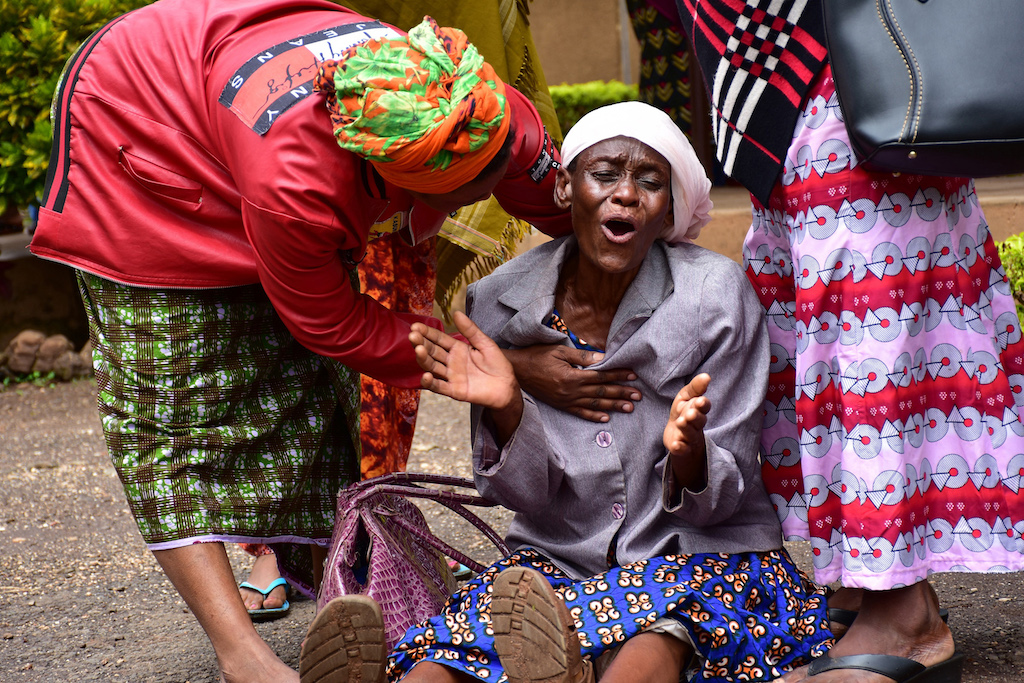 A woman is consoled at Mawenzi hospital after the death of her granddaughter who was killed in a stampede during a church service.

DAR ES SALAAM - Twenty people in Tanzania were trampled to death at an open-air evangelical Christian church service in the north of the country, officials said.

Kippi Warioba, district Commissioner in the northern town of Moshi, said he feared the number of dead could still rise from the accident which took place on Saturday.

"So far, 20 people have died, but the death toll could increase as there were also wounded," Warioba told AFP.

At least 16 others were injured in the crush, he said.

The tragedy happened when a crowd of worshippers was attending a prayer ceremony on Saturday led by the popular preacher, Boniface Mwamposa, who heads the Arise and Shine Ministry Tanzania.

The stampede occurred when Mwamposa, who calls himself the "Apostle", poured what he said was holy oil on the ground and the crowd surged toward to touch it in the hope of being cured of sickness, witnesses said.

"Dozens of people immediately fell being jostled and trampled, and some died. We have counted 20 people killed -- but there are also wounded."

READ: Twelve killed in stampede at religious gathering in India

"It was horrible, people trampled on mercilessly, jostling each other with elbows," said another witness, Peter Kilewo.

"It was like the preacher had thrown bundles of dollars about... and there were all these deaths!"

Mwamposa, the preacher, fled the scene after the stampede, and police appealed in a broadcast on national television for him to hand himself in.

The preacher was arrested in the port city of Dar es Salaam later on Sunday.

"Boniface Mwamposa tried to flee after this incident, but as I speak, he is in the hands of the police," Interior Minister George Simbachawene told a press conference.

Simbachawene said that the preacher had started the stamped by calling on the packed crowd to place their foot on the spot where he had poured the oil.

"These are the words that led to these deaths," said Simbachawene. "He must answer for it."