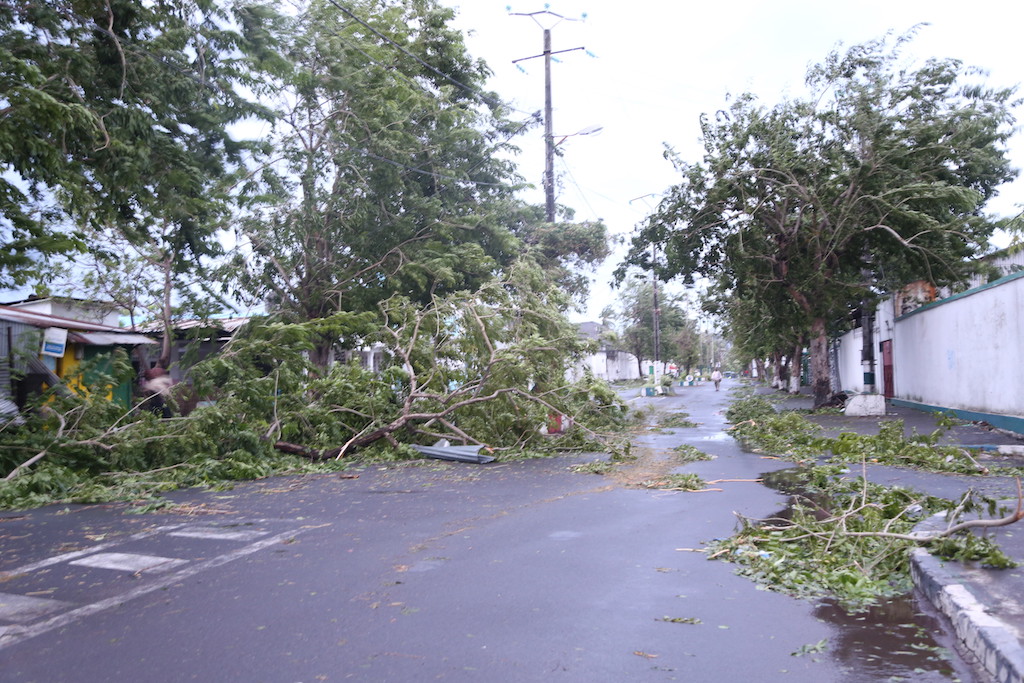 Fallen trees are pictured on a road on April 25, 2019 in Moroni after tropical storm Kenneth hit Comoros before heading to recently cyclone-ravaged Mozambique.

JOHANNESBURG - At least 30,000 people have been evacuated from northern parts of Mozambique that have been hit by cyclone Kenneth.

This is the second cyclone to make landfall in the country in just over a month.

It started over the Comoros Islands a day before, where three people were killed.

On Thursday evening, it made landfall on the north coast of Mozambique close to Pemba city with wind speeds equivalent to a Category 4 hurricane.

While Kenneth is not as strong as cyclone Idai, it's caused some flooding and storm surges.

More than 900 people died when Idai brought devastation to Mozambique, Malawi and Zimbabwe.

At least three million people were left in need of humanitarian assistance.

The International Federation of the Red Cross in Southern Africa is on high alert as Cyclone Kenneth batters Mozambique. It hit the northern part of the country last night. Courtesy #DStv403