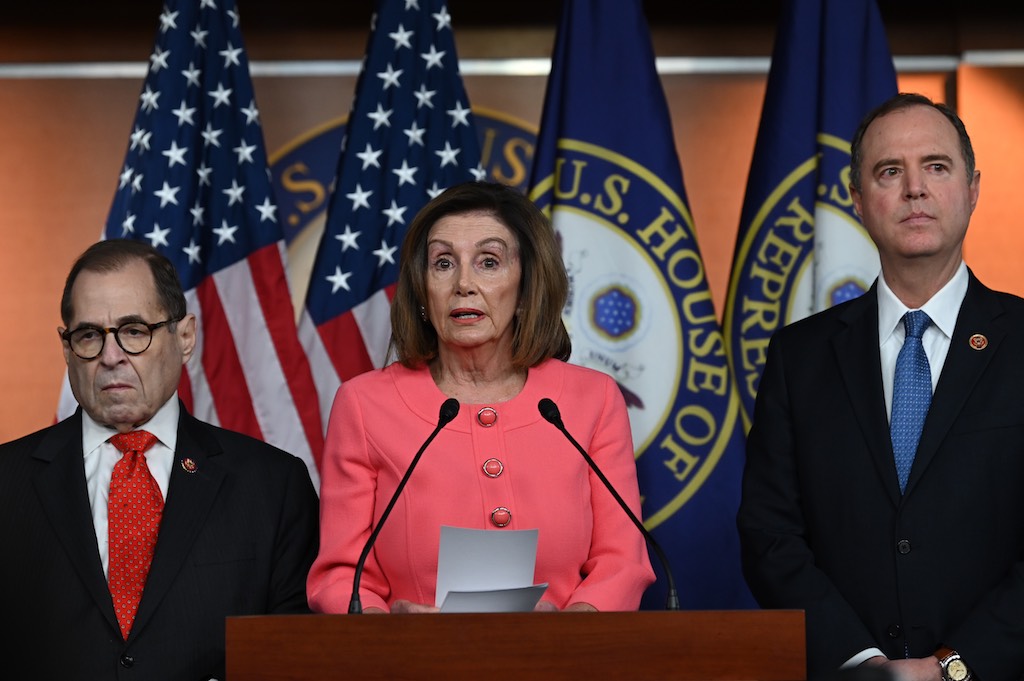 Speaker of the House Nancy Pelosi (D-CA) announces impeachment managers for the articles of impeachment against US President Donald Trump on Capitol Hill January 15, 2020, in Washington, DC, next to Judiciary Committee Chairman Jerry Nadler(L)D-NY and Adam Schiff(D-CA), the House Democrat who led the Trump investigation.

Schiff, a Democratic lawmaker from California, would be the House "lead manager" at Trump's Senate trial expected to begin on Tuesday, Pelosi said.

Schiff led the House investigation that resulted in Trump's December 18 impeachment for abuse of power and obstruction of Congress.

Pelosi said a resolution would be voted on later Wednesday in the House formally naming the managers and transmitting the articles of impeachment to the Senate.

"The president of the United States is not above the law," Pelosi said. "He will be held accountable."