Afghan Paralympian beats the odds to compete in Tokyo 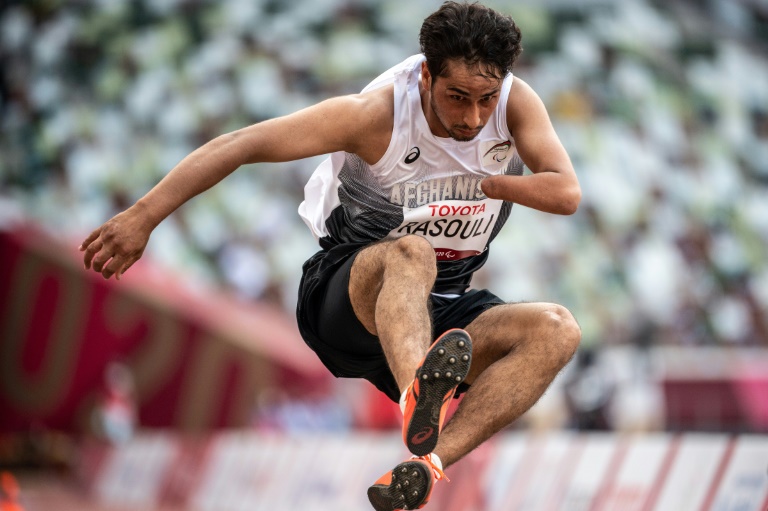 Afghanistan's Hossain Rasouli nearly missed out on the Paralympics after his country fell to the Taliban. AFP/Philip Fong

TOKYO - After a dramatic evacuation from Taliban-held Kabul and a secret operation to fly him to Tokyo, Afghan Paralympian Hossain Rasouli beat the odds on Tuesday to compete in the long jump.

It was not the event he had been expecting to contest, after qualifying for the 100m T47, but then just about everything in his world was turned upside down with the insurgents' capture of his homeland.

After the militant group overran the capital, he and fellow Afghan Paralympian Zakia Khudadadi found themselves trapped, with no way to get to Tokyo.

At first, it seemed their Paralympic dream was over. A Tokyo 2020 volunteer symbolically carried the Afghan flag during the Games opening ceremony, with no athletes on the ground to take part.

Over the weekend though, officials revealed the Afghan pair had been successfully flown out of the country.

After a stop in Dubai, they were taken to Paris and spent a week at the French sports ministry's high-performance training centre before flying to Tokyo, where they arrived on Saturday evening.

The pair are being kept away from the media, with the International Paralympic Committee saying the athletes needed space to focus on their sport.

But IPC spokesman Craig Spence said Tuesday that Rasouli was "super excited to be competing today".

The Afghan emerged from the athletes' entrance on Tuesday with a wave to team officials dotted around the mostly empty Olympic Stadium.

Rasouli, whose left hand was amputated as the result of a mine explosion, then proudly pointed towards the Afghanistan Paralympic Committee logo on his vest.

The 26-year-old finished last, reflecting his comparative inexperience in the discipline -- it was his first time taking part in long jump in a major competition.

Still, Spence said, "it was great to see him" on what was "a very special occasion".

Khudadadi will compete in taekwondo on Thursday.