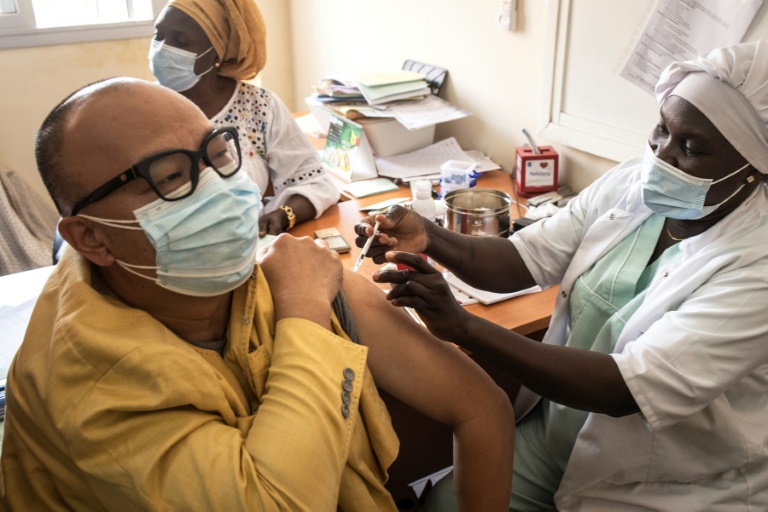 A man gets an AstraZeneca jab at the Ngor Clinic in Dakar, Senegal. Health watchdogs in Africa are worried about the availability of second doses of the vaccine.

ADDIS ABABA - Africa is "in a bind" over coronavirus vaccines, as some countries could run out of jabs without knowing when more will be available, the continent's disease control body said Thursday.

Health officials hope to vaccinate at least 20 percent of the continent's more than one billion people by the end of the year.

But many African countries are depending on AstraZeneca jabs produced in India and allocated under the Covax scheme, which aims to provide equitable access around the world and particularly in poorer countries.

India announced last month it was putting the brakes on vaccine exports as it battled a new wave of infections and a faltering inoculation drive at home.

"We are in a bind as a continent," Dr John Nkengasong, director of the Africa Centres for Disease Control and Prevention (Africa CDC), told a press conference.

"Access to vaccines has been limited for us as a continent and it's affecting the way in which we roll out our vaccination programme."

He highlighted the case of Ghana, which he said had already administered "70 to 80 percent" of its current supply of shots, most of which came via Covax.

Chance in a million

"Even if Ghana had the money it would not know where to go get the vaccine," Nkengasong said, noting that AstraZeneca is a two-dose vaccine.

"We cannot predict when the second doses will come."

As of Monday the African Union's 55 member states had acquired 34.6-million vaccine doses and administered 13.9 million, although 8.6 million of those were in Morocco alone, Nkengasong said.

Separately, the World Health Organization (WHO) said more than 13.6-million jabs had been given out across Africa, of which 12 million were AstraZeneca.

Most of the reported side-effects from jabs have been slight to moderate, the WHO's African Region said in a statement issued in Brazzaville, capital of the Republic of Congo.

No cases of blood-clotting problems have been reported, it said, touching on a particular concern about AstraZeneca vaccines.

The AU is also trying to secure shots bilaterally, outside the Covax scheme.

The Africa CDC had at one point been in talks to acquire AstraZeneca shots direct from the Serum Institute of India, but Nkengasong said last week it had abandoned that effort to avoid replicating the work of Covax.

He stressed Thursday, though, that he still saw the shot as central to Africa's vaccination strategy, despite concerns that it too might be linked to rare blood clots.

"If they have vaccines at the Serum Institute today we'll be happy to get them," he said. 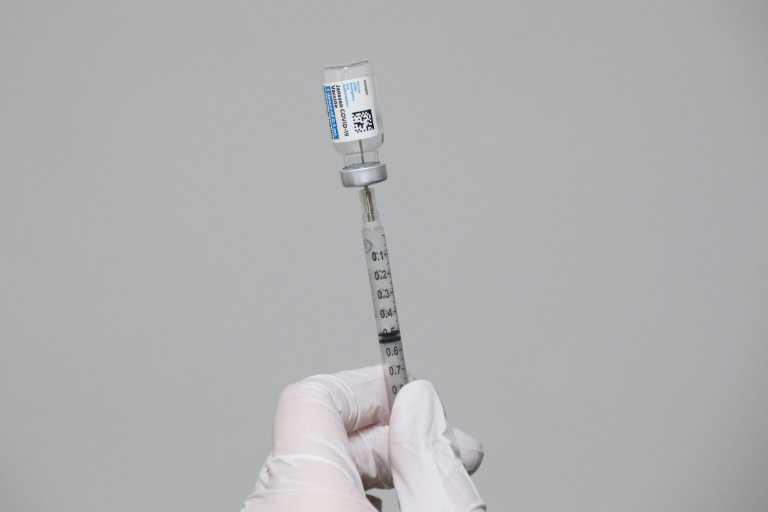 Johnson & Johnson announced last month it would make up to 400 million doses of its own single-shot vaccine available to Africa, though the first shipments were not expected to arrive until the third quarter of 2021.

South Africa is the only country to have acquired J&J shots of its own, but this week it suspended their rollout after US health authorities recommended a pause over blood clot fears.

No blood clots linked to J&J have been reported in South Africa, Nkengasong said.

The infection trend is rising in 15 African countries, and 45 countries have launched vaccinations, the UN's health agency added.