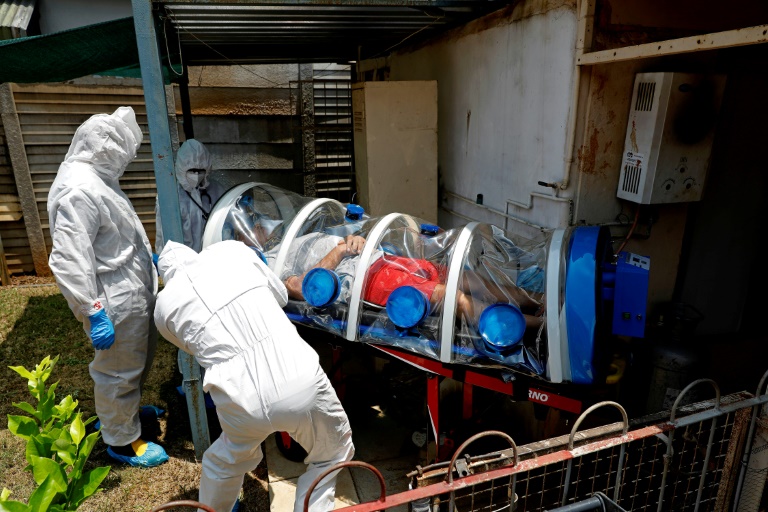 South Africa has been the continent's hardest hit country

JOHANNESBURG - More than 200,000 people have died from Covid-19 in Africa since the start of the pandemic, according to an AFP tally compiled from official records.

A total of 200,254 fatalities have been registered in Africa, home to more than 1.3 billion people, since the virus emerged in China in December 2019.

After several deadly months, including some 27,000 deaths in July and 26,000 in August, the pandemic appears to be easing on the continent, with current daily figures of 617 compared to up to 990 in late July, a record for the region.

The figures are based on tolls communicated daily day by health authorities in each country or by the UN's World Health Organization (WHO) and include the countries of North Africa.

The WHO has said that if excess deaths directly or indirectly linked to Covid are taken into account, the real toll could be double or triple.

The total number of infections is also likely to be an underestimate, given insufficient testing capacity in Africa. 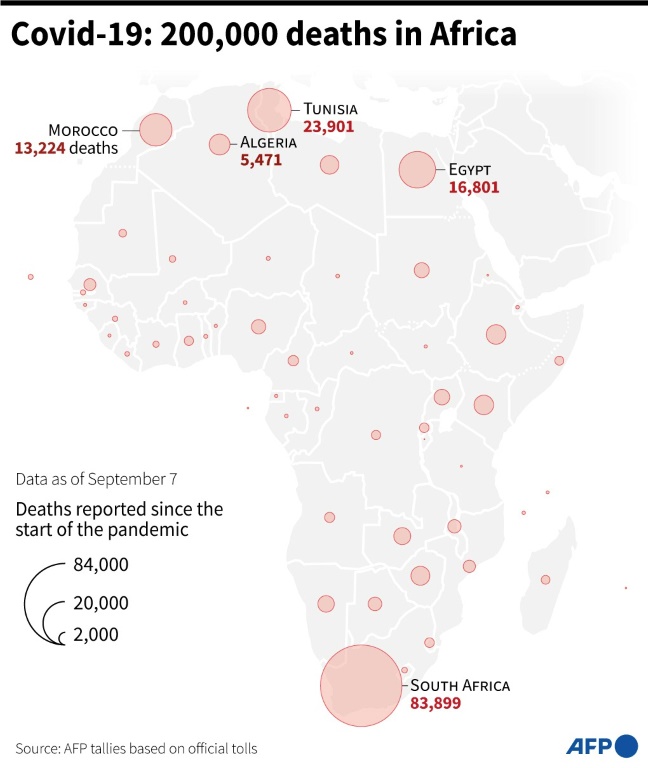 "It's probably a lot higher than that," said researcher Glenda Davidson of South Africa's Cape Peninsula University of Technology. "Testing resources are very low on the continent."

Death registration processes were often delayed and inaccurate, she added.

The current fall in the continent's tally is a result of sharp drops in the hardest-hit countries.

The decrease has been even more striking in Tunisia, which has recorded a daily average of 1,680 cases and 64 deaths: 41 and 39 percent down on the previous week.

The figures are well below those of July, which were described by the government as "catastrophic", with up to 7,900 cases and 207 deaths daily.

Tunisia's summer was also marked by a sharp acceleration in its vaccination drive, with nearly 37 percent of the population having received at least one dose, compared to just 11 percent on July 1.

Africa has seen the lowest vaccination rate to date of all the continents, with only eight jabs administered per 100 inhabitants administered, according to an AFP count, compared with 102 in Europe and 116 in the United States and Canada.

"The inequity is deeply disturbing. Just two percent of the over five billion doses given globally have been administered in Africa," WHO Africa chief Dr Matshidiso Moeti said last week.

However, inoculation in South Africa has been picking up after a rocky start.

"It is contributing to certain changes in trends we are beginning to see."