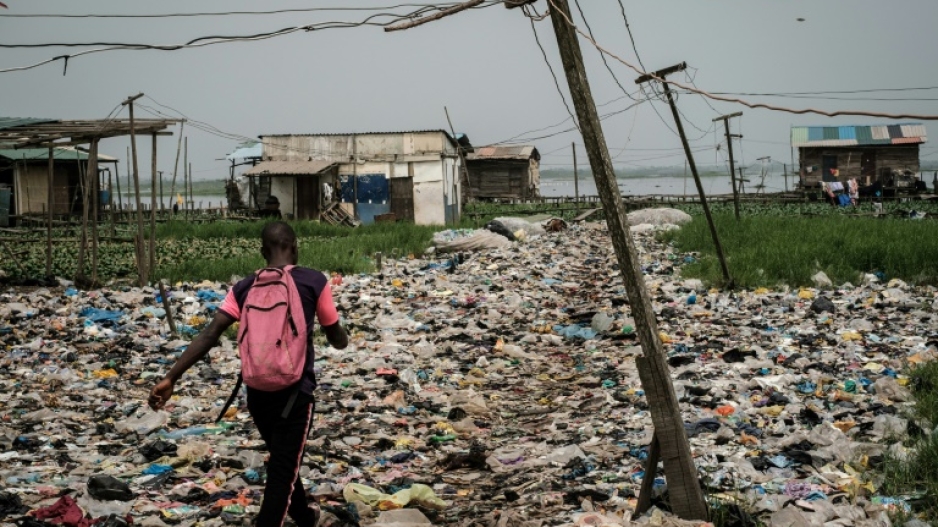 ABIDJAN - What can be done to prevent Africa from becoming the world's biggest dumping ground for plastic?

That's one of the big questions facing United Nations members next week at a stock-taking on Earth's environmental woes.

From Antananarivo to Dakar via Nairobi and Conakry, African cities are scarred by huge landfills where plastic waste is measured in the thousands of tonnes.

The dumps are smelly and dangerous, releasing smoke and toxic particles. They are also a place where impoverished men, women and children pick through the filth to find enough to survive.

Blown by the wind or swept downstream in rivers, plastic waste pollutes the sea, forests and fields, threatening wildlife -- and eventually humans too, because microscopic particles enter the food chain.

"The plastic bags are real killers," said Hama Abdoulaye, a shepherd living near Niamey, the capital of the Sahel state of Niger.

"The animals swallow plastic when they graze on the grass, and die slowly."

The UN Environment Programme (UNEP), which hosts the three-day UN Environment Assembly opening in Nairobi on Monday, says plastic pollution in Africa is accelerating, driven in part by poor rubbish collection and lack of recycling facilities.

The problem poses "a significant threat for the environment and the economies of the continent," it said in a recent report.

Some 300 million tonnes of plastic waste -- the equivalent weight of the planet's human population -- are produced each year.

But globally less than 10 percent is recycled, a figure that anecdotally is far smaller in Africa, although reliable statistics for the continent are rare.

"If nothing is done in a few years, Africa will become a dustbin of plastic bags and waste," said Ousmane Danbadji, head of an NGO called the Niger Network for Water and Sanitation.

In 2018, China decided to ban the import of plastic waste, a move followed by other Asian countries such as the Philippines and Malaysia.

This has raised fears of a knock-on effect -- that wealthy economies will increasingly turn to Africa to dispose of their plastic rubbish.

Africa is already a long-established destination for other hazardous products and materials such as batteries or used electrical and electronic components, particularly Ghana and Nigeria.

"There is a great risk of seeing all the waste from industrialised countries dumped here in Africa," said Yves Ikobo, head of a grassroots organisation in DR Congo called Planete Verte RDC. 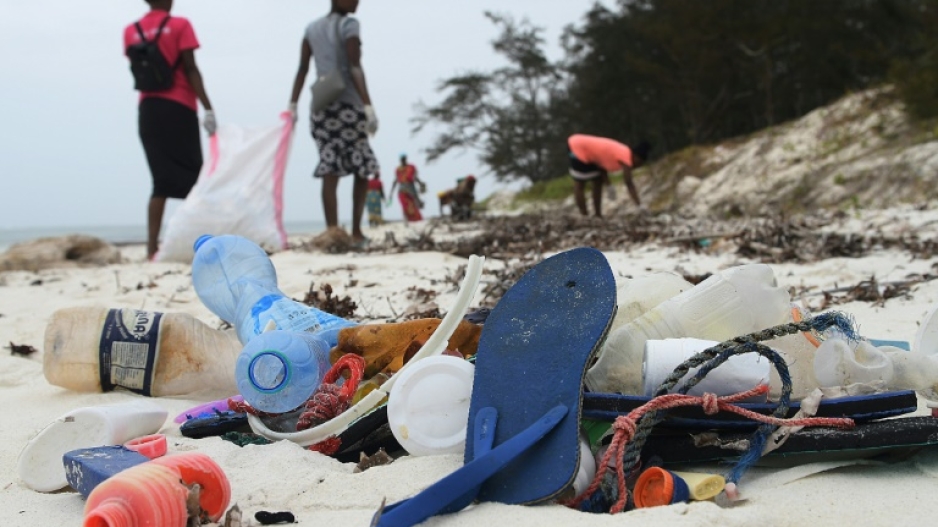 In Nairobi, African countries will try to reach a common position on banning the import of plastic waste into the continent, with a view to talks for an international agreement against plastic pollution.

Since the beginning of the 2000s, most of the states of sub-Saharan Africa have gradually adopted legislation prohibiting production, import, marketing, use and storage of plastic bags and packaging.

But the laws are routinely flouted or poorly applied.

In a letter to AFP, the Economic Community of West African States (ECOWAS) said it was "finalising a draft regulation" on harmonising national rules among its 15 members.

However, member states "have not yet agreed... on a deadline for the import of plastics," it admitted.

"There is a lack of commitment from many states in Africa," said John Gakwavu, head of a Rwandan environmental conservation NGO.

"We can't do anything against the proliferation (of plastic waste) because politicians are not really committed to the fight," he said.

But the lack of commitment is not just a question of weak governance.

It is also linked to the economic and social impact of the plastics sector, which is a big employer in several countries.

"I don't think African countries will take exactly the same position" in Nairobi, said Nhlanhla Sibisi of Greenpeace Africa, based in Johannesburg. 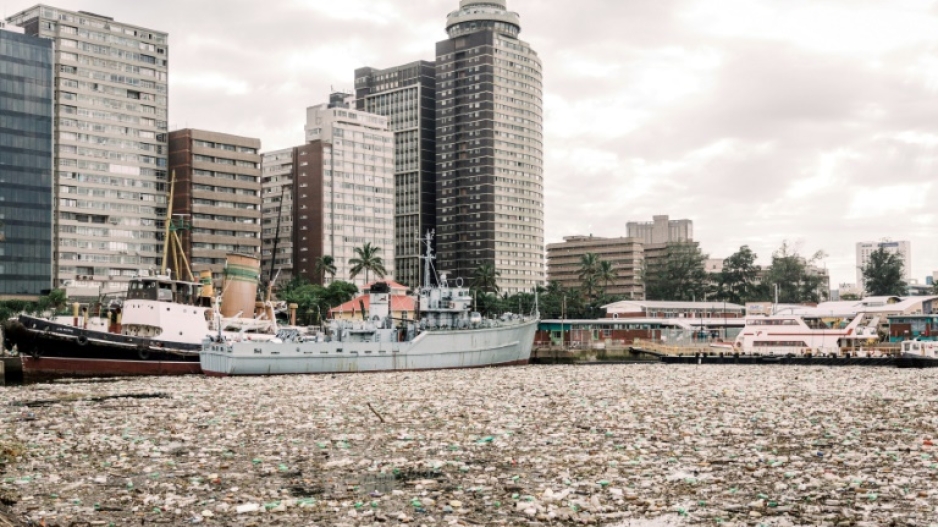 The plastics sector is a big employer in several African countries, which only adds to the challenge

South Africa is a case in point.

Around 65,000 people are employed in the synthetics material business in the continent's biggest economy -- a huge plus in a country where 65 percent of young people are unemployed -- and the sector is a major tax contributor.

This formulation is routinely heard at UN climate conferences, when developing countries say they should not be asked to shoulder the same burden as rich ones.

"It will be very difficult for our countries to unite in banning the entry of waste," said Ikobo.

"It is also, for them, a means of bringing in finance, of capital. Hence the importance for us to continue to apply pressure so that we do not sacrifice the future of the continent."

But there are other voices who say that importing plastic waste is acceptable, provided conditions are met.

Richard Kainika, secretary general of the Association of Kenyan Waste Recyclers, said he had "no problem" so long as the waste was "well sorted and classified."

Meanwhile, grassroots work on the environment -- something that was absent for so long in Africa -- is picking up. 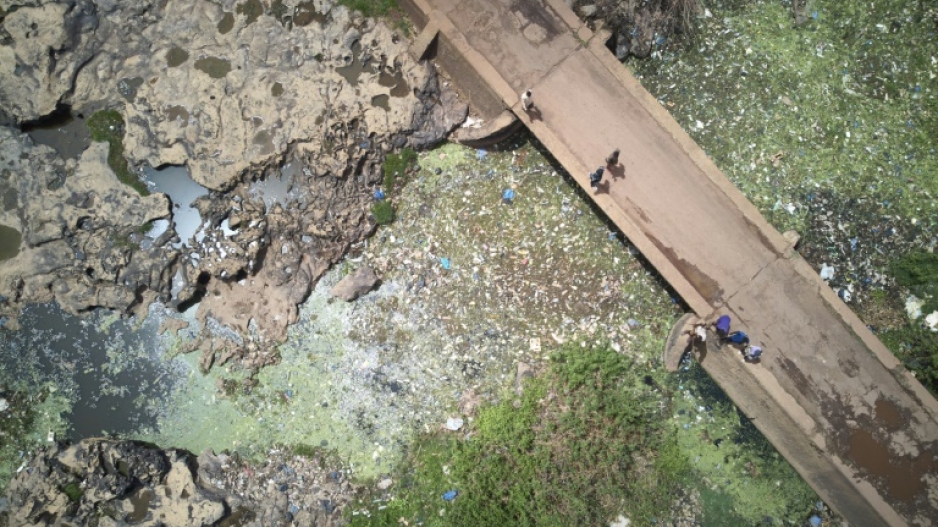 Though long absent in Africa, grassroots work on the environment is, however, picking up

In some locations, citizens are working to pick up plastic in the streets and on the beaches, and some cautious projects in recycling have started up.

Bright stars include Libreville and Abidjan where, thanks to a collaboration with UNESCO and a Colombian company, a factory for recycling plastic into bricks opened in 2020 with a view to building hundreds of schools in Ivory Coast.

By themselves, these initiatives will not solve the far bigger problem of massive and reckless dumping of plastic.

But they do sow the seeds of awareness, which in turn leads to pressure on governments to act.

Could they be the first small steps that saves the continent from drowning in plastic?