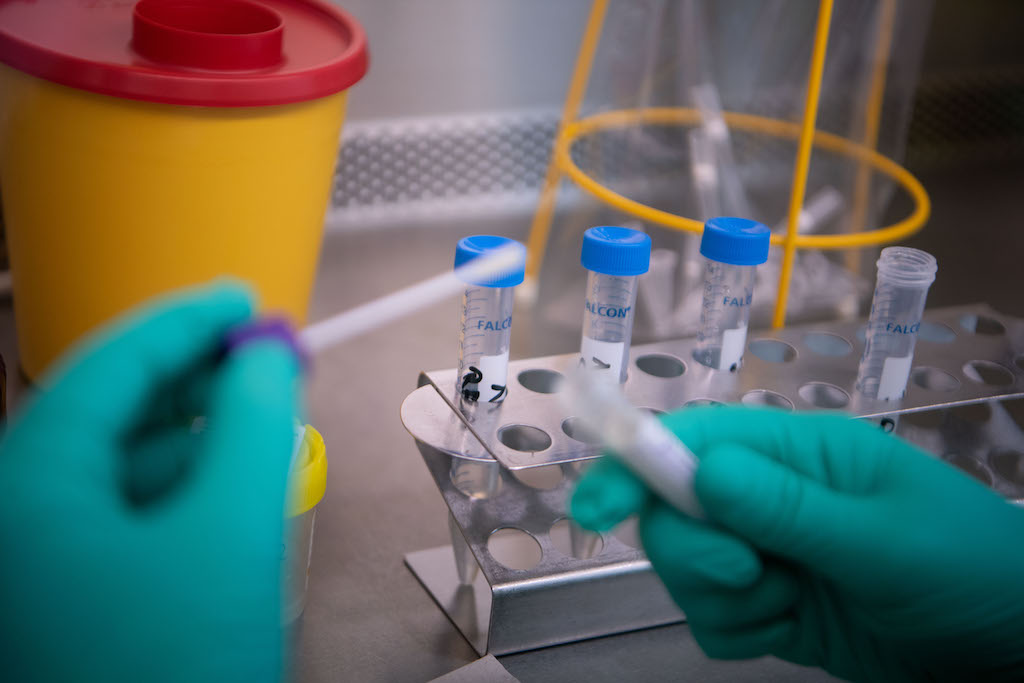 File: A laboratory assistant works on a test sample of a suspected case of the coronavirus.

DAKAR - African countries are scrambling to avert an outbreak of the rapidly spreading coronavirus strain, as health officials warn that the poorest countries are ill-equipped to combat the deadly disease.

Across the continent, governments have stationed nurses at airports to check for feverish passengers and have suspended Chinese entry visas, while ordinary people grow increasingly nervous.

There have been no verified infections in Africa to date, but deep trade links with China and often overstretched healthcare systems are raising concerns about the capacity to respond to an outbreak.

The World Health Organization (WHO) on Thursday declared a global emergency as coronavirus infections spread, after initially downplaying the threat.

"Our greatest concern is the potential for the virus to spread to countries with weaker health systems," WHO chief Tedros Adhanom Ghebreyesus said.

J. Stephen Morrison, director of the Global Health Policy Center at the Center for Strategic and International Studies in Washington, said the disease risked taking root if it reaches certain African countries.

He warned that such a scenario could usher in a "global pandemic".

On Saturday, the Democratic Republic of Congo became the latest African nation to ask citizens to avoid travel to China "until further notice".

Mosoka Fallah, the head of Liberia's public health institute, told lawmakers this week that the rapid spread of the new coronavirus was "catastrophic".

"Steps must be taken as early as possible to prevent it from entering here," he said, adding that the government had ramped up airport checks.

Anciao Fabiao Paulo, an Angolan student, told AFP that "it's over" if coronavirus reaches his country.

"Our health system is vulnerable and there are no good specialists. With malaria, people are already dropping like flies," he said.

Coronavirus has killed more than 200 people in China -- where it emerged in the central city of Wuhan -- and infected thousands more.

"The first sign of these communicable diseases is a fever," said Barnabe Gning, in charge of sanitary control in the West African country's airports.

However, Gning cautioned that thermal cameras are not foolproof.

These allow people with a high temperature to be identified -- the camera screen shows their body heat -- and then quarantined pending a lab test confirming a coronavirus infection.

Egypt, Morocco, Ethiopia, Kenya, South Africa, Rwanda and Mauritius are expected to "enhance screening" because of frequent traffic with China, he said.

Elsewhere, governments have enacted travel bans or urged people to remain indoors, adding to a sense of alarm.

Fears of an outbreak were rife in Nigeria this week, when authorities shut a Chinese supermarket in the capital Abuja. But they did so to remove expired products.

"The first thing is to avoid going to Chinese shops as much as possible," said Mqondisi Dube, a journalist in the capital Gabarone.

And in the West African archipelago of Cape Verde, locals are rushing to buy fennel because of false claims it heals coronavirus.

In a sign of extreme caution, some governments are also asking Chinese nationals to remain indoors.

Nigeria has urged any person arriving from China to "self-isolate" for at least two weeks, even if they are not ill.

The Chinese embassy in Mauritania has similarly asked its recent arrivals in the West African country to remain indoors for two weeks.

In Mozambique, the government has suspended visas for Chinese citizens and forbidden its citizens from travelling there.

South African authorities are checking passengers' temperatures at airports and have listed 11 hospitals that will deal with emergencies if they arise.

Though Africa is one of the few continents not to have confirmed coronavirus cases, the number of suspected cases is increasing.

But confirming coronavirus can take time, as health authorities lacking expertise have to send samples to labs in countries such as South Africa.

"It is very possible that there are cases that are going on the continent that have not been recognised," John Nkengasong, the director of the Africa Centres for Disease Control and Prevention, told reporters this week.