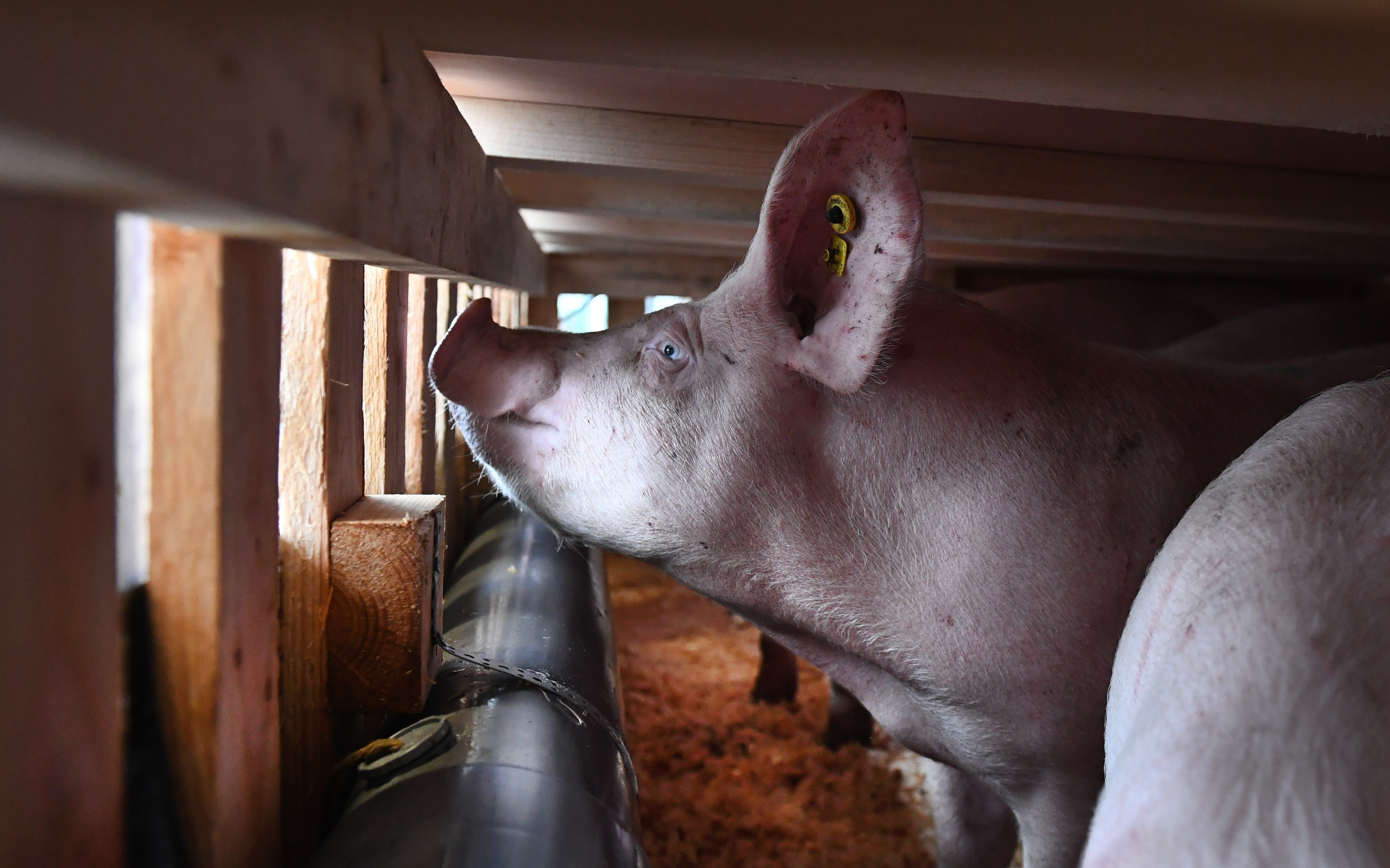 File: A pig looks out from a cage to be loaded onto a cargo plane en route to China from the Brest-Bretagne Airport in Guipavas, Brittany, on March 10, 2020.

JOHANNESBURG - There's been an outbreak of the African swine fever in the Amathole District in the Eastern Cape.

The virus has been detected for the first time in three years in the province.

The Agriculture, Land Reform and Rural Development Department said investigations and post-mortems are underway in villages where about 50 pigs died.

The villages have now been quarantined and no pigs are allowed to move in or out of the affected areas.

It’s not regarded as a risk to people and isn’t a public health threat.