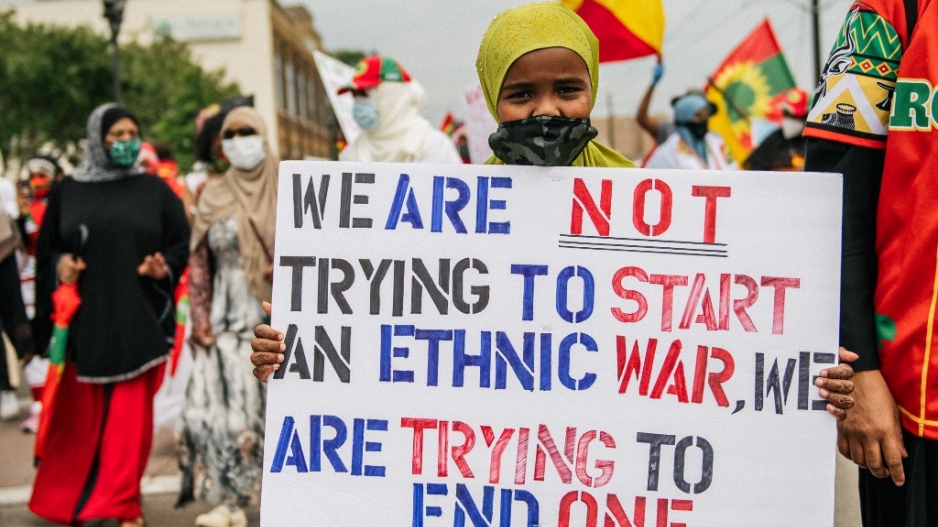 ADDIS ABABA - The African Union on Tuesday condemned attacks on civilians in Ethiopia and called on perpetrators to be brought to justice, a day after dozens were reported killed in what the national human rights body labelled a "massacre".

Faki also called on Ethiopian politicians "to engage in an inclusive national dialogue" to cool tensions, warning that "failure to do so can have grave impacts not only in the country but the region as a whole".

On Monday the Ethiopian Human Rights Commission (EHRC) said at least 32 civilians were killed in a "massacre" in an area of western Ethiopia known as Wollega.

READ: Why Ethiopia is in deep trouble, and how it got here

It said perpetrators targeted members of the Amhara ethnic group, the country's second largest, rounding victims up in a school before opening fire.

It is the latest in a series of recent attacks targeting Amharas, ramping up pressure on Prime Minister Abiy Ahmed, the country's first Oromo leader, to address Ethiopia's persistent security woes.

The government blamed the weekend attack on the Oromo Liberation Army (OLA), an armed group active in western and southern Ethiopia.

The Oromia regional government also accused the Tigray People's Liberation Front (TPLF), the ruling party in Ethiopia's northern Tigray region, of collaborating with the OLA "to cause instability in our region... and our country."

It did not provide evidence for the claim.

The TPLF dominated Ethiopian politics for nearly three decades before Abiy came to power in 2018 on the strength of anti-government protests.

It is locked in a bitter dispute with Abiy that analysts and diplomats warn could turn violent.

In Wollega on Tuesday, survivors of the weekend attack continued to bury the dead, though hundreds were still hiding out in the surrounding forest, according to one resident who spoke on condition that he be identified only by his first name, Abebaw.

"We buried 52 bodies yesterday and eight more bodies this morning, with several more expected to be buried later in the afternoon," Abebaw said.