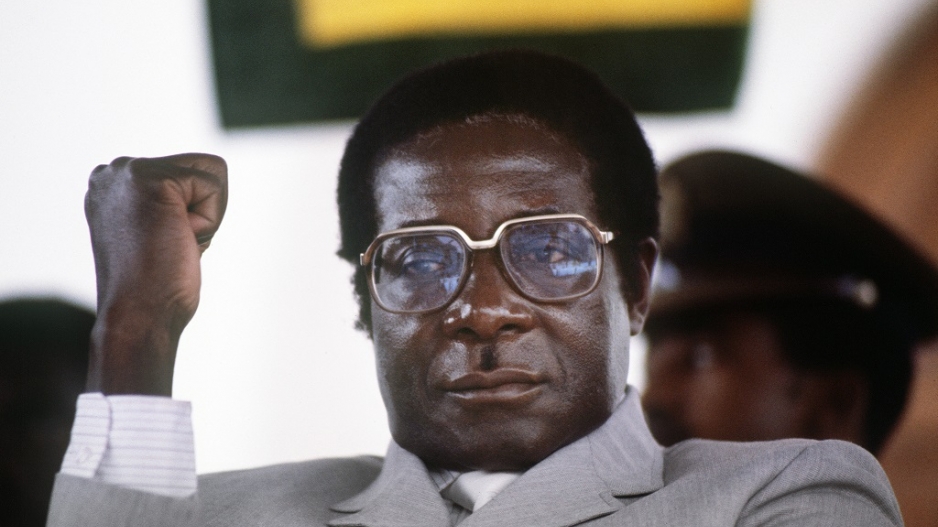 Zimbabwe's Prime Minister Robert Mugabe clenches his fist, in July 1984 in Harare stadium during a meeting.

JOHANNESBURG - Zimbabwe's former president Robert Mugabe, whose death was announced on Friday, was in power for 37 years, but is far from the only African leader to have ruled for so long.

Having come to power in a 1979 coup, he was re-elected in 2016 to a fifth seven-year term in his tiny, oil-rich country.

Here is a rundown of the continent's leaders in longevity.

Ethiopia's late emperor Haile Selassie holds the record for the longest time in power on the African continent. After reigning for 44 years, he was ousted in 1974.

Libya's Moamer Kadhafi, who ruled with an iron fist for nearly 42 years, was killed in 2011 after a protest movement turned into an armed conflict. Omar Bongo Ondimba governed oil-rich Gabon for more than 41 years until his death from cancer in 2009. Angola's Jose Eduardo dos Santos stepped down in September 2017, having led his oil-rich country for 38 years.

Among those still in power, Cameroon President Paul Biya is the second longest-serving leader in Africa with more than 36 years in office.

He was re-elected in October 2018 to a seventh term.

In Congo-Brazzaville President Denis Sassou Nguesso has spent 35 years in office, but not in one go.

Sassou Nguesso was re-elected in March 2016.

In Uganda, Yoweri Museveni has been in power for 33 years.

He took office in January 1986 after winning the war that ousted brutal dictator Idi Amin Dada.

He was elected to a fifth term in February 2016.