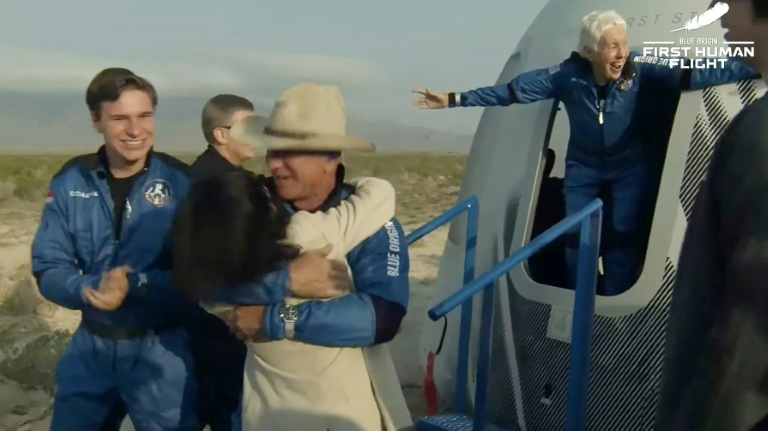 WASHINGTON - Jeff Bezos fulfilled his longtime dream of going into space Tuesday and potentially opening a door to space tourism -- possibly the next mission for the man who built one of Earth's biggest business empires.

The Amazon founder spent a few minutes in space on a reusable rocket built by his firm Blue Origin as part of a four-member crew, in a small step toward his stated goal of building floating space colonies.

The journey comes just two weeks after he stepped aside as chief executive of Amazon, which grew from a garage startup into one of the world's most formidable businesses.

Bezos, 57, remains executive chair at the technology and e-commerce colossus he founded 27 years ago. He founded Blue Origin in 2000 and has poured in billions of his money into the venture.

With a fortune worth more than $200 billion, Bezos has been at or near the top of the world's richest people, even after his divorce settlement.

He owns some 10 percent of Amazon, a behemoth with a presence in dozens of countries and some 1.3 million employees.

But Bezos often points to his humble beginnings: born to a teenage mother in Albuquerque, New Mexico and adopted at the age of four by his Cuban immigrant stepfather. 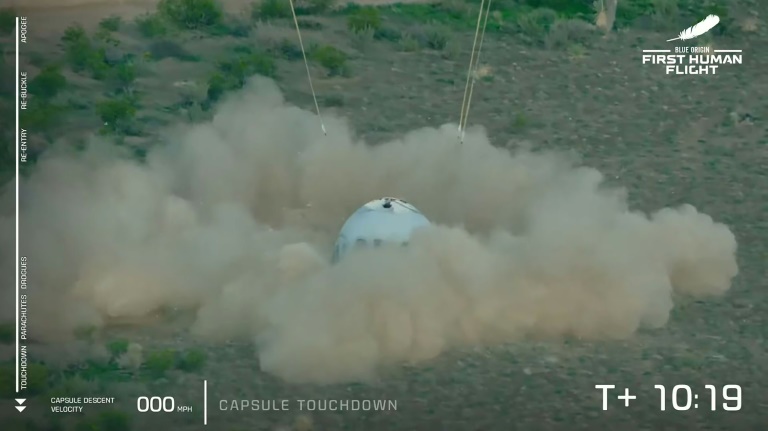 This still image taken from video by Blue Origin shows the reusable New Shepard craft capsule as it returns from space at touchdown, on July 20, 2021, in Van Horn, Texas

Bezos was attracted by computer science when the IT industry was in its infancy and studied engineering at Princeton University.

After graduating, he put his skills to work on Wall Street, where by 1990 he had risen to be a senior vice president at investment firm D.E. Shaw.

But about four years later he surprised peers by leaving his high-paid position to open an online bookseller called Amazon.com, backed by money from his parents.

In his parting letter to Amazon staff, Bezos said the company succeeded by following his mantra: "Keep inventing, and don't despair when at first the idea looks crazy."

In public appearances, Bezos often recounts the early days at Amazon, when he packed orders himself and drove boxes to the post office.

Today, Amazon has a market value of some $1.8 trillion. It posted 2020 annual revenues of $386 billion from operations in e-commerce, cloud computing, groceries, artificial intelligence, streaming media and more.

"Bezos has been a transformational leader... in book selling, the retail market, cloud computing and home delivery," said Darrell West, a senior fellow at the Brookings Institution's Center for Technology Innovation.

"He was a pioneer who introduced many of the conveniences that people take for granted." 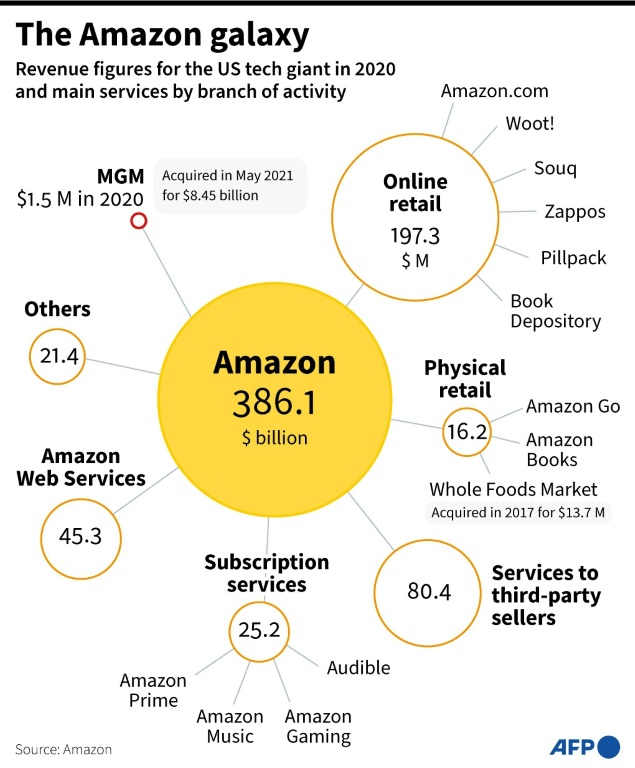 Bezos "had an instinct for the right thing" in finding the next market, said Roger Kay, analyst at Endpoint Technologies Associates.

Kay said Bezos deftly transitioned from books to other merchandise to an online marketplace, and successfully built the cloud infrastructure for the company which became the highly profitable Amazon Web Services.

Amazon outlasted its rivals by forgoing profits in its early years "and reinvesting everything into expanding," Kay said.

"If you look at the trajectory now, it was all logical," Kay added. "You can say Bezos has been one of the best business architects of his time."

Bezos has been fascinated by space since watching the 1969 Apollo moon landing as a child and sees space as important to the future of the planet.

He has spoken about the possibility of humans living in space colonies, drawing ideas from science fiction writers as well as scientists.

"We humans have to go to space if we are going to continue to have a thriving civilization," Bezos told a 2019 CBS News interview.

"We have become big as a population, as a species, and this planet is relatively small. We see it in things like climate change and pollution and heavy industry. We are in the process of destroying this planet... we have to preserve this planet."

Bezos is stepping away from day-to-day Amazon management to spend more time on projects including Blue Origin.

He also owns the Washington Post newspaper and has devoted time and funds to efforts to fight climate change. 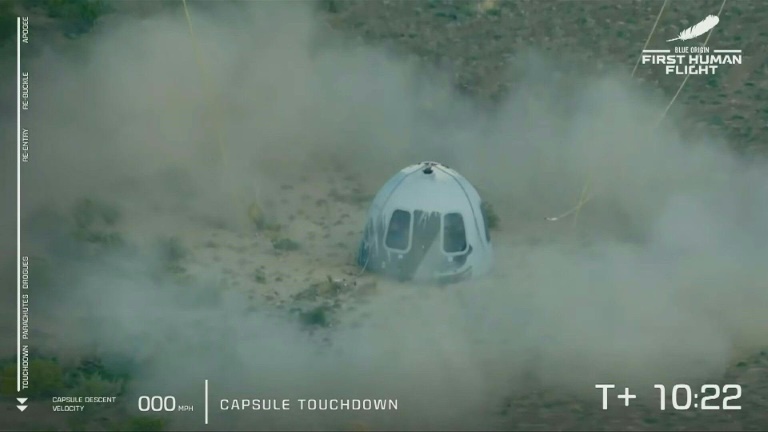 The Teamsters union recently launched a campaign to organize Amazon employees, claiming its workers "face dehumanizing, unsafe and low-pay jobs, with high turnover and no voice at work."

Bezos appeared to respond to worker concerns earlier this year when he called for a "better vision" for employees after a bruising battle over a unionization vote in Alabama, which ultimately failed.

He laid out a new goal for the company to be "Earth's best employer and Earth's safest place to work," in his final letter as chief executive.