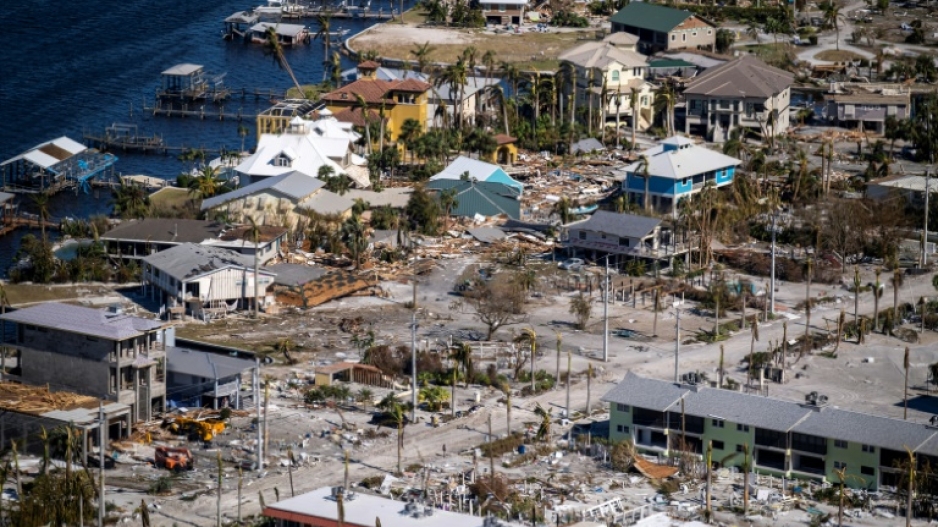 FORT MEYERS - Deadly Hurricane Ian, one of the most powerful storms ever to hit the United States, roared into South Carolina on Friday, delivering a powerful second punch after walloping Florida.

The National Hurricane Center (NHC) said Ian made landfall near Georgetown, South Carolina, as a Category 1 hurricane with maximum sustained winds of 140km/h.

It was later downgraded to a post-tropical cyclone but the NHC said Friday evening that Ian is bringing heavy rain, flash flooding and high winds to both South Carolina and North Carolina. Some areas can expect up to eight inches of rain.

As for storm-ravaged Florida, President Joe Biden said: "We're just beginning to see the scale of the destruction.

"It's likely to rank among the worst in the nation's history," he said of Ian, which barreled into Florida's southwest coast on Wednesday as a Category 4 storm, a tick shy of the most powerful on the Saffir-Simpson wind scale. 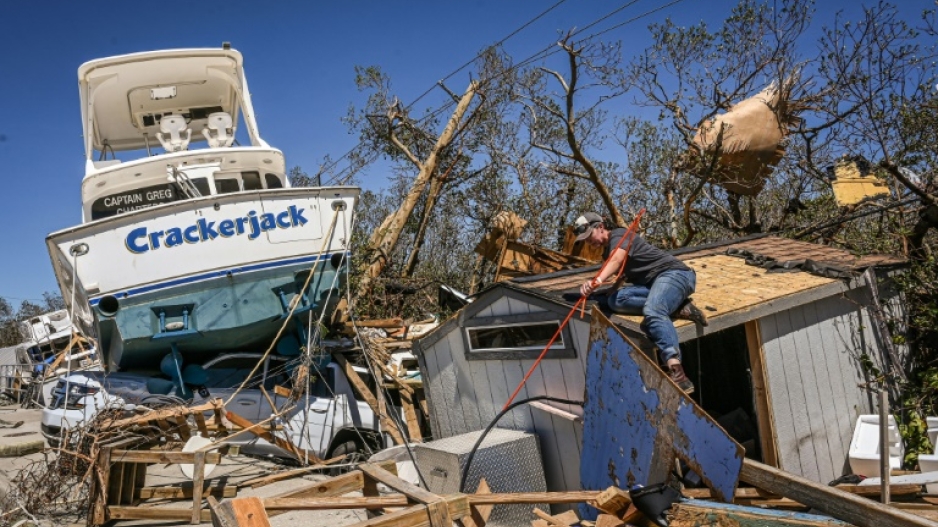 People clear debris in the aftermath of Hurricane Ian in Fort Myers Beach, Florida on September 30, 2022

The death toll from the storm stands at 23, the Florida Department of Law Enforcement said Friday evening.

News outlets quoting county officials have given even higher tolls, with CNN saying 45 fatalities have been blamed on Ian.

Seventeen migrants also remain missing from a boat that sank during the hurricane on Wednesday, according to the Coast Guard. One person was found dead and nine others rescued, including four Cubans who swam to shore in the Florida Keys.

With damage estimates running into the tens of billions of dollars, Biden said it's "going to take months, years to rebuild."

"It's not just a crisis for Florida," he said. "This is an American crisis." 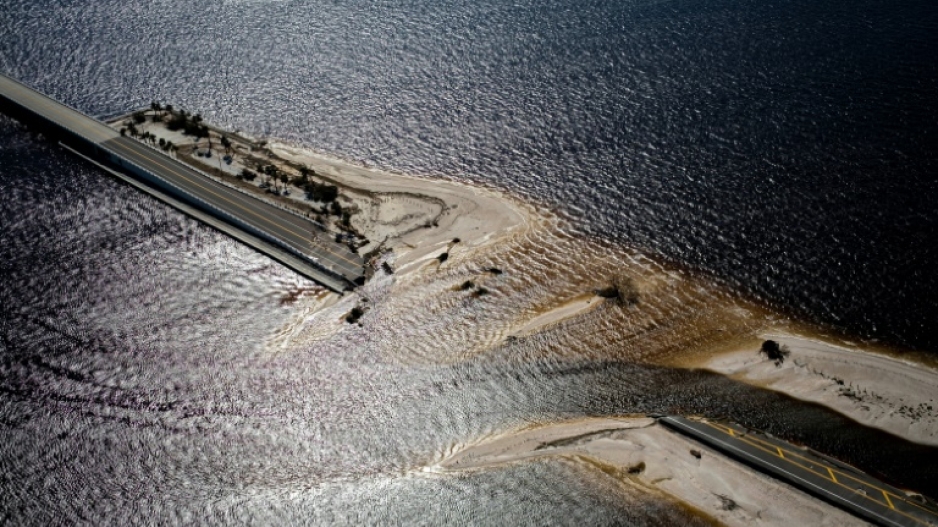 The Sanibel Causeway was left collapsed and impassable by Hurricane Ian, which devastated much of Sanibel Island, Florida and dozens of other communities across the southeastern US state

Rescue teams were assisting survivors Friday in devastated Florida communities and the US Coast Guard said it had made 117 rescues using boats and helicopters of people trapped in flooded homes.

Governor Ron DeSantis said hundreds of other rescue personnel were going door-to-door "up and down the coastline."

DeSantis said the coastal town of Fort Myers where the hurricane made landfall, was "ground zero" but "this was such a big storm that there are effects far inland," including serious flooding in the city of Orlando.

Many Floridians evacuated ahead of the storm, but thousands chose to shelter in place and ride it out.

More than 1.4 million Florida residents were still without electricity on Friday and two hard-hit barrier islands near Fort Myers -- Pine Island and Sanibel Island -- were cut off after the storm damaged causeways to the mainland.