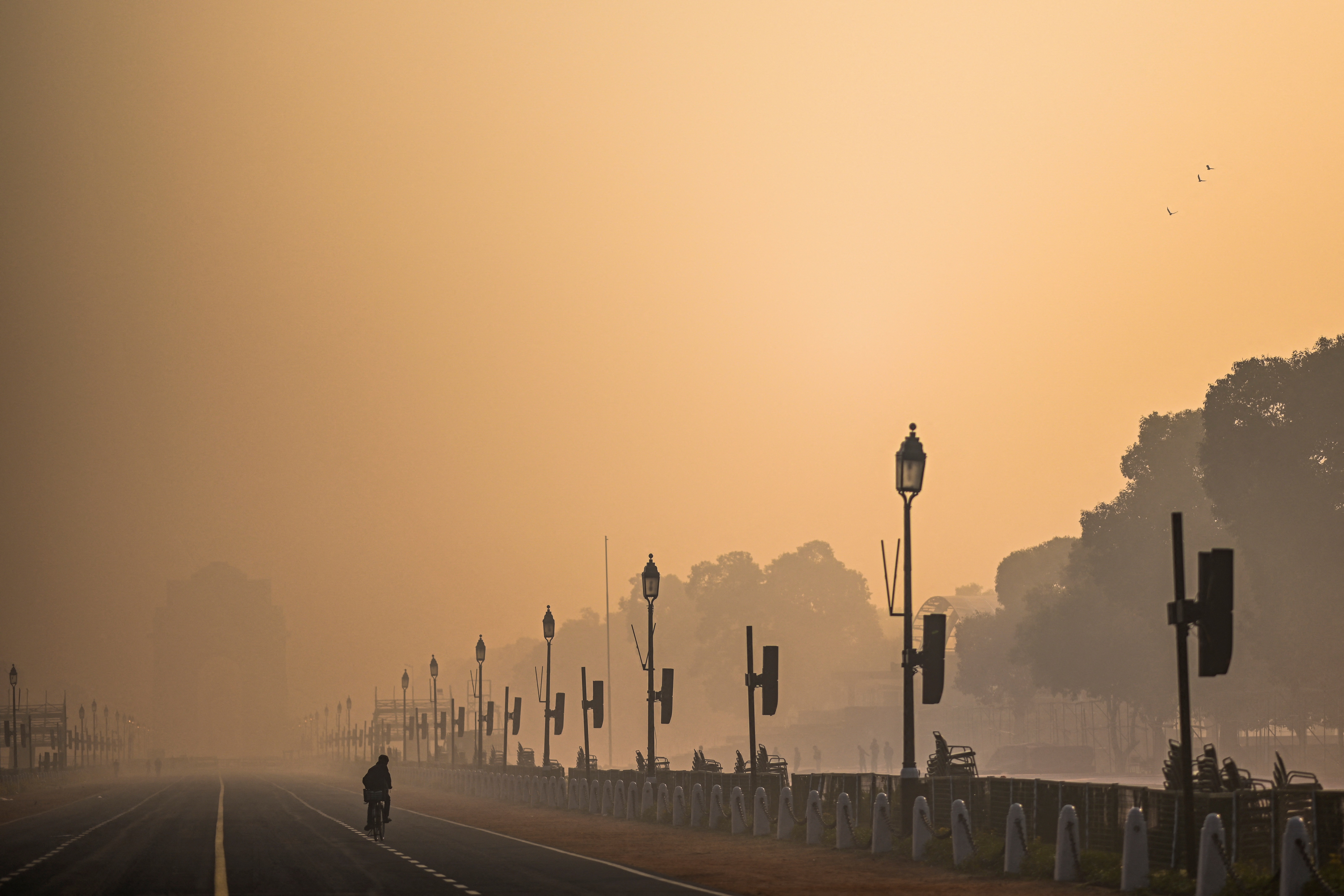 File: A man rides a bicycle along Rajpath amid smoggy conditions in New Delhi on January 28, 2021. Jewel SAMAD / AFP

COPENHAGEN - Air pollution remains too high in most European countries and represents a major health risk, the continent's environmental watchdog warned in a report released Tuesday.

During 2019 and into 2020, levels of particulate matter, ground-level ozone, and nitrogen dioxide were still above both WHO and EU guidelines, the European Environmental Agency reported.

Its report examined concentrations of key air pollutants measured at more than 4,500 monitoring stations across 40 European countries during 2019 and early 2020.

Favourable weather patterns and the lockdowns many countries enforced to counter the spread of COVID-19 helped improve air quality, said the report -- but only up to a point.

Most European Union states still exceeded EU legal limits for pollutants during this period in at least one area.

"Despite improvements, air pollution is still a major health concern for Europeans," said the agency.

"Where you live has an impact on the risks to which you are exposed."

In central and eastern Europe, for example, the burning of solid fuels for domestic heating and their use in industry results in the highest concentrations of particulate matter.

And people in southern Europe are exposed to the highest concentrations of ozone, as sunlight helps form it.

Safe ozone limits were the most frequently violated, said the report, with 24 countries -- including 19 EU states -- breaking them. No country complied with the stricter WHO limits.

Overall, 31 countries fell outside the guidelines set by the WHO. Only Estonia, Finland, Iceland, Ireland, Luxembourg, and Switzerland remained within the limits.

The World Health Organization is due to unveil its new recommendations for safe air levels on Wednesday.