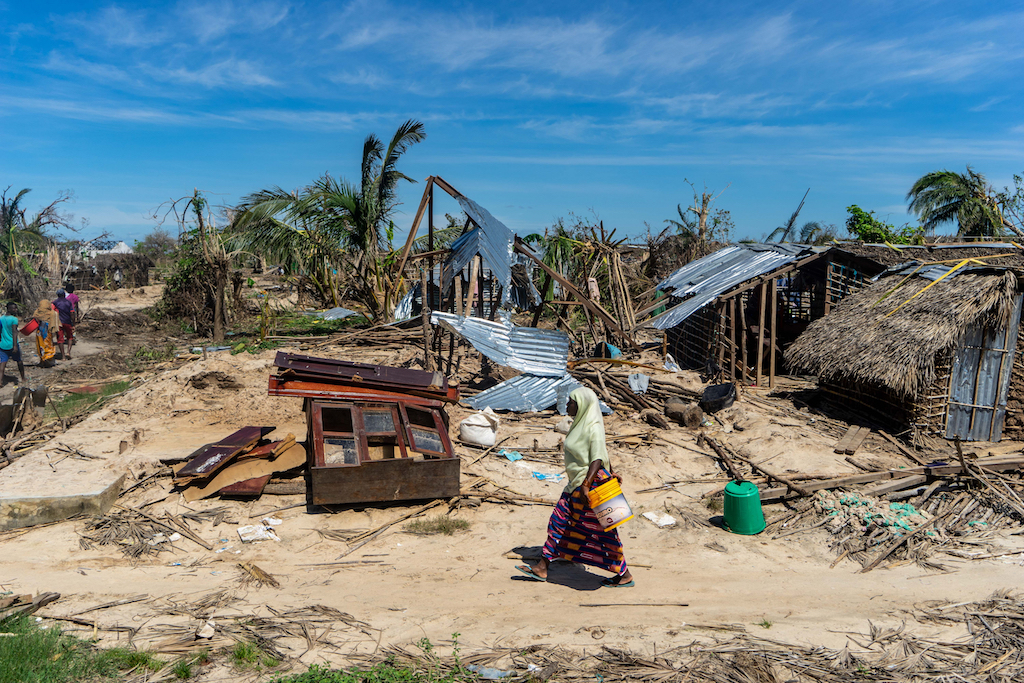 A woman walks past destroyed houses on her way to an aid distribution centre in Mozambique's Cabo Delgado province in the aftermath of a devastating cyclone.

International donors last month pledged $1.2-billion after the poor southern African country was battered by two powerful cyclones within weeks of each other.

But the UN estimated that $3.2-billion is needed overall. Earlier, about $273-million had been raised for the emergency response.

Guterres, who is touring Mozambique, said: "the funds mobilised both for emergency and for reconstruction is far below what is needed".

Cyclone Idai which struck in March was the strongest storm on record to hit Mozambique.

It swept away homes, roads and bridges, leaving around 700 people dead and displaced 1.5 million others.

"The two severe cyclones that struck Mozambique are a consequence of global warming," Guterres said, adding Mozambique was the victim of climate change yet "it contributes nothing to global warming".

"The international community has a moral responsibility to show solidarity with Mozambique," he said after talks with President Filipe Nyusi in Maputo.

On Friday, Guterres is due to fly to Beira city which was the hardest hit by cyclone Idai. There he will visit displaced people housed in temporary shelters and meet the local authorities.